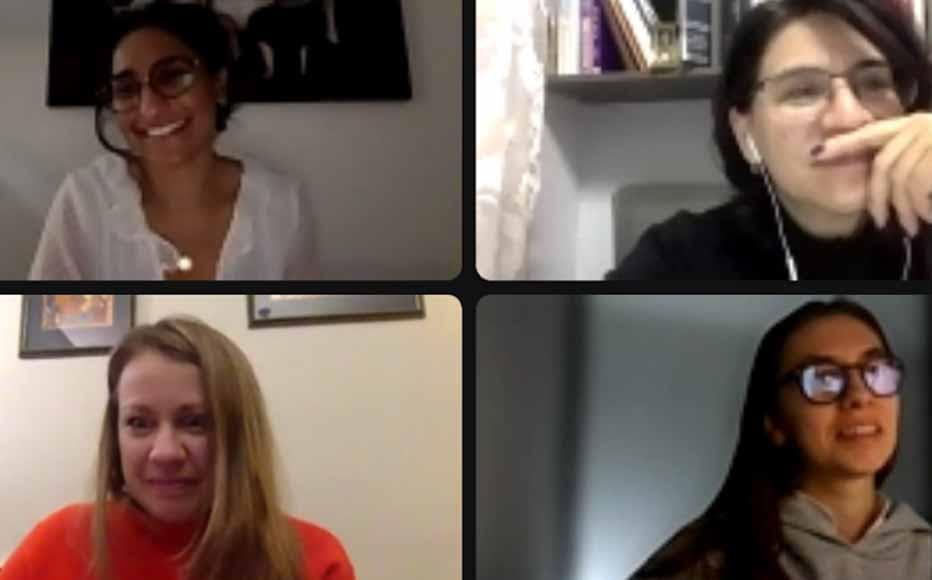 This year’s LEADx took place online on February 7-18, 2022.
The link has been copied

Participants in IWPR’s annual LEADx Change seminar, which brings aspiring professionals from eight countries together to boost their leadership, negotiation and decision-making skills, stressed the scheme’s added value at a time of huge uncertainty in Europe.

Now in its third year, LEADx connects dozens of emerging leaders across a wide range of sectors with each other and with leading educators and experts via a series of workshops and seminars. Participants are drawn from academia, civil society, government, media, business and other sectors in the Eastern Partnership region and receive a LEADx Change diploma on graduation.

During sessions, conversations often turned to the possibility of war and there was the opportunity to discuss the issue with world-renowned leaders, including former NATO Supreme Allied Commander in Europe James Stavridis, who joined LEADx on graduation day.

Candace Bertotti, a lecturer at the Harvard Kennedy School who led sessions on communication, said that the programme’s aims were particularly important in light of the Ukraine war.

“How we behave as leaders calls on others' behaviour,” she continued. “LEADx teaches essential skills for resolving conflicts peacefully, speaking up and inviting dialogue in ways that others can hear and be influenced, and communicating more effectively under stress so we can more readily solve problems together.”

Harvard lecturer Robert Wilkinson, who led sessions on leadership, agreed that the war in Ukraine only made events like LEADx “more relevant than ever”.

In a survey conducted after graduation, nearly three-quarters of those who took part in LEADx Change said that they had improved their negotiation, decision-making, leadership and communication skills.

Jino Dollini, the founder of a co-working space in Georgia, said that LEADx Change had provided “a tremendous amount of value”.

She added, “I’m still digesting all the knowledge I received. After the programme I gained better self-esteem, and my path as a leader became clearer. I’ve learned a lot of tools to improve the negotiation process that I’m going through almost every day, and I also feel more confident when I’m making the final decision.