“No excuses for silence,” audience at film screening is told.

“No excuses for silence,” audience at film screening is told. 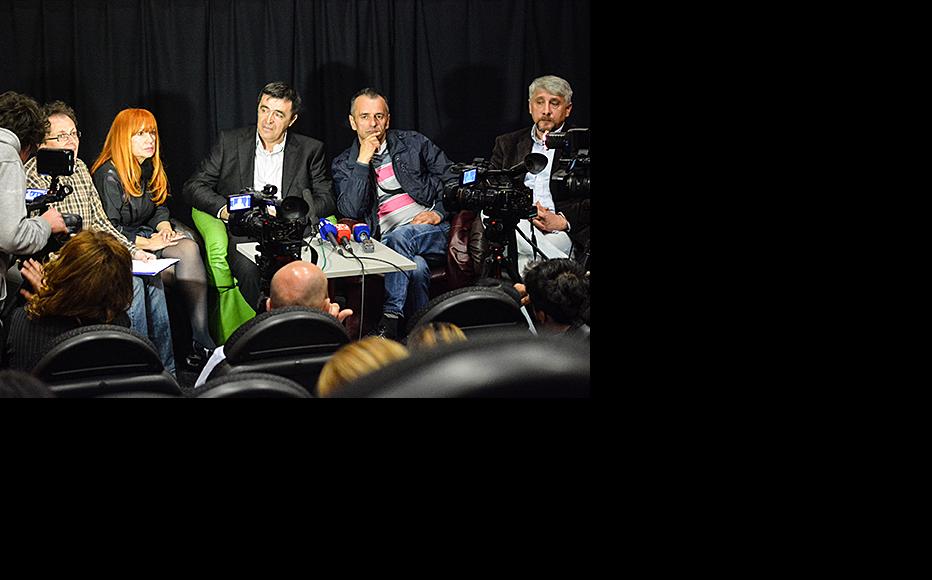 Participants in a discussion after the screening of "Macedonian". (Photo: Mario Donlic) 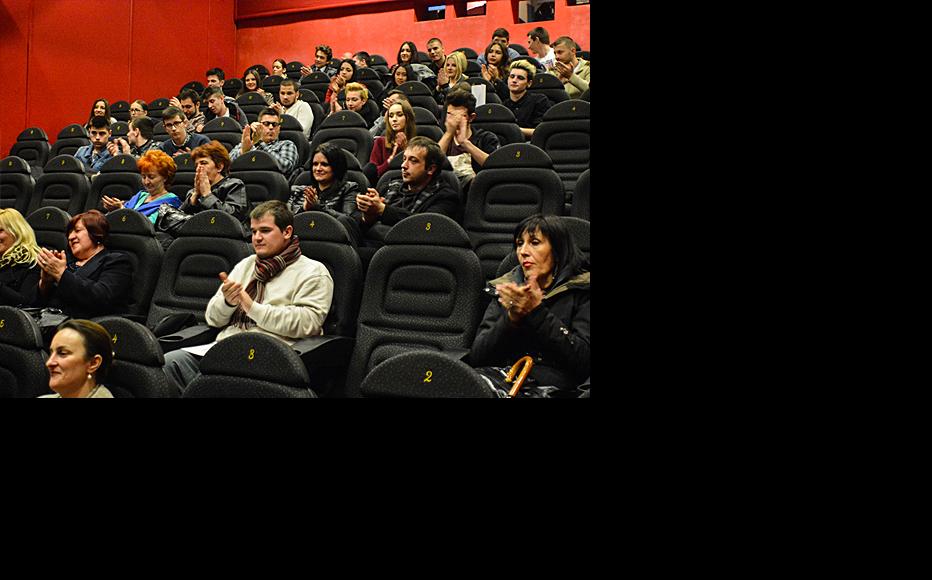 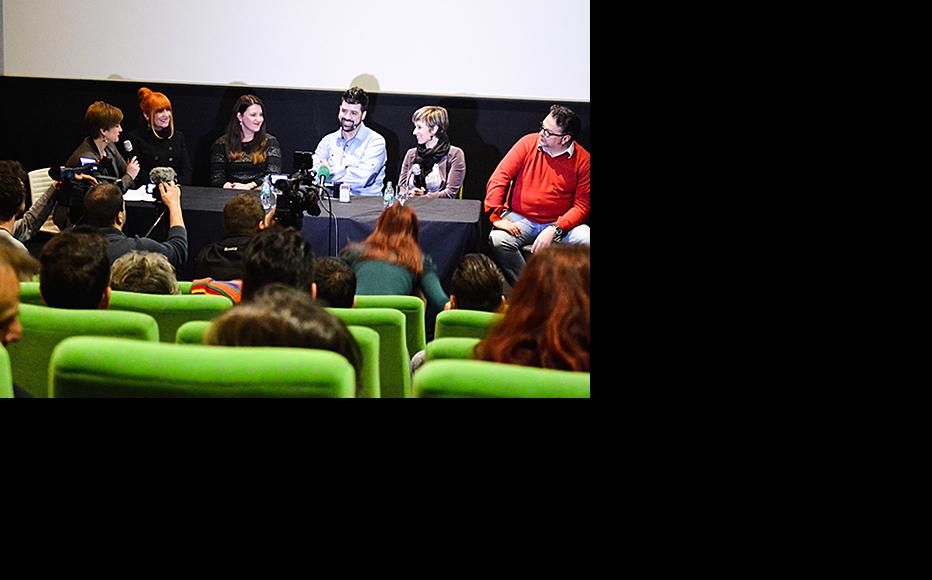 Debate held after the screening of "No Excuses". (Photo: Mario Donlic) 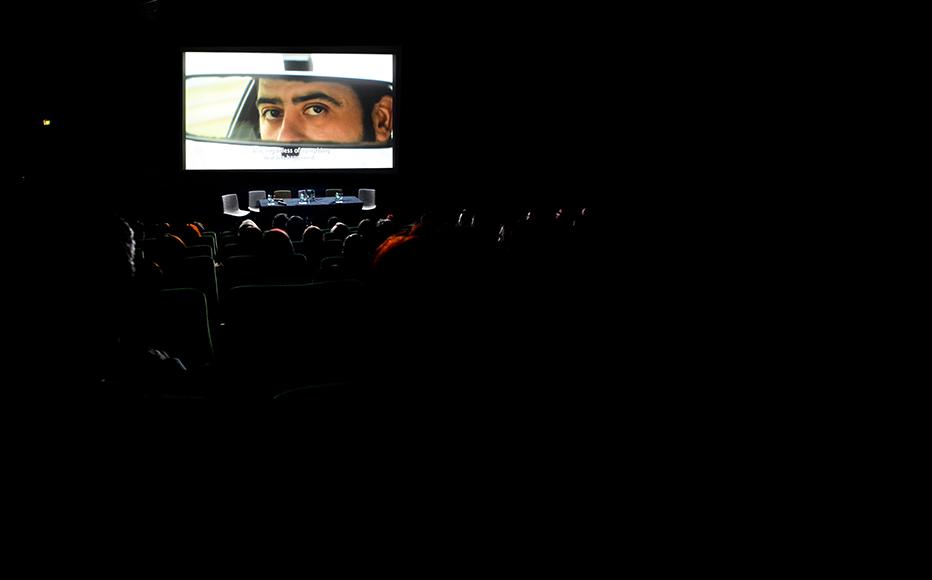 Screening of "No Excuses". (Photo: Mario Donlic)
The link has been copied

Audiences at two recent screenings of IWPR documentaries in Sarajevo and Banja Luka said they had been given a rare opportunity to hear new perspectives on the plight of Serb civilians during the war in Bosnia.

No Excuses, about the wartime killing of Serb civilians at the Kazani Ravine, was shown in Sarajevo on April 7. Macedonian, a film about a Bosniak (Bosnian Muslim) officer who refused to attack a Serb village, was screened in Banja Luka on March 24.

Both films were produced by IWPR and Mebius film and were part of IWPR’s Tales of Transition project, funded by the Norwegian embassy in Sarajevo.

No Excuses followed the story of a young history teacher, Haris Jusufovic, a Bosniak from Sarajevo, as he tried to memorialise crimes that were committed against Serb civilians during the 1992-95 siege of the city.

The documentary was based on an article Jusufovic wrote last year for the Banja Luka news portal Buka about Serb civilians who died in the Kazani ravine on Mount Trebevic, near Sarajevo. In 1992 and 1993, an unknown number were taken to Kazani by members of the Bosnian government army’s 10th Brigade and murdered, often by beheading.

So far, the remains of 29 victims have been exhumed and 15 of the bodies have been identified. The Institute for Missing Persons believes that at least eight more individuals are buried at the location.

Fourteen members of the 10th Brigade have been prosecuted in relation to the Kazani murders and sentenced to between ten months and six years in prison. Their commander, Musan Topalovic, was killed in 1993 and never faced trial.

The only member of the 10th Brigade charged with war crimes was Samir Bejtic. In 2006, he was sentenced to fourteen-and-a-half years in prison, but he was later acquitted. He is currently being retried at the cantonal court in Sarajevo.

Jusufovic believes that Sarajevo residents, regardless of ethnicity, should support the prosecution of all alleged perpetrators and the speedy exhumation of the remaining bodies at Kazani. He also argues that family members of the victims should be allowed to place a memorial plaque at Kazani, something they have been requesting for many years.

According to Jusufovic, ignoring unpleasant events from recent history will not help anyone.

“We have to face the skeletons from our past in order to have a future,” he wrote in the Buka article, which was published in October 2014. “I don’t want to bear the burden of crimes committed against Serbs, because my own conscience is clear.”

Jusufovic repeated his message at a round-table discussion held after No Excuses was screened at Sarajevo’s Cinema City.

“There are no excuses for silence,” he said. “We have a responsibility to find [the missing] and to build a memorial for Bosnian Serb civilians killed at Kazani.”

Jusufovic’s wife Selma, who was also featured in the documentary, told the round table that talking about such events was hard and that many people they knew disapproved of their actions.

“People told us that the war was over long ago and that we should live our lives and let go of the past,” she said. “But we can’t do that.”

Buka editor Aleksandar Trifunovic congratulated Jusufovic on being so frank about the Kazani atrocities.

“Things are never just black and white. It’s time to stop focusing only on those who committed crimes against ‘us’, and seeing ‘our side’ only as victims and ‘their side’ only as perpetrators,” Trifunovic said. “It’s in human nature to feel empathy for others. That is something that separates us from animals. Once we start choosing only victims from one side to empathise with, we start losing our humanity.”

Duda Sokolovic, who co-authored No Excuses, said that working on the documentary had been a very special experience for her.

“I’m so happy that Haris Jusufovic, who isn’t a professional journalist, decided to write this story for Buka and that he was not afraid to speak up,” she said. “I hope that many people will see this documentary and that it will trigger some reaction.”

Macedonian - Film by IWPR and Mebius.

Another documentary called Macedonian was screened at a cinema in Banja Luka on March 24.

It told the story of a former Bosnian government army officer Amir Reko, nicknamed “Macedonian”, who prevented the killing of 44 Serb civilians in the summer of 1992. This happened only days after his own mother and six other family members had been murdered by Bosnian Serb forces.

Government forces had identified the eastern Bosnian village of Bucje as a target in an ongoing military operation. However, Reko knew that dozens of Serb civilians could be killed if the mission went ahead, so he stopped his troops from attacking. Instead, he went to the village and told the inhabitants that they would not be harmed.

In the documentary, one of the villagers said that “only God and Amir Reko saved us that day”.

“It’s hard to remain human during war when terrible things happen, but war crimes can never be justified,” Reko said in the film.

Young people at the Banja Luka screening said that both the story and Reko himself had left a lasting impression on them.

“This is a very good documentary which should be shown to a very wide audience. Reko is a true hero,” said Bojan Belnzada, a young Serb from Banja Luka.

Aleksandar Belmaz said he particularly liked the film’s message that humanity can and should prevail even in the most difficult circumstances.

“Knowing that there were good individuals on all sides who did the right thing regardless of the consequences will help the process of reconciliation in this country a great deal and will allow us all to move on,” he said.

Dzenana Halimovic reports for RFE and IWPR in Sarajevo. Maja Bjelajac is an RFE and IWPR reporter in Banja Luka.