Documentaries deal with war’s legacy as well as ways to co-exist.

Documentaries deal with war’s legacy as well as ways to co-exist. 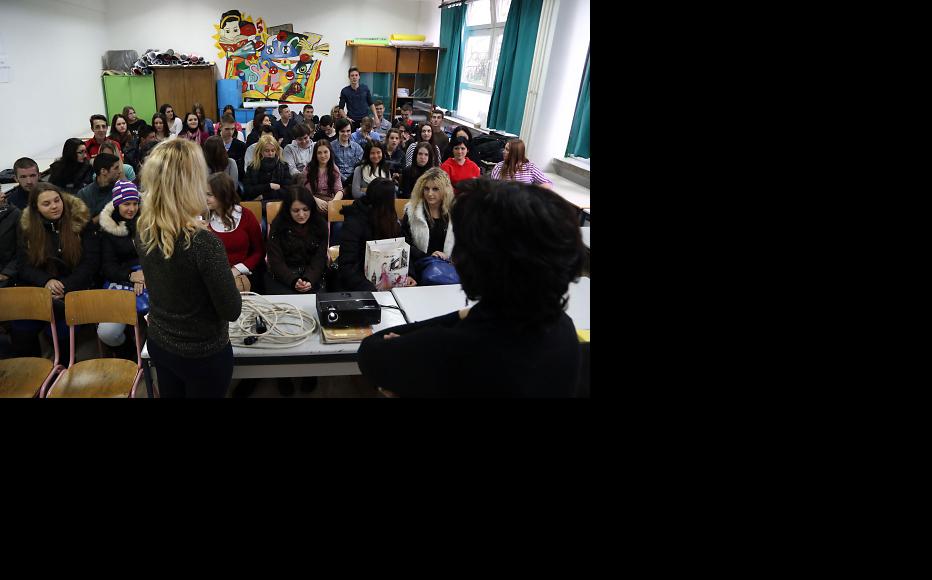 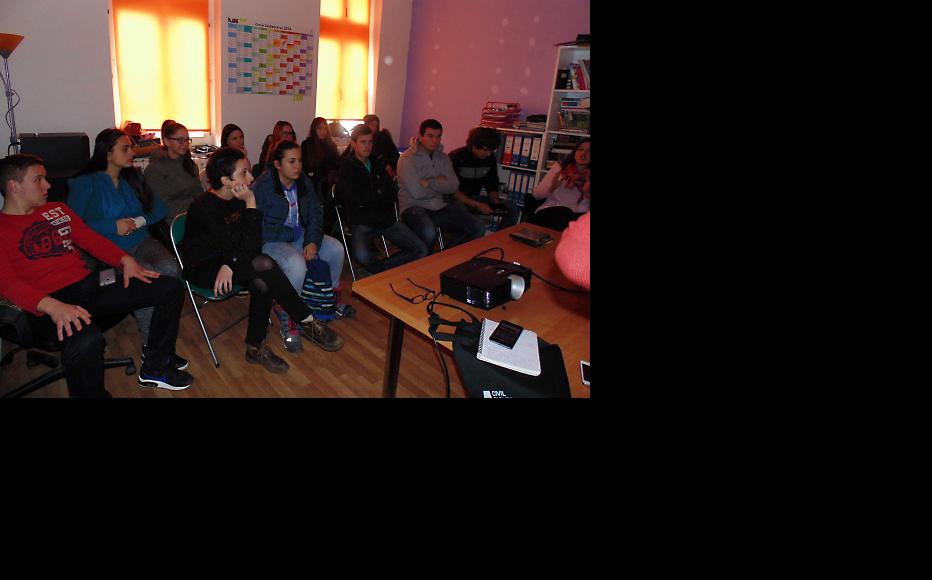 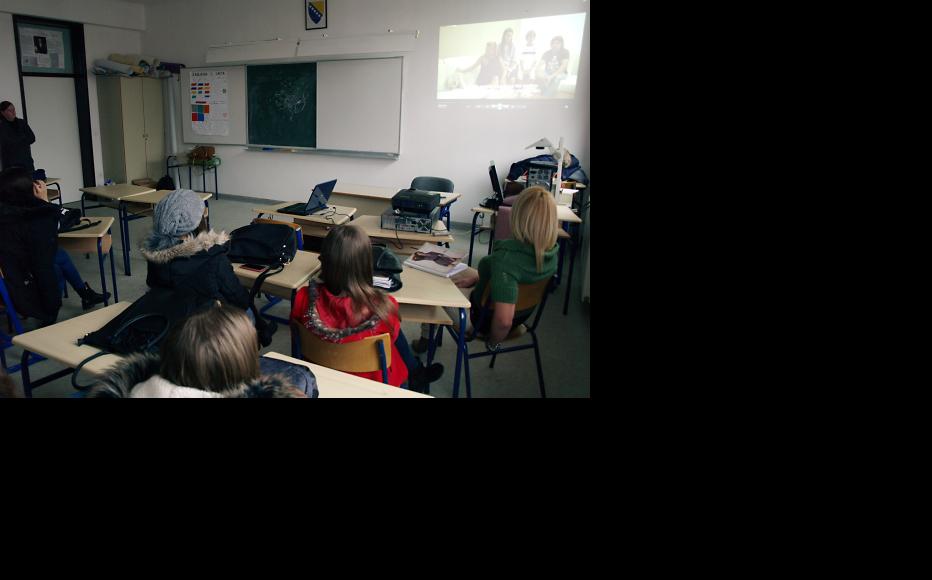 Students at the Mustafa Novalic high school in Gradacac. (Photo: Maja Nikolic)
The link has been copied

Screenings of two IWPR films about the war of the 1990s generated intense debate among Bosnian high school students about how to best promote peace and reconciliation.

As part of the Challenges of Transition II project, funded by the Norwegian Embassy in Sarajevo, more than 400 students in six high schools took part in events held in November and December 2015.

The two documentaries, No Excuses and I Love SFK, were produced by IWPR and Mebius film.

The ethnically mixed women’s football club SFK 2000 was the subject of I Love SFK, which documents their losses and victories both on and off the pitch.

No Excuses follows the story of a young history teacher, Haris Jusufovic, a Bosniak from Sarajevo, as he tried to memorialise crimes that were committed against Serb civilians during the 1992-95 siege of the city.

Its screening sparked a particularly lively debate among students at the Catholic Gimnasium Sveti Franjo in Tuzla.

One participant, Asja, said that there could be no coexistence as long as one ethnic group kept accusing others of total responsibility for the war.

Another student, Marija, said she has a friend whose family were opposed to her mixing with young people from other ethnic groups.

“Her father is a real Croat nationalist. If he knew she had friends of different ethnic backgrounds, she would be in trouble. But my friend is nothing like her father,” Marija said.

One youth, Jasenko, said that his generation was much more tolerant towards members of other ethnic groups than their parents’.

“We are being bombarded by the stories of what the war has done to our country and our peoples. And yet, we, the young people, manage to be tolerant and accepting. We care about each other’s ethnicity much less that our parents do,” he said.

School director Vlatko Rosic said that Jusufovic, the protagonist of No Excuses, was incredibly brave.

“He has a wife and a child, but he is not afraid to demand the truth about his Serb neighbours. I think that individuals like him can do a lot to change the atmosphere of hopelessness we live in,” he said.

The same film was shown to students at the Technical School in the town of Prijedor in Republika Srpska.

One student, also named Marija, agreed that children in Bosnia could not escape their parents' views of the war.

“One generation transfers its personal opinions on the war to the next generation, and these opinions are always biased and ethnically-based. All sides claim to be the victims who have only defended themselves from the ‘others’. What they don't realise is that there were victims and perpetrators on all sides,” she said.

Reactions to the film I Love SFK, which focused on the friendship between Croat, Serb and Bosniak female football players, were overwhelmingly positive.

Proud of their close ties, SFK 2000 players say there are no ethnic tensions within the team. Their only goal is to achieve the best results possible in a country where women’s football is still undervalued.

Students at the Mustafa Novalic high school in Gradacac said they found this attitude inspirational. The students were particularly impressed with the strong bond among the girls of different ethnic backgrounds and the fact that they were not just teammates, but also friends.

“What you can see in this film is that no matter how hard politicians in this country may try to divide us, there will always be people, such as these girls, who will defy these divisions. Their dreams have no limits and I find that inspirational,” said a student named Lejla.

“I loved this film,” added her classmate Emira. “These girls are spreading such positive energy. We can all learn from them that every goal can be achieved only if we work hard enough.”

“What these young girls do is really fantastic. They are so smart. Their determination to succeed and the amazing energy they put into achieving their goals should be an example for all of us,” she said. Corbo invited IWPR to organise more such events in her school in the near future.

At the Sveti Josip medical high school in Sarajevo, student Lucija said that I Love SFK showed how the fear of difference could be overcome.

“I am very pleased to see that there are strong individuals, particularly women, who teach us through their own example that anything can be achieved if one wants it hard enough,” she said.

Her classmate Andrej said this film also reflected the gender bias women in Bosnian society were subjected to.

“But this film's message is that one should fight discrimination in any way they can, so that this world would be a better place for all of us,” he added.

Lucija said that, outside of the main cities, people in Bosnia lived insular lives in their own communities.

“Those lost their loved ones in the war are especially vulnerable. They live with their pain and don't seem to be able to overcome their prejudices against the ‘other’.”

“As the mother of one of the girls from the team SFK said in this film, it's all in your head,” said another student, Mateo. “If you want to look at others as if they were the enemy, then you will, and if you don't, you won't.”

One girl, Tatjana, described the prejudices of her hometown of Gornji Vakuf in central Bosnia, divided along ethnic lines between Bosnian Croats and Bosniaks.

They go to separate schools, cafes and restaurants.

“When I told my friends and family that I would go to school in Sarajevo, they were all very worried about me and tried to talk me out of that,” she continued. “They were concerned about my safety as a Croat coming to live in a city with Bosniak majority. I was afraid, too. But when I arrived in Sarajevo, I realised my fears were unfounded. I have never been insulted by anyone here for being a Croat or a Catholic.”

“It is very difficult to change our parents' views of other ethnic groups because they remember all the bad things from the war,” Tatjana said. “When I told my mother that I have a friend who is not a Croat and who sometimes helps me more than she, my mother, does, she couldn't believe it at first, but she gradually began to accept it.”

The message of I Love SFK was very positive, Ajla continued.

“It teaches us that sport is one of the best tools for spreading tolerance instead of hatred. If you want to succeed in a team sport, then you have to respect your teammates, whoever they might be, because you can achieve good results only when you are united.”

Bosnia and Herzegovina
Conflict resolution, Youth
Connect with us