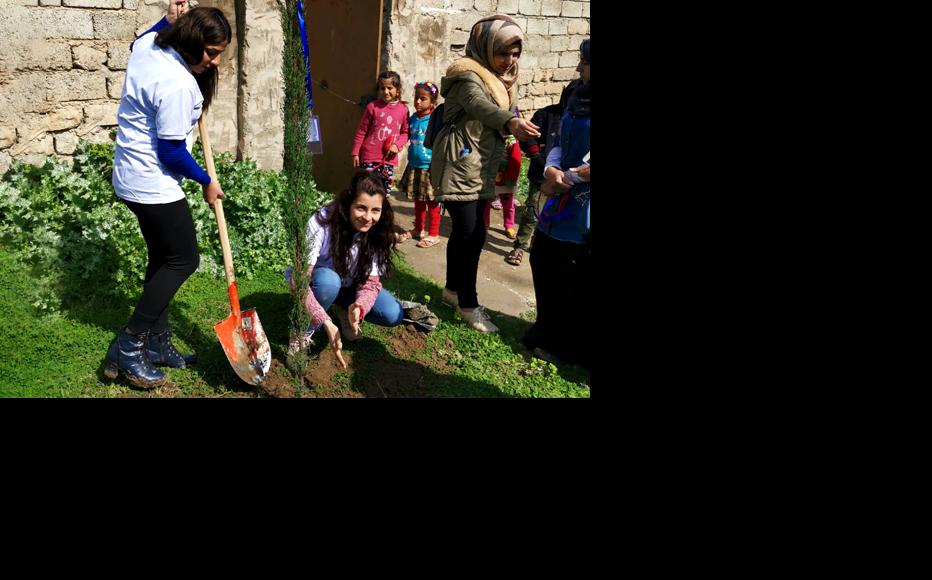 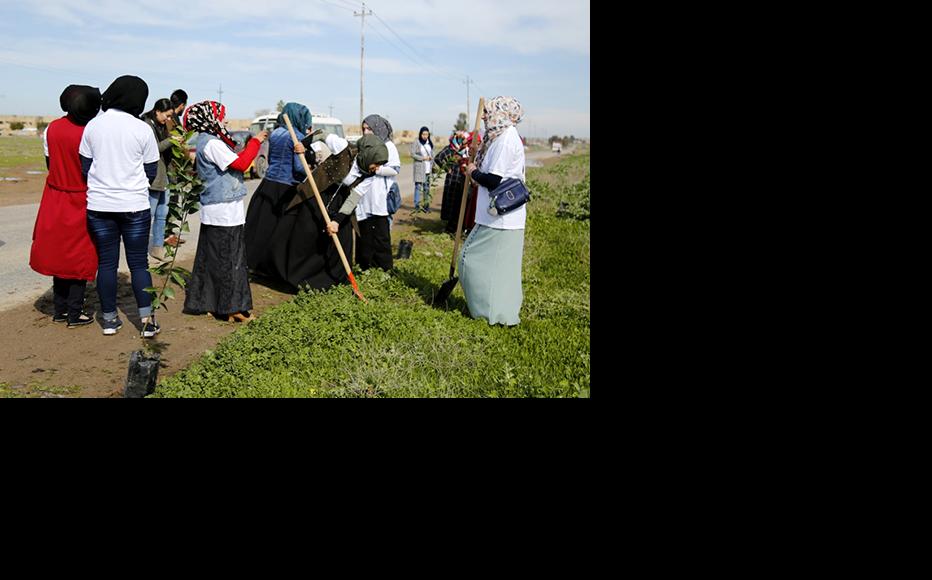 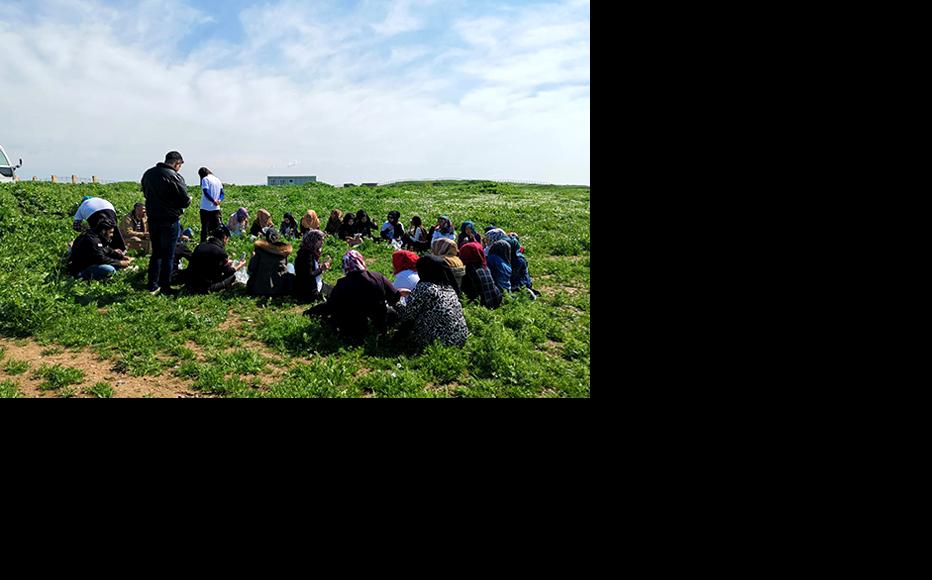 Participants sit down with the champions for a communal lunch. (Photo: Abdulla al Ahmad/IWPR)
The link has been copied

Champions of Reconcilation and Women Rights (CRWR) decided to mark International Women’s Day in the district of al-Namrood, dominated by IS prior to 2016.

To highlighting the importance of women in building and promoting peace, they brought together 25 young representatives from the Shabak, Turkmen, Sunni and Christian minorities who planted trees in a number of villages as a symbol of new beginnings and reconciliation.

A total of 150 fig, orange and olive trees were planted in the villages of Zibaneya, Naamaniya, said Hamad, Nayfa, and Namrood, all of which experienced violent repression during IS rule. Each tree was labelled with the campaign’s hashtag and the name of the women who planted it.

“We desperately need such activities, as participating in this one made me feel that I’m stronger and I can do something beneficial for my society,’’ said Noor, 18, one of the participants.

After a morning planting trees, with a warm welcome from the local villagers, the group shared a picnic lunch and discussions on how to better cooperate over the challenges shared by Iraqi women.

Yazidi champion Nazik Barakat said, “I am very happy to be able to come to these villages that suffered war, terror, and marginalisation and contribute to the positive change it’s embracing, especially in terms of women empowering and strengthening their role in the community.”

“Iraqi women have suffered a lot in the past, [everything] from oppression to marginalisation and harassment. It’s time we contribute to highlighting the important role of women in society and bringing about positive change,” added one female participant who asked to remain anonymous.

Attendees agreed to continue their work by forming a volunteer group in Nineveh to promote female empowerment and participation. Local IWPR champions will conduct follow-up sessions on social activism and identify participants who can go on to advocate for their communities, especially on gender rights-related issues.

The event ended with the champions distributing souvenir mugs featuring the campaign’s hashtag, made by a local female Shabak artist who, forced to flee during the IS occupation, had returned to work on her art.

The local authorities were also supportive and appreciative of the initiative.

“This initiative reflects the peace and love that we want to show, especially after all that’s happened to our villages during the IS occupation,” Nayfa municipality head Mahmoud Ahmad said. “Through you we feel that we are being heard and we want the rest of the world to know that we want to live in peace, promote the role of women in our communities and encourage women’s initiatives and their role in promoting peace.”

The #Rafaast_Rass campaign aims to increase awareness of women’s rights and foster their participation at all levels of Iraqi society. It will also encourage men and the wider community to be more supportive of women’s rights development and initiatives, reaching out to correct religious, tribal and societal misconceptions.