Events travel to region’s five capitals with the aim of inspiring creativity and cross-border connections. 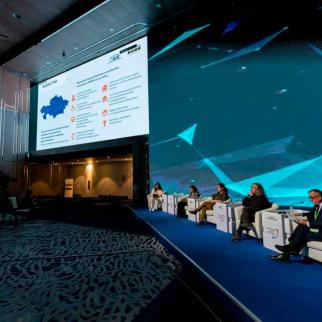 The event brought together prominent Kazak and international NGO representatives, officials, public figures, entrepreneurs and philanthropists on April 22 and 23. © CABAR/IWPR

Events travel to region’s five capitals with the aim of inspiring creativity and cross-border connections. 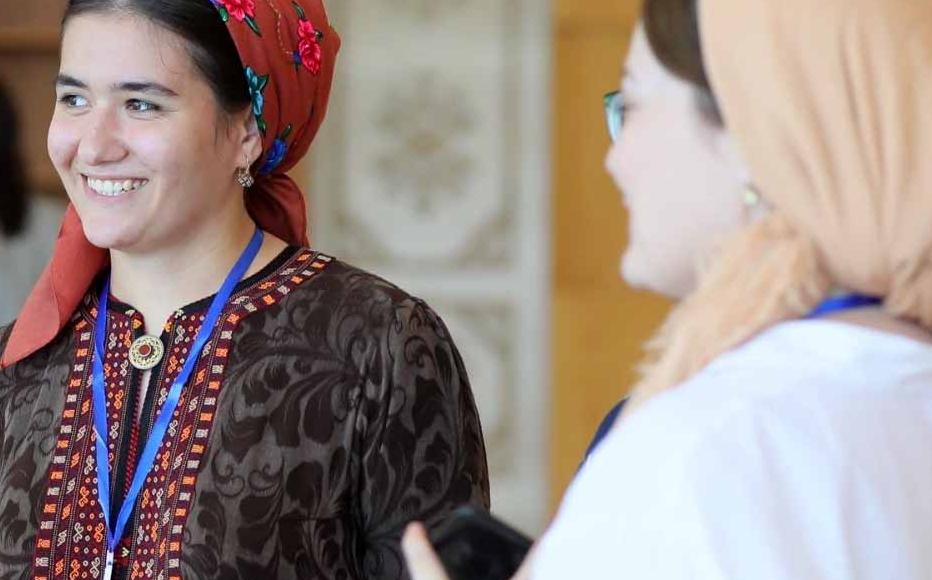 The event in Ashgabat has been the continuation of a series of regional festivals that have already been held in other cities of Central Asia – Dushanbe, Tashkent, Bishkek and Almaty. © CABAR
The link has been copied

Over 5,500 entrepreneurs, artists, IT developers, journalists and activists gathered in a series of Go Viral festivals held in all five Central Asian capitals between May and July this year.

With the theme Search Invent Solve, the festivals encouraged participants to find inspiration and develop ideas in cooperation with like-minded people. Each event - including one in Turkmenistan’s capital Ashgabat, where such gatherings are extremely rare -  encouraged and supported participants to create teams, start joint projects or simply share ideas with professionals to receive suggestions and instructions about how to turn them into reality.

Each Go Viral festival reflected the host country’s culture. A chapan, a traditional coat common across the region, embroidered in the national pattern of each country, served as a symbol of friendship among members of the Go Viral community, while project ambassadors dressed in their national colours.

The festivals kicked off in Dushanbe in mid-May, with three days of events for bloggers, media experts, IT specialists, creatives and start-ups. Speakers also covered digital art, NFTs, blockchain and cryptocurrencies.

“I think it is the best festival in the last two years that I have attended in Dushanbe,” said Farzona, a participant of the Tajikistan event.

A second event took place at the end of May in Uzbekistan’s capital Tashkent, with a particular focus on IT, media and art. Bloggers and content creators discussed how to write texts and create videos with smartphones; artists learned about digital art, motion design, and how to monetise their work. Budding filmmakers were inspired by the work of the winners of the 48hourfilmrace contest.

“The Go Viral Festival is an opportunity to meet with creators, professionals, and get advice and practical knowledge from highly qualified specialists at the international level,” said Saida, a participant of the Tashkent event. “Every speaker inspires, while every participant becomes a friend and partner on the professional path.”

In June, Go Viral moved to Bishkek, where it centred on entrepreneurship and the creative economy. The timing could not have been better: a few weeks later, Kyrgyzstan adopted a law on parks for creative industries, which gives tax breaks to creative entrepreneurs.

In late June, Go Viral became Kazakstan’s largest festival of the year, with international experts running sessions on start-up culture, how to break into the US market, venture capital, and how to deal with uncertainty in a constantly changing world.

The Almaty event also featured the Start-up Expo, in which participants could pitch their ideas to business angels, answer questions and get feedback.

“I think it’s a great opportunity for all Central Asian residents,” said participant Almira. “Speeches by professionals from Almaty to Silicon Valley are invaluable.”

Guests in both Almaty and Bishkek were the creative minds of DBillions, a Kyrgyz YouTube channel producing English-language educational videos for children in. The project, the brainchild of Ernest Umetaliev and his wife Cholponai Kenz, has become a You Tube phenomenon with billions of views.

The Go Viral tour ended in Ashgabat at the beginning of July. The first such event in Turkmenistan, the festival encouraged the 140 participants to see themselves as part of a larger group of like-minded people as they interacted with experts in media, culture and technology.