The winner of the EUMM Special Prize Ketevan Magradze pictured with Beka Bajelidze, Director of IWPR Caucasus, and Marek Szczygieł the Ambassador for the EUMM Monitoring Mission in Georgia. © Delegation of the European Union to Georgia
The link has been copied

In August 2018, Ketevan was hiking with friends on a trip that took them into the de facto republic of South Ossetia. Georgian citizens are banned from entering and she and fellow hikers were held for several days, before being released to much public fanfare.

Magradze said that her piece was intended to encourage a more constructive dialogue around a sensitive issue.

“The article submitted to the competition was my very first work, and as a journalist, taking the first steps in my career to reach the finale was already a great success,” she continued. “Hearing my name when they announced the winner was a shock.”

The EU Prize for Journalism, first established in 2012, is an annual event that encourages professionalism and ethical conduct in Georgian journalism.

The Peace Journalism category itself was established in 2013 by EUMM and IWPR and seeks to reward the best conflict-sensitive reporting contributing to confidence-building and dialogue in the context of armed conflicts in Georgia. 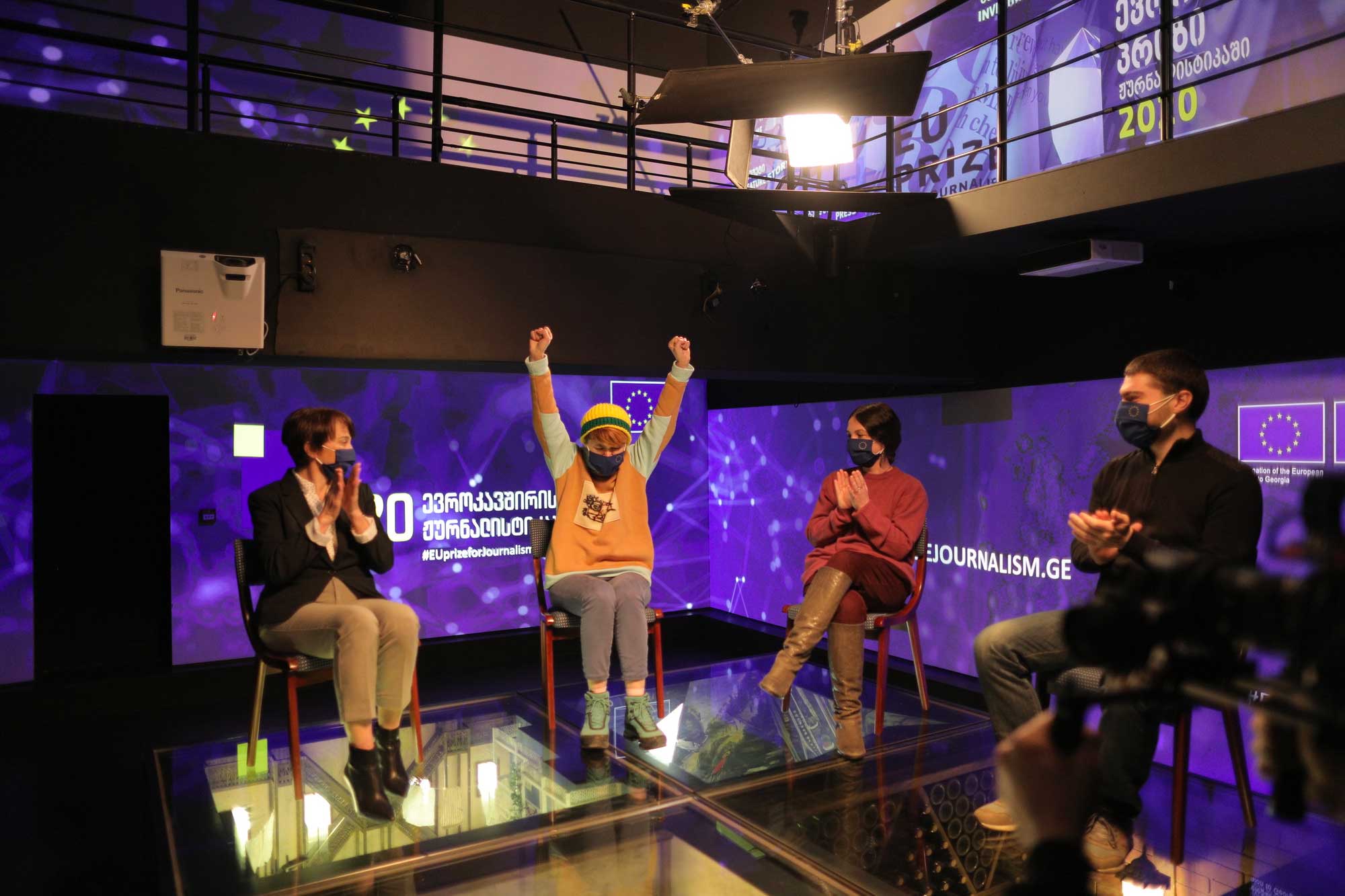 Magradze said, “It may encourage Georgian journalists to pay more attention to the tiny expressions of goodwill from the Ossetian and Abkhazian side while covering the conflicts, which will accelerate the restoration of trust and the reconciliation process.”

Her award includes a month-long fellowship with IWPR’s head office. Honourable mentions were also given to Nino Lomadze, Giorgi Chagelishvili and Maya Pipia.

The winners of the other six categories covering print, broadcast, online, and photojournalism will receive a cash prize of 6,000 GEL each (1,800 US dollars).

The winning works can be found at www.euprizejournalism.eu

Despite the pandemic, the number of applications exceeded expectations, with 126 journalists and photographers submitting their work for consideration.

“This confirms the interest in the positive role that the media can play in building strong, healthy and peaceful democracies,” EUMM head Marek Szczygieł told the virtual award ceremony, live-streamed from the Holoseum Tbilisi on March 23.

“The EU monitoring mission is committed to ensuring stability throughout Georgia and to building confidence among communities. That’s something we cannot achieve alone, but independent and conflict-sensitive journalism do play a critical role in that.”

Carl Hartzell, head of the EU delegation, noted that “2020 was an extremely tough year, including for the [Georgian] media, being in the front line of a political crisis as well as keeping us informed on the Covid pandemic”.

All entries were assessed by a four-member jury of local and international media professionals.

“It was an honour to be invited to sit on the jury for the EU Prize for Journalism which, in my opinion, plays a vital role in promoting creativity and excellence in Georgian media,” said Michael Randall, an Emmy Award-winning media consultant. “The exceptionally high quality of the entries made the decision-making process a challenging one but Keti Magradze’s piece stood out for its vivid and compelling storytelling as well as its fascinating insight into the impact of the South Ossetian conflict on human relationships and behaviour. I was utterly captivated from start to finish.

Giving Voice, Driving Change - from the Borderland to the Steppes
Georgia
Journalism, Reconciliation, Peace
Connect with us