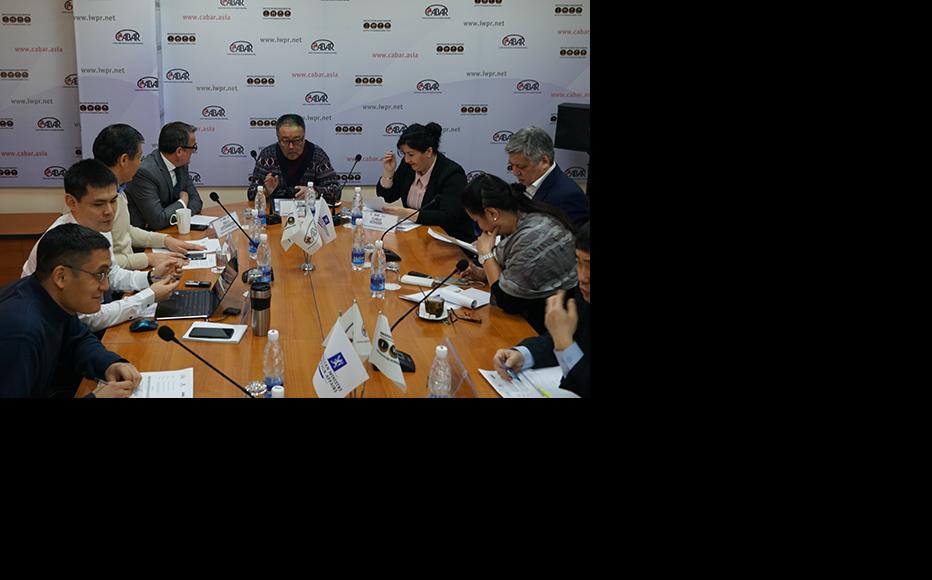 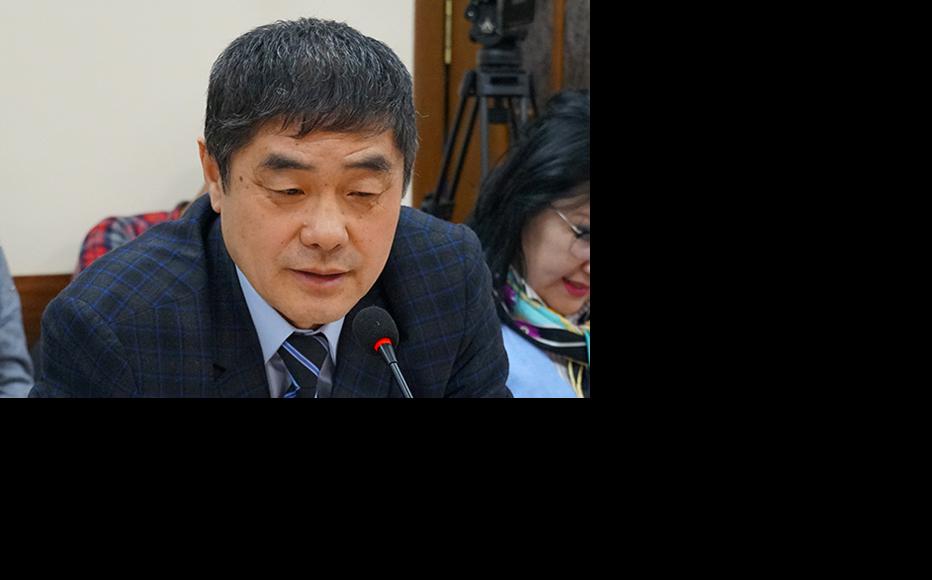 Vladimir Liu, Deputy Chairman of the Kyrgyz Association of sinologists and former dean of the Kyrgyz-Chinese faculty of the Bishkek University of Humanities (BHU). (Photo: CABAR.asia) 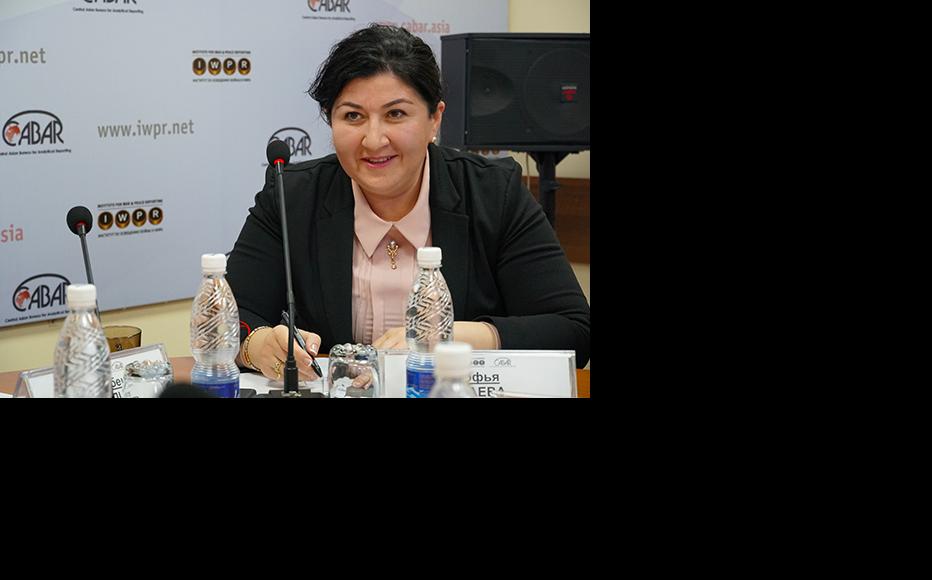 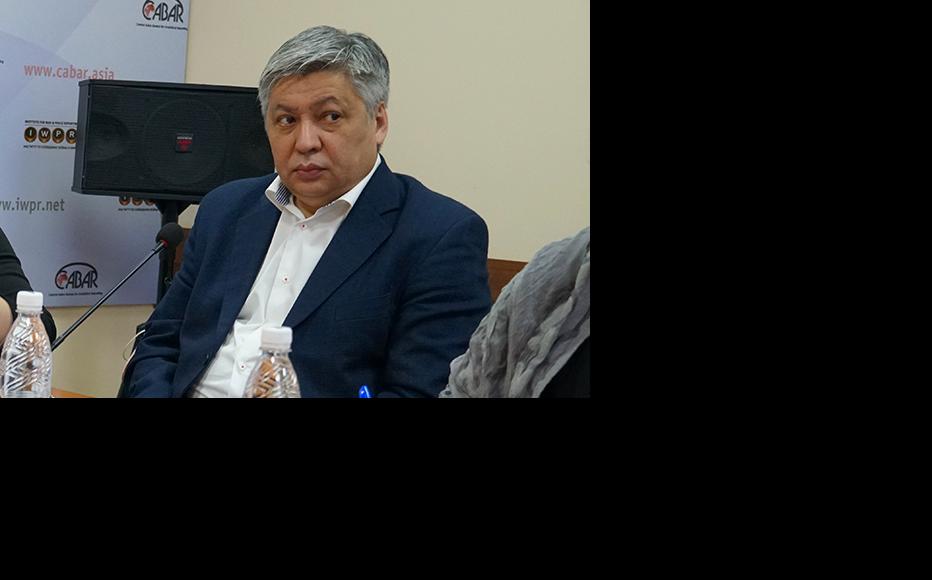 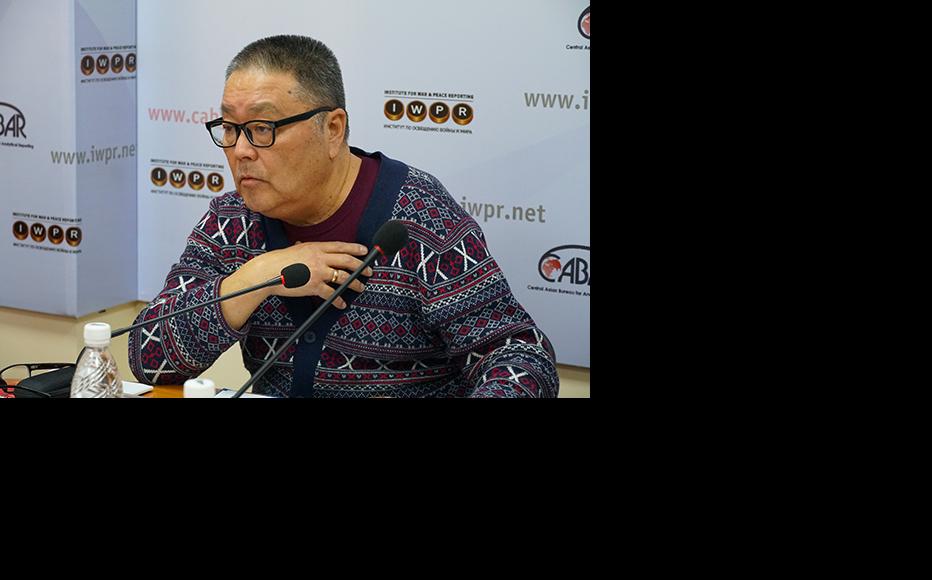 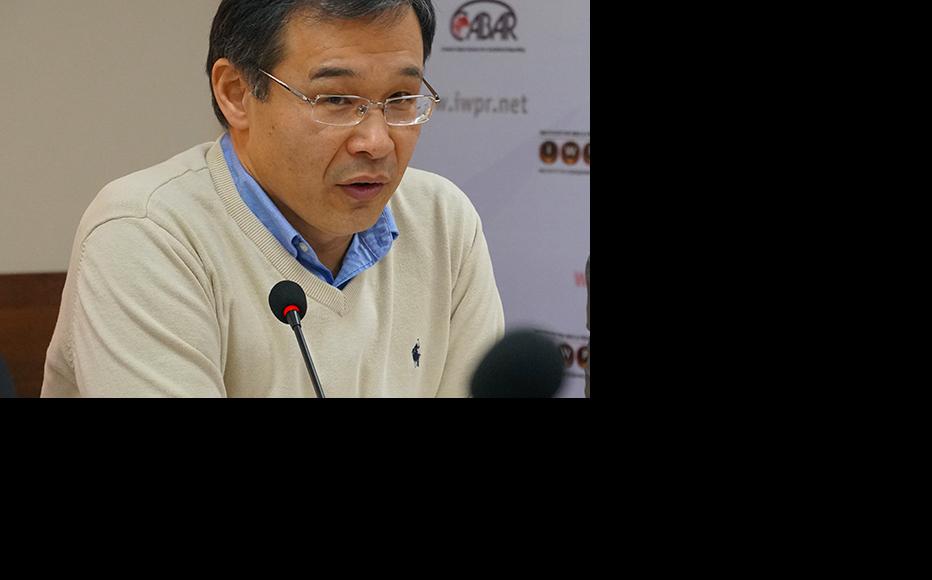 Sheradil Baktygulov, an expert on state administration. (Photo: CABAR.asia)
The link has been copied

Kyrgyzstan needs to extend its understanding of China beyond language and pop culture, according to an expert discussion organised by IWPR’s analytical platform CABAR.asia.

The two countries have an often-complicated diplomatic and economic relationship. Participants agreed that measures were needed to address what they described as a skills deficit in Kyrgyzstan, including the academic study of Chinese politics, economics and its international relations.

“The paradox lies in the fact that we have a 1,000-kilometre border with China, but unfortunately, have no idea about China,” said Muratbek Imanaliev, an ex-minister of foreign affairs and former secretary general of the Shanghai Cooperation Organisation (SCO).

He said that Kyrgyzstan needed its own specialized school of China studies to enable better relations with China and the rest of Asian East.

Erlan Abdyldaev, a China specialist and another former foreign minister, agreed, arguing that Kyrgyzstan needed more expert translators and other specialists to properly understand a neighbour and crucial trade partner.

“Today, China is becoming one of the most important, key players in the international field, and the decisions made by the Chinese government and the processes occurring in China today affect not only the Asian region, but also the world,” he said.

He suggested that although it would be expensive, an academic centre dedicated to Chinese studies would more than pay for itself within a few years.

“The point is that the recommendations developed by the school of sinology and sinologists should be taken into account prior to decision-making at the state, governmental, or authority level,” he continued. “This would be the best synthesis of expert community and the state.”

But Sheradil Baktygulov, an expert on state administration, said that despite the urgent need for a specialist centre, it was unlikely to happen soon.

“Sinology is a comprehensive science covering language, geography, history, literature, economy, foreign policy - in short, all spheres of the complex life of the state and peoples of China in the historical past and today,” he explained.

“The school of sinology cannot be established in four or five years,” Baktygulov continued, noting that despite the popularity of the Chinese language and growing trade with China, Kyrgyz universities had failed to develop courses on crucial topics such as Chinese law, economics and energy.

“Big companies don’t have their own analysis departments to work with China,” he said. “Companies have practically no top managers trained in sinology…The new generation of specialists and instructors who would have sound knowledge of complex market realities and analytical tools and a broad circle of contacts has never appeared in Kyrgyzstan.”

Sophia Apaeva, the dean of the Kyrgyz-Chinese faculty at the Kyrgyz National University, said that about 100 students from this department went to China each year to learn Chinese. Some remain there to work, mainly in Guangzhou and Urumqi.

Those who return to Kyrgyzstan mostly work as translators in mining companies.

Apaeva said that her faculty had introduced Kyrgyzstan’s first PhD in sinology in 2015, and currently two candidates were pursuing this path. She added that three PhD and 16 Master’s students with academic degrees earned in China teach at the faculty.

Vladimir Liu, deputy chair of the Kyrgyz association of sinologists and a former dean of the Kyrgyz-Chinese faculty of the Bishkek University of Humanities, said that more than 3,000 Chinese language experts had been trained at the university.

The country had enough Chinese speakers, he continued, and now needed to extend the range of expertise in other specific disciplines.

Participants called for an ambitious project for works related to state administration, economics, politics and philosophy to be translated from Chinese into Kyrgyz, as well as works of classical and modern Chinese literature. Contemporary Kyrgyz writers would also be translated into Chinese under this project.

They also agreed that cultural, humanitarian and scientific cooperation between the two countries should be strengthened, suggesting that international conferences, festivals and exchanges of experience between specialists in various fields would support this.

Giving Voice, Driving Change - from the Borderland to the Steppes
Kyrgyzstan
Diplomacy, Economy
Connect with us