Insights into daily lives of people living in an isolated society, from reporters who live there.

Insights into daily lives of people living in an isolated society, from reporters who live there. 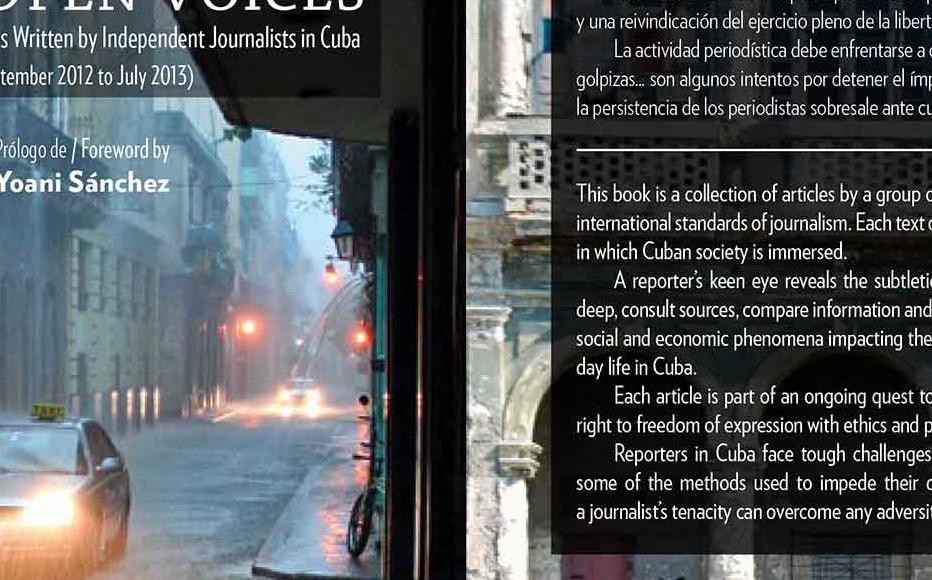 A new book from IWPR provides insights on aspects of life in Cuba ranging from grave human rights abuses to the daily struggle of street traders.

With Open Voices contains articles written by 20 of the rising generation of independent journalists in Cuba in 2012 and 2013. Spanish and English parallel texts are illustrated with pictures that include work by renowned photographer Orlando Luis Pardo Lazo.

Fifty years after the revolution, the Cuban authorities continue to restrict access to information and persecute those who seek freedom of expression. The only media outlets allowed to operate are owned, controlled and censored by the state.

In her foreword, leading blogger and journalist Yoani Sánchez likens Cuba to an enclosed house with iron walls, inside which people live a life isolated from the outside world. The journalist’s job, she says, is to hammer away at those walls.

“Through a text, an image or the work of a whole lifetime, they have demonstrated that the pain of knowing is preferable to not knowing,” Sánchez wrote.

The articles in this book are a tribute to the tenacity and courage of citizen journalists who dare to seek out and tell the stories that reflect the reality of life in Cuba.

Twelve of the contributors were subject to arbitrarily detention just in the nine-month period covered by the book.

The stories in With Open Voices highlight change as well as stagnation at a critical juncture in Cuban history. Expanded economic freedoms, relaxed rules for foreign travel, and better internet access suggest that the government is waking up to the need for change, although in general, political and civil rights remain as rigidly constrained as ever.

Cuba
Media
Connect with us