Online event looks at how pandemic will affect future economic interests in the region.

Online event looks at how pandemic will affect future economic interests in the region. 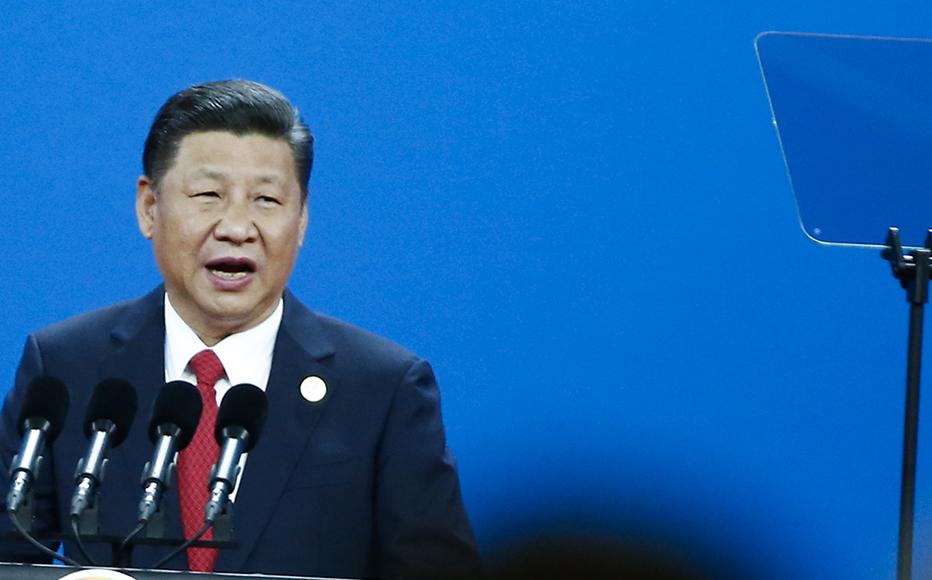 Chinese Chinese President Xi Jinping attends the opening ceremony of the Belt and Road Forum on May 14, 2017 in Beijing, China. © Thomas Peter - Pool/Getty Images
The link has been copied

The coronavirus crisis will only cement China’s commitment to its flagship Belt and Road initiative (BRI), according to experts at an IWPR Central Asia panel discussion.

The April 22 meeting was held online, with participants attending via Zoom and proceedings broadcast on Facebook live. Hosted by IWPR Central Asia and its online analytical platform CABAR.asia, the event reached more than 4,000 people on social media, and was attended in real-time by dignitaries including the Norwegian ambassador to Central Asia Ole Bjornoy.

The discussion focused on the pandemic’s effects on Chinese economic interests in Central Asia, as well as diplomatic and soft power repercussions.

“Covid-19 does not change China´s underlying strategic rationale for the BRI. In fact, Covid-19 will only cement and strengthen China’s willingness to push forward with the BRI in the long-term,” said Arne Elias Corneliussen, the founder and director of Global Geopolitical Analysis.

He noted, however, that the global economic crisis might delay or terminate some of the planned infrastructure projects.

“China may adapt its BRI strategy to meet new needs in a post Covid-19 world to rebuild economies, support local manufacturing and industrial development, especially in health care, the green economy, and other sectors,” Corneliussen suggested.

Central Asia would see economic growth over the next several decades due to the BRI, given its centrality to the project as the geographic epicentre of the Eurasian continent, he continued, adding that it “provides a nexus for future infrastructure and transportation corridors linking China, Russia, the Indian subcontinent, the Middle East and Europe”.

Corneliussen stressed said that it was important to note Russia’s ongoing role in the region, highlighting its planned Meridian highway to connect western Kazakstan and eastern Belarus that would provide another crucail infrastructure connection between Central Asia and Europe.

Russia was at the beginning of its Covid-19 outbreak, a crisis that might continue until next spring and have an inevitable financial impact, Corneliussen continued.

“But the Russian economy is stronger and more resilient than many Western analysts think despite sanctions and the impact of Covid-19. That’s why Russia will be able to come back and rebound after the pandemic. Russia’s influence in Central Asia will continue, despite Chinese infrastructural projects.”

Catherine Owen, a British Academy Postdoctoral Fellow and Lecturer in International Relations at the University of Exeter, said that she saw two possible outcomes regarding BRI projects in Central Asia.

Chinese investors could take advantage of the dire global economic situation to purchase huge amounts of failing asset prices abroad, which could lead to greater levels of engagement in Central Asia. Or, she warned, China could reign in overseas loans and development projects and turn its economic focus inward, resulting in lower levels of engagement in Central Asia.

That said, she continued, “There are numerous Chinese lenders, including banks, China-led multilateral organisations, state-owned enterprises and wealthy individuals. Each of these have different priorities, regulations and strategies. To talk about China as a unitary economic actor with a coherent, co-ordinated strategy is incorrect.”

Anton Bugaenko, chief expert of the Chinese and Asian studies programme at Kazakstan’s Institute of World Economics and Politics, agreed the coronavirus crisis would not lead to a global shift regarding the implementation of BRI.

“Over the coming years, China’s resources will be diverted to rebuilding its own economy, but China will return to active investment, primarily in the resources necessary for the Chinese economy, as well as in the transfer of simple types of production to BRI countries,” he said. “The countries of Central Asia will be increasingly involved in the Chinese economic orbit, but thanks to this they will be able to adapt to the new reality of the post-coronavirus world.”

Roman Vakulchuk, senior research fellow at the Norwegian Institute of International Affairs, said that the future trajectory of BRI development would depend on how fast China tackled its domestic economic difficulties and mounting international pressures.

“The importance of the BRI for China may lessen, leading to delays in implementing projects,” he said. “New BRI-related projects are unlikely to be launched soon. The second question is that the image of China and the BRI will depend on how China reacts to the post-pandemic situation in Central Asia.”

Temur Umarov, a consultant at the Carnegie Moscow Centre, agreed that the Covid-19 outbreak had created image problems worldwide for China.

“At the beginning, when the epidemic was spreading mostly inside China, the damage to China was obvious,” he continued. “This has a lot to do with a specific feature of Chinese ‘soft power’ – it heavily depends on investment and does not happen naturally.”

As the rate of contagion eased inside China, it was able to resume public policy including portraying itself as a powerful state that managed to triumph over the virus and in turn sending medical aid to other countries. Four of the Central Asian countries have accepted China’s help in fighting the spread of the disease.