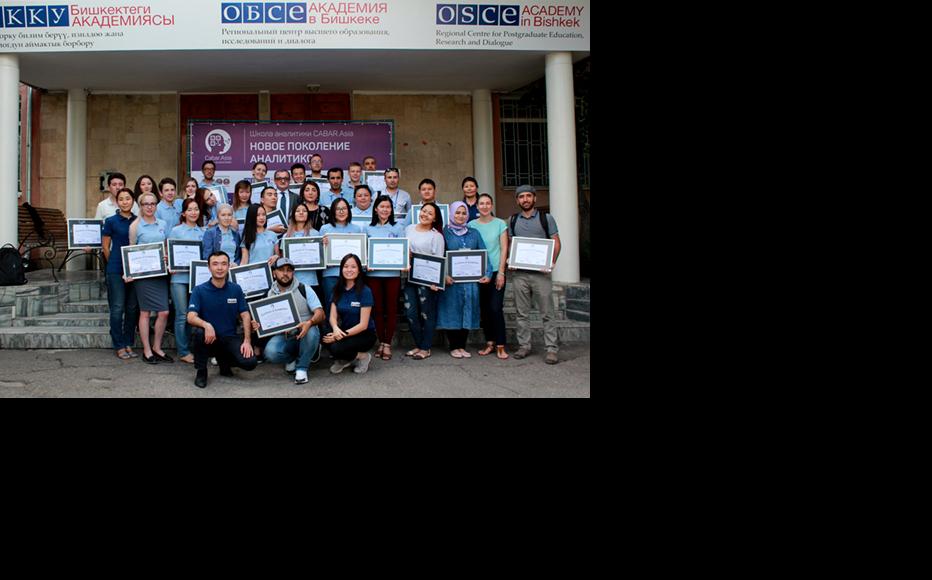 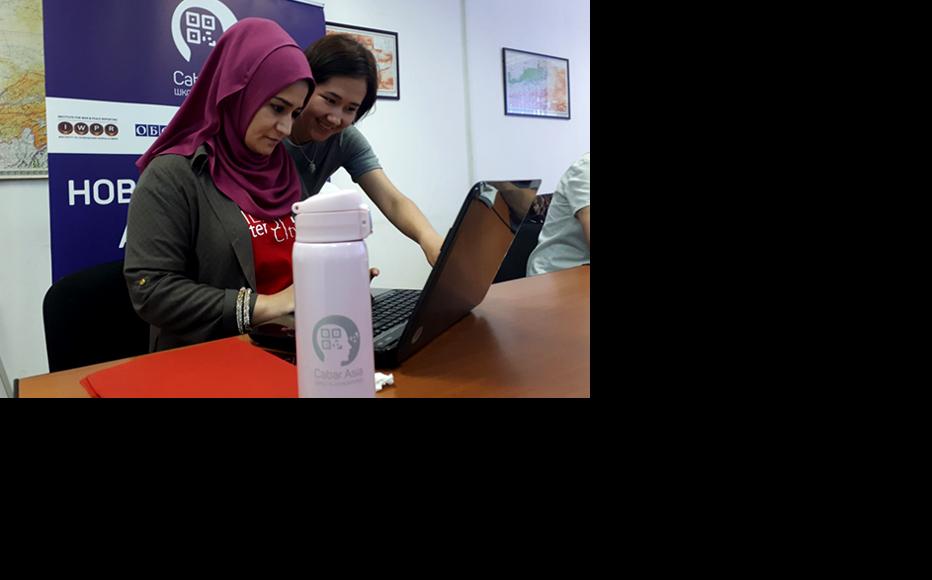 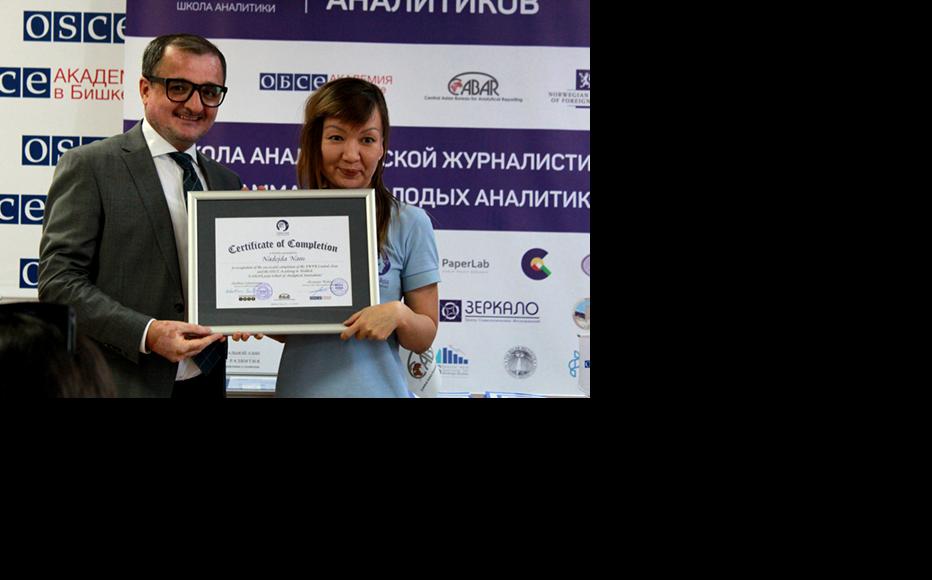 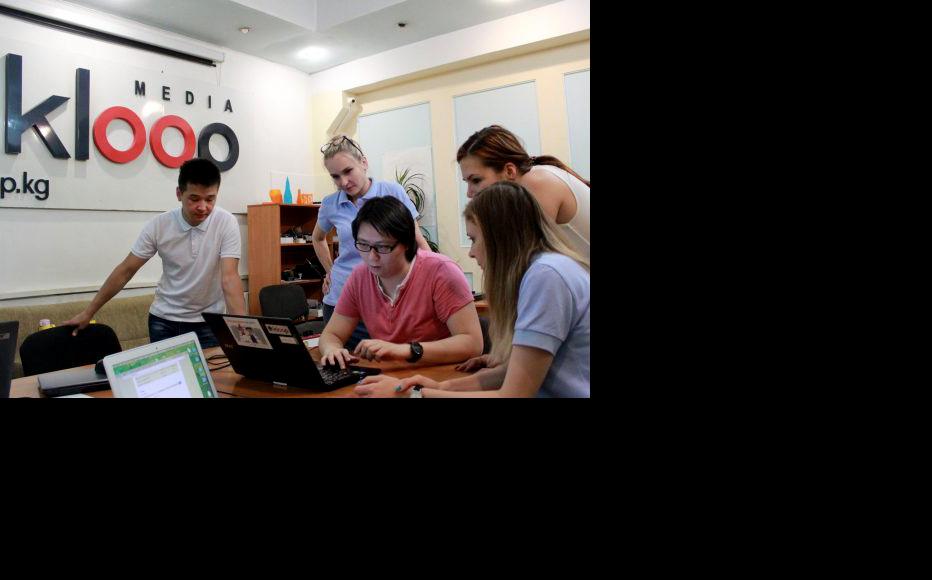 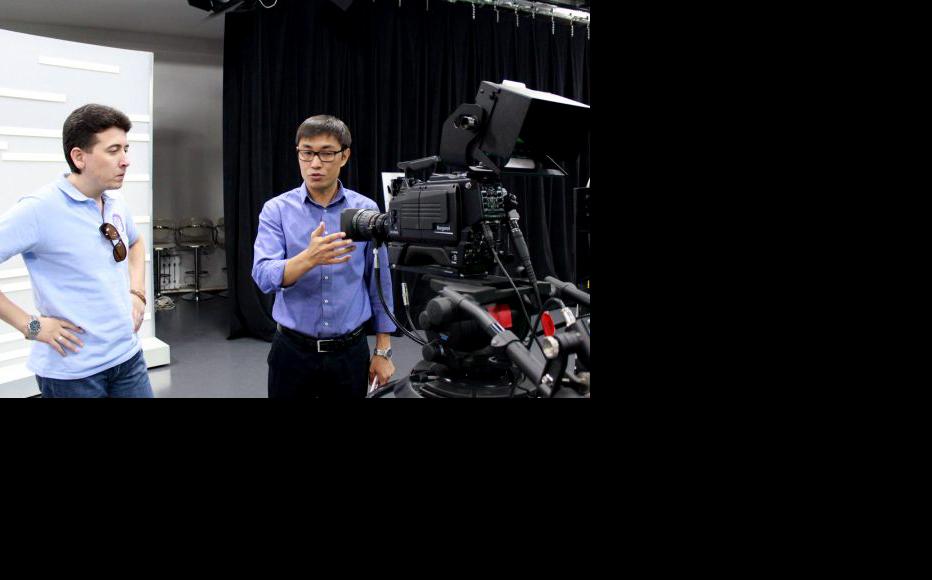 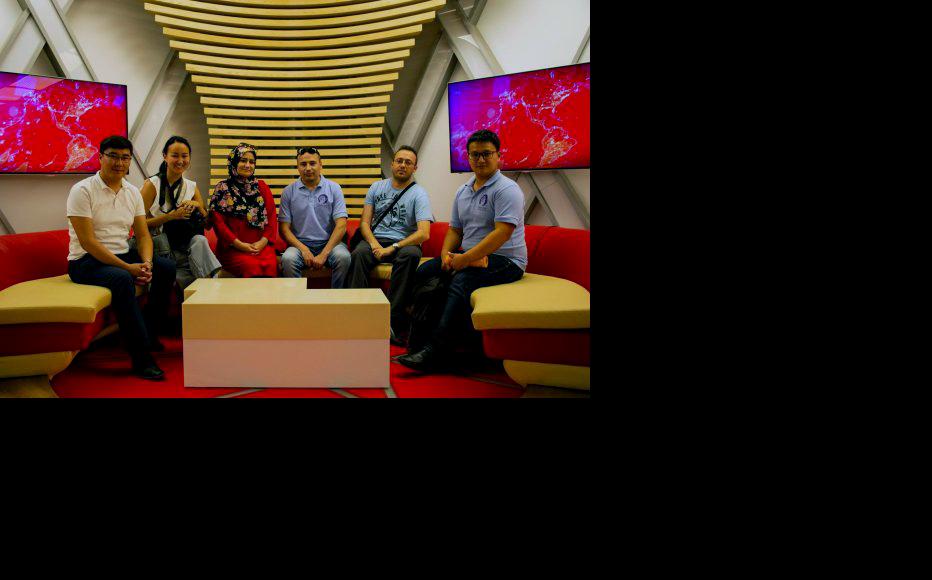 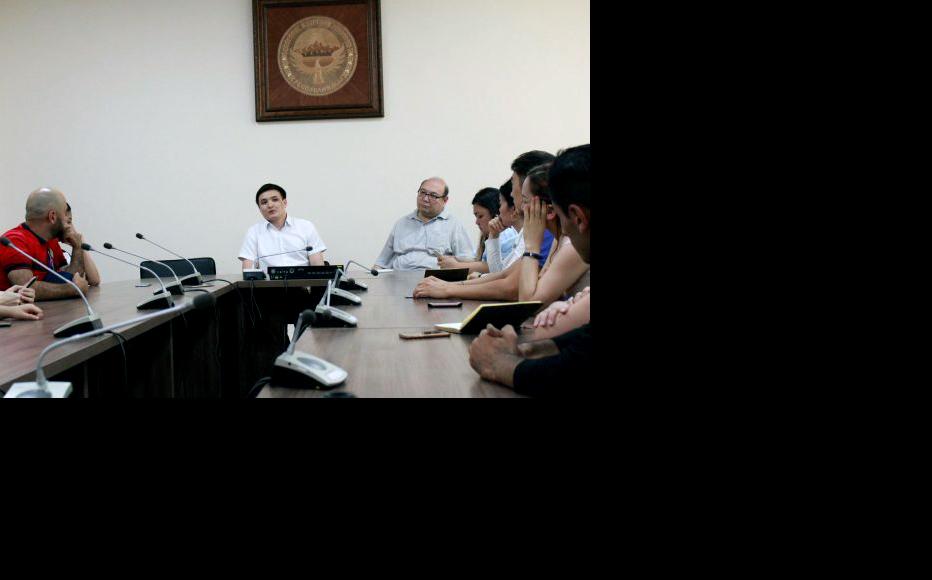 Visit to the office of NISI, National Institute of Strategic Studies under Kyrgyz government. (Photo: CABAR)
The link has been copied

IWPR has launched its comprehensive training course to develop analytic journalism among a new generation of journalists in Central Asia.

Young writers from across the region spent ten days in the Kyrgyz capital Bishkek learning investigative techniques and analytical skills, as well as data visualisation and story design.

The stories the 28 participants produce will be published in the media outlets they currently work for and also on IWPR’s analytical portal CABAR.asia.

This School of Analytic Journalism is the first stage of IWPR’s three-year project to train a fresh wave of journalists and experts. The project is funded by the Foreign Ministry of Norway, with the OSCE Academy in Bishkek as partner.

“We have become a big Central Asian family over these ten days. Every journalist has contributed something special to the school,” Bishkek-based journalist Bermet Ulanova said. “Now I know where to seek information, who to cooperate with for a joint story and who to talk to in general. I have learned many new things about neighbouring countries, their citizens, traditions and culture.”

After finishing the course, which ran from 18-27 June, Khadisha Akayeva from Semey, eastern Kazakstan, also said, “I know what to write about, where to seek information, how to process it, and what to expect as a result.”

Highlighting the importance of ongoing mentoring, IWPR’s Central Asia director Abakhon Sultonazarov said “our School of Analytics is different because it’s just the beginning for every participant of our programme”.

Participants came from the Khatlon and Gorno-Badakhshan region of Tajikistan, from the autonomous republic of Karakalpakstan in Uzbekistan and from the Kazak cities of Taraz, Semei, Petropavlovsk and Kostanai.

The group was divided into a group of analysts and of investigators.

“Analytic journalism requires that a journalist should be a multi-faceted, broad-minded person, who constantly reads and analyses what happens around [him or her],” said the group’s Ukrainian trainer, media expert Diana Dutsik. “Analytical stories are harder to process than news stories, but when people read analysis, they gain deeper knowledge of the problem.”

Vladimir Tkhorik, an investigative journalist and editor of RISE-Moldova, told his group, “Investigative journalism requires painstaking work, consistency and discipline from a journalist, making him deal with all kinds of hardships and threats -  but it’s worth the effort when you see the effect of the published investigation, the changes and improvements happening in the sphere you have investigated.”

The groups each sought practical experience in a number of newsrooms and thinktanks, and joined together for sessions on topics such as law, data journalism and politics.

Giving Voice, Driving Change - from the Borderland to the Steppes
Central Asia
Journalism, Media development, Training
Connect with us