“In the event of an accident, the situation will be comparable to Chernobyl.” 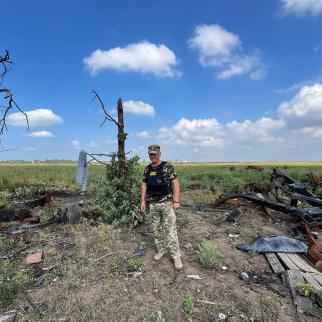 ‘Andre’, pseudonym of a Ukrainian officer, shows off a camp in sight of Mykolaiv, where 1,000 Russian troops assembled in late February, aiming for Odesa. The remains from a Ukrainian surprise attack are littered across the field, including a trophy Russian T-shirt. © Anthony Borden

Ghost Villages on the Mykolaiv Front

Few remain in what has become a sparsely populated no-man’s land.

“In the event of an accident, the situation will be comparable to Chernobyl.” 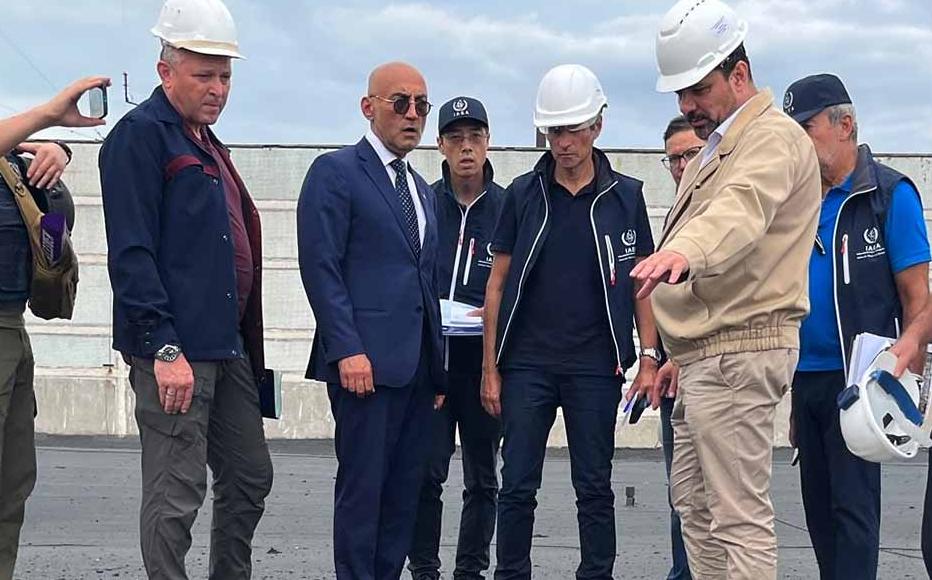 Fears of a potential disaster at the Russian-controlled nuclear plant in Ukraine’s eastern city of Zaporizhzhia continue to grow, with experts warning that the station has lost its link to its last remaining main power line. On September 4, the International Atomic Energy Agency (IAEA) stated that the plant was now relying on a reserve line to supply power to Ukraine's grid.

It is the second time that the plant, Europe's largest, has been disconnected from the grid since the complex was built in the mid-1980s. A temporary disconnection on August 25 prompted fears about the efficiency of only two operation reactors’ cooling system.

Ukraine's state nuclear company Enerhoatom said that the security systems at Zaporizhzhia nuclear power plant (ZNPP) were working normally and the connection was re-established within hours, but the situation sent shockwaves across Europe.

Russian-appointed local officials and Enerhoatom traded accusations about who had been responsible for shelling around the plant and the latest cut.

Located in the city of Enerhodar in southern Ukraine, the ZNPP is still being operated by Ukrainian staff. Workers stated that Russian troops were using the facility as a military base and that they were in effect held at gunpoint.

The UN nuclear watchdog delegation arrived at ZNPP as fighting continued to rage around it. Zaporizhia region remains under the control of Kyiv, but the Russians took control of the facility soon after the start of the full-scale invasion on February 24. Ukraine therefore cannot ensure the security of the UN nuclear inspectors at the plant, Ukrainian energy minister Herman Halushchenko said, stressing that the situation around the nuclear facility remained “a mess”.

The continued shelling around the nuclear facility both risks a nuclear disaster and threatens European imports of cheap electricity from ZNPP on the eve of winter.

Enerhoatom chief Petro Kotin said that the situation in ZNPP was approaching the pre-accident phase that was seen at Fukushima Daiichi in 2011.

"As soon as the last power and transmission line is destroyed, the station will switch to diesel [engines], and after that everything will depend on [their] reliability… and the amount of fuel… available," Kotin said.

Volodymyr Martiniuk, a former employee of the metal control service at the ZNPP, said that the situation felt extremely perilous.

“Our life here is a powder keg. The city of Enerhodar and Zaporizhie power station were built on sands that can move from the vibration caused by shelling and constant explosions. It is very dangerous,” Martiniuk told IWPR. “The day the IAEA arrived, the central water utilities were bombed, so the whole city was left without water and electricity. The electricity has returned, but it is unknown if there will be water in the near future.”

Martiniuk was one of the signatories of an open letter calling on the world to “prevent irreparable” damage, and help to stop fighting around the plant.

“There is a hope that the IAEA will seek to establish a permanent monitoring presence here. Maybe it will prevent further shelling of the station, or at least within 50 kilometres of it,” Martiniuk continued. “Now it is constantly under fire. More than 100 shells have hit the plant in recent months, we've already stopped counting. The roof of the building that stores nuclear fuel is also damaged. Of the four power and transmission lines that link the nuclear power plant with the electricity grid, controlled by Kyiv, only one remains intact. The rest have been damaged.”

“It is surprising that the international community does not demand to switch the reactors to a cold shutdown regime, in which they can be safely stopped,” he said.  “Why, as the legal owner of the station, hasn’t Ukraine revoked the license for its operation for conditions incompatible with safety?”

On August 10, Kotin stated that “Russia had deliberately been shelling the power lines of the ZNPP in order to destroy its connection with the energy system of Ukraine and reconnect it with Russia, specifically Crimea” adding that “the ZNPP reconnection programme was prepared by the Russian Rosatom staff, whose employees are currently at the plant”.

Since the beginning of the war, Ukraine has switched to the frequency of continental Europe's ENTSO-E power grid, which is not synchronised with the grids in Russia and Belarus. To connect the ZNPP to the Russian frequency, Moscow would have to de-synchronise it from the Ukrainian energy system, which requires a complete disconnection from the grid for several days. The absence of electricity would bring the cooling system to a halt, posing serious danger.

“The reactors at Zaporizhzhia are not graphite, as they were in Chernobyl, but in the event of an accident the situation will be comparable to Chernobyl,” Ozharovsky added.

“The precondition for the Russian blueprint was heavy damage to all of the power lines that connect [the ZNPP] to the Ukrainian system,” Kotin warned.

“After desynchronisation with Ukraine, the ZNPP can be launched smoothly by Russia as it will no longer be possible to include it in the Ukrainian energy system, since it will be on the Russian frequency.”

But Ukraine would then push back and damage the new power lines through which Russia will try to connect Crimea to the ZNPP.

"The occupiers will not connect Zaporizhzhia station to Russia, I promise you this,” Kotin stated.

If connected to the Russian energy system, Kyiv will have to import electricity for the first time and stop its exports to Eastern and Central Europe, thus exacerbating the already dire energy crisis in the EU. Prior to the war, the ZNPP provided about 25 per cent of Ukraine's electricity.

Rosemary DiCarlo, the UN under-secretary general for political and peacebuilding affairs warned of the “catastrophic humanitarian implications particularly with winter approaching” adding that “the electricity produced at the Zaporizhzhia plant belongs to Ukraine”.

Kyiv has been calling for an IAEA inspection since Russian forces occupied the plant on March 12.  The mission was long overdue; Moscow had violated the 1977 additional protocol to the Geneva convention as Article 56 of the Protocol prohibits attacks against “installations containing dangerous forces, namely dams, dykes and nuclear electrical generating stations.” The IAEA, critics say, waited for six months to intervene.

“The aim of the IAEA, first of all, is to monitor the peaceful use of atomic energy," said Yuri Usmanov, a lawyer at the Kyiv-based Regional Centre for Human Rights. “Therefore, the inspectors of the IAEA mission collect facts about the situation at the ZNPP, conduct an investigation and examination in order to establish who is to blame for the attacks.”

The IAEA, however, has no coercive leverage. The UN has been calling for an agreement on the demilitarisation of the territory around the ZNPP to ensure its security. Yet so far no one has submitted a corresponding resolution to the UN security council.

“Will Russia veto [such a resolution]? Definitely, because the decision of the security council is binding on all UN member states,” Usmanov continued. “That said, if there is political will, other permanent members of the UN security council may use the mechanism in Article 27 of the UN charter, which clearly states that a decision… is considered adopted if the same votes of all permanent members of the council are cast for it, and the party to the dispute must abstain from voting."