Protests have given female activists a rare opportunity to express their views.

Protests have given female activists a rare opportunity to express their views. 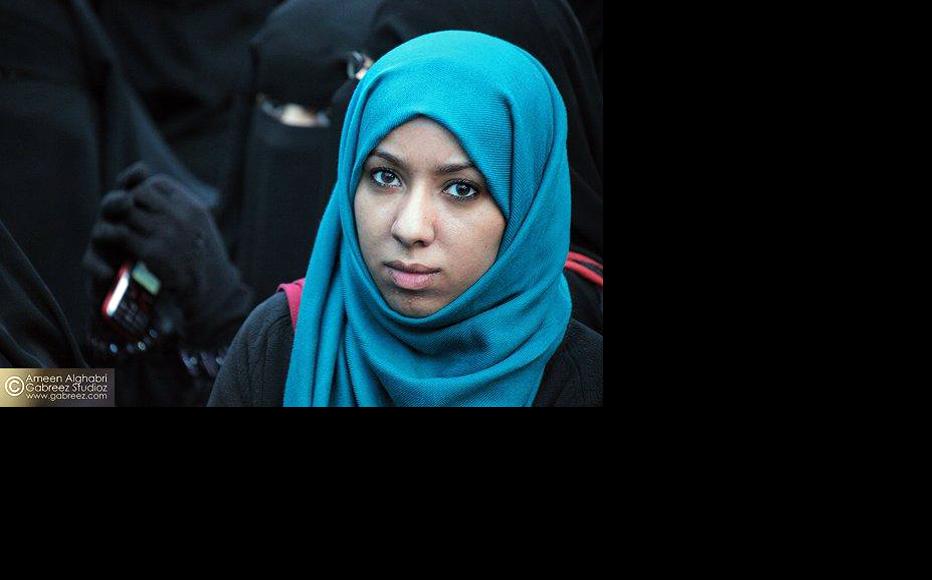 Traditionally in Yemen, women are – literally – not allowed to raise their voices. In peaceful circumstances, even calling out in the street to attract someone’s attention is considered unacceptable behaviour. But now, in the protests, it is very much welcomed and there is an amazing response when we raise our voices.

Everybody acknowledges that yes, we do have a voice, and the role of women in this uprising is increasing day by day as we enter a new time of freedom for everyone.

Women’s participation in this revolution started on a very small scale. There were only about ten women in Sana’a’s Change Square when the pro-democracy protests started. But with each day, it has been noticeable how the numbers of women grew as female protesters brought their sisters, cousins, friends. The number multiplied incredibly. Women are treated with grace and respect in the square. When I go there, I am treated like a VIP. Usually in Yemen, women get harassed all the time, but in Change Square nobody touches me. It is the safest place in Sana’a for women.

And life is indeed challenging for Yemeni women, every day. We constantly fight to claim our rights at home, in the street, at work. In any kind of field, a woman has to increase her efforts hugely to succeed. For instance, a 19-year-old cousin of mine won a scholarship to study in Germany and her brother refused to let her go. After a big fight, she had no choice but to give in.

If a man makes one per cent effort, a woman needs to make 200 per cent effort to get the same result. I work as a journalist and I am the only woman in the newsroom. Even there my colleagues find it hard to accept that I do go to places dominated by men to report.

There is some political participation by women but it is very timid - women still live in a prison of their own fear. We are not very politically aware. It is a process and we are still at the very beginning. There are a few women politicians and about 18 months ago President Ali Abdullah Saleh instituted a 15 per cent quota of seats for women – but there aren’t enough women politicians to fill it.

But despite this women have been participating in the protests to an unbelievable extent. The female protesters come from all sectors of Yemeni society - women who do not have their faces covered, like me, and others are much more conservative. They are coming to an awareness that they have to be a huge part of building this country. We gain in confidence and women begin to think that they have to have a voice, a place in this new society - something that has never happened before.

Talking to other friends of mine, we feel we are revolting against our parents too. It’s a double revolution, inside our homes as well as in Change Square. Each one of us faces resistance from our parents, who demand to know why we think change is so important. Many of our parents are devoted to the president and the old regime, and they are opposed to us taking part in the demonstrations. So we face oppression both at home and in the public sphere.

The extremism and violence Saleh predicts will sweep Yemen without him is just propaganda. None of that will happen and I don’t see the danger of a civil war. I would like to see a peaceful transfer of power and the beginning of a new, democratic process, to have the same result here as in Egypt and Tunisia.

I am not worried that there will be violence like there is now in Libya – our president is not as crazy as Muammar Gaddafi. There is no way things will deteriorate here to that extent. The violence last week in which more than 50 people were killed won’t be repeated, I don’t think.

I am worried about what the future holds – not because of the fear of violence, but because of the uncertainty. But when I go to Change Square I see the harmony and tolerance between the different protesters, a sign that a peaceful change is possible.

Afrah Nasser is a 25-year-old Yemeni journalist and blogger from Sana’a.

As told to Daniella Peled, an IWPR editor.

The Arab Spring
Yemen
Connect with us