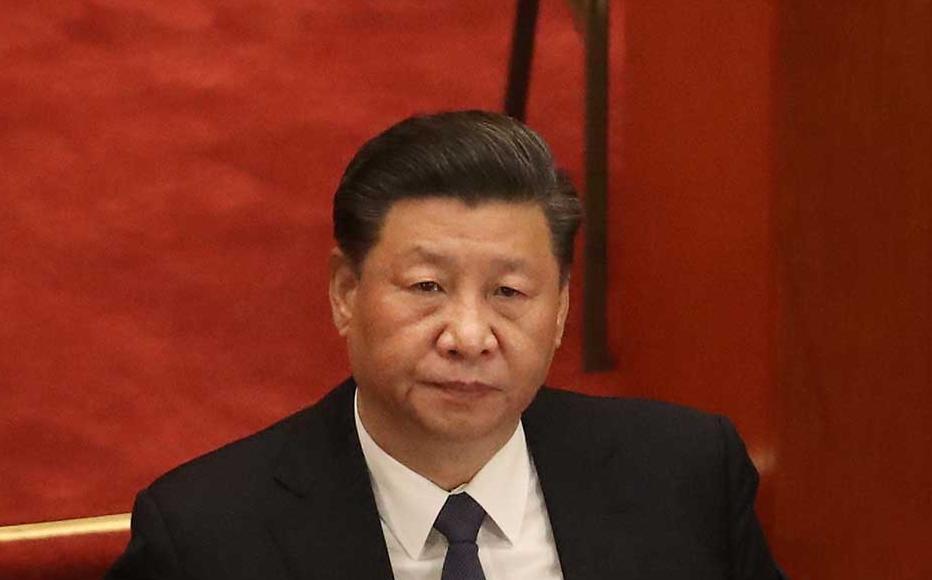 From potential reformer to belligerent tyrant, Xi Jinping's reputation has been in free fall for a decade, at least in much of the democratic world.

On the eve of his ascent to power in 2012, Xi was perceived as a safe pair of hands, another diffident technocrat with a penchant for cautious change.

He now stands accused of crimes against humanity and failing to check a virus that unleashed death and economic havoc across the globe.

Domestically, and in friendly countries, perceptions can be different, and Xi's strongman persona has appealed to some.

From war posturing around Taiwan and border clashes with India, to the crushing of the Hong Kong democracy movement and the internment of a million Muslims in Xinjiang, China seems on a mission to make enemies.

Leaders in the west and beyond have responded with alarm and confusion to the rise of such an ambitious and bellicose ruler in the world's fastest growing economic and military power.

They are grappling with widely varying assessments of Xi Jinping's true intentions and his capabilities as a statesman.

Some see him as a master of strategy who has identified a historic opportunity to assert a dominant global role for China.

Others perceive a deluded autocrat who clumsily alarms neighbouring countries and alienates even China's sympathisers in the developed world.

China's most dominant ruler since Mao Zedong doesn't set much store on being loved by foreigners. He looks happy to settle for fear or respect, and in many parts of the world, from Africa, Southeast Asia and parts of Latin America and the Balkans, he's already succeeded.

But for all his gains, including closer partnerships with Iran and Russia, Xi's aggressive posture often appears reckless, alerting leaders from Washington and Brussels to Hanoi and Delhi to a new and pressing danger.

Certainly, China's pugnacious territorial claims in the East and South China Seas have breathed fresh life into the Quad, the security forum in the Indian and Pacific oceans that brings together the United States, Japan, India and Australia.

But analysts caution that Western politicians are in danger of a profound misunderstanding if they try to assess Beijing's national security strategy on the same terms as those in democratic countries.

The driving factor in all Xi's actions overseas is overwelmingly internal and domestic, the argument goes.

National security in China means state security and specifically the dominance of the Chinese Communist party with Xi at its core.

"It's like comparing apples with oranges," said Sheena Greitner, an American scholar who has conducted a forensic study of security documents, speeches and directives under Xi.

Internal security is China’s goal, she continued, the centre of gravity that underlay all considerations of grand strategy.

Xi’s move on Hong Kong, his threats against Taiwan, his consolidation of China's grip in the South China Sea, his authorisation of "wolf warrior" diplomacy - the very undiplomatic attacks on China's critics across the world - should all be seen in the context of his domestic objectives.

Xi said in 2015 that China was facing the most complicated internal and external challenges in its history.

Since his appointment as general-secretary of the Communist party in 2012, he has been a man in a hurry, behaving with the energy and ruthlessness of a leader facing a grave crisis.

That came in late 2019, when signs began emerging of a new respiratory disease in the central city of Wuhan.

Covid-19 has served only to turbo-charge strategies and objectives that already existed - the plans of a man beset by grave fears of internal instability.

Xi's mantra has been "national rejuvenation" and the "China dream".

But the flip-side of his mission to make China great again is the perennial Chinese fear of chaos and disintegration.

Xi’s consolidation of power at home has been anything but clumsy and erratic.

Potential opponents, critics and free thinkers have been silenced or swept away in a vast and methodological purge under the banner of a campaign against corruption, identified by Xi in the first days of his rule as an existential threat to the party.

The pandemic is the latest threat to the legitimacy and authority of the Communist party and so an urgent priority for China's sprawling propaganda apparatus and dirty tricks operatives.

Australia was slapped with trade restrictions for daring to propose an international investigation into the origins of Covid, while Chinese officials spouted open contempt for the country's history and culture.

The Canadian prime minister, Justin Trudeau, was called "boy" by a Chinese diplomat and denounced as a "running dog".

The vitriol looks demented as diplomacy, but it plays well on social media in China.

The policy is to go on the offensive to stop China becoming a punchbag for global anger over Covid, using threats and disinformation to forestall any blowback of criticism into the domestic sphere.

China is portrayed not as the cause of the pandemic but as the solution, with its draconian quarantines, mask diplomacy and vaccine donations.

Separatism is identified as another existential threat and an area where the Communist party is now prepared to show the outside world its bared teeth.

Academics and politicians across Europe were singled out personally for sanctions following the sanctioning of four Chinese officials accused of repression in Xinjiang - a move that could jeopardise ratification of one of Xi's main diplomatic achievements, a trade deal with the EU.

Many were stunned by the response, but they shouldn't have been. China has been working for years to cover its tracks over the alleged genocide of Muslims in Xinjiang.

A siege mentality helps stir nationalist passions, rally support for the CCP and stymie awkward questions about repression at home.

Chinese school children are inculcated with a narrative of China's "century of humiliation" during the colonial period, and the subsequent revival of the country's greatness under the leadership of the CCP.

It's not hard in such an atmosphere to portray Western leaders as rapacious hypocrites who are determined to keep China down.

The combination of global ambition, a victimhood mentality and fears of domestic instability makes China a dangerous proposition.

While Deng Xiaoping and his successors believed China should hide its capabilities and bide its time, Xi has no such inhibitions.

He believes the era of US dominance in Asia is coming to an end and China's destiny is to replace it.

The potential for clashes can only increase when adversaries see the world from entirely different perspectives.

For Washington and the West, Taiwan is a leading Asian democracy with an admirable economic and political system. For Beijing, it's an internal problem to be resolved in short order, unfinished business left over from China's century of humiliation.

For the outside world, the South China Sea is an international waterway where freedom of navigation must be respected; for China it's an integral part of Chinese territory, essential for national security and prosperity.

Chinese scholars are not afraid to tell their foreign counterparts that clashes are inevitable; the question they ask is whether the friction can be contained or whether it will lead to broader conflict.

China
Coronavirus, Crimes Against Humanity, Diplomacy
Connect with us