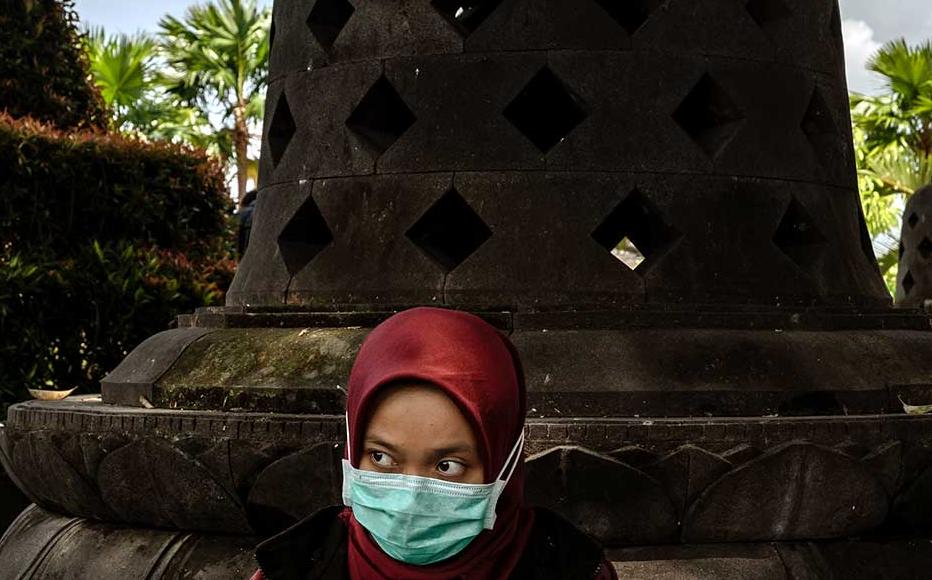 The pandemic has affected Indonesian women badly and exposed their vulnerabilities more than ever. © Ulet Ifansasti/Getty Images
The link has been copied

Nuril Hidayati is a faculty member of the Islamic State University of Kediri and a rights activist who focuses on combating the religious justification of violence against women. In November 2020, she took part in IWPR’s first training to combat disinformation for community and religious groups in Indonesia.

IWPR: In what way is religious disinformation used to justify abuses such as violence against women or early marriage in Indonesia?

Nuril Hidayati: It’s used to reinforce misinterpretations of religious teaching based on textual interpretation of the scriptures. For example, the use of the verse of "Arrijaalu qawamuuna ala nisaa" (Surah Annisa '4; 34), textually means "men are leaders for women" and is a very popular example of superficial disinformation. The verse is often adopted as a doctrine, especially demanding women’s absolute obedience towards their male guardians. If they are still a child, they must obey their father and if you are married, you must obey your husband.

Within traditional, conservative families, typically parents are responsible for taking care of their daughters, including forcing them into a marriage, and adopting the concept of "wali mujbir,” the rights of the guardian, according to the teachings of Imam Syafi’I, a classical jurist followed by the majority of Muslims in Indonesia.

I have experienced it myself. From the age of 13 to 17, friends of my father from the Islamic boarding school community proposed marriage to me several times on behalf of their sons or relatives. I had to keep looking for the right reasons to refuse. Once, an Islamic cleric who was also a member of my mother's extended family, came saying again that I have to obey my parents; that I must be willing to be married immediately to the man of their choice. According to him, the marriage was to prevent me from committing the grave sin of promiscuity, which would embarrass my family.

At first, I rejected the marriage proposal by sulking and being upset and giving my parents various excuses. Until one day, I refused it using shariah arguments. I was able to do that because I studied at the State Religious Madrasah Aliyah boarding school in Malang and had studied the material on marriage.

I challenged my parents about the coercion and pointed directly at the jurisprudence that discussed Imam Syafi'I’s thinking. The concept of the rights of guardians to force marriage on their daughters is an old fatwa [ruling] when the imam still lived in Baghdad, which was later revised with a new fatwa after he moved to Egypt where society was more egalitarian, and he witnessed many women taking an active role in the public sphere.

Based on these hadiths [sayings], looking at a woman's willingness to be married is an important aspect to consider. Because I was able to refute the cleric's opinion based on the jurisprudence, my parents had no more reason to force me to marry the man of their choice. I remember my mother's face was very happy at that time.

What resistance is there towards progress towards consolidating women’s rights?

Conservative Islamic groups challenge any progressive efforts to strengthen women's rights, filling social media platforms with aggressive and demeaning content, using cartoon memes of women in their veil or bearded men with quotes about the beauty of marrying young in Indonesia without going through a sinful courting process. They also circulate content about polygamous marriage; campaigning on the beauty of a more religious or hijrah lifestyle and introducing the shari'aisation of products; from sandals, shoes, refrigerators and halal-certified headcovers, etc.

What successes have you witnessed in upholding women and children’s rights, despite the challenges?

The ability to fight against child marriage was a huge success for me personally, considering that some of my female cousins don't have that capacity. Today, some of my cousins are doing well, some finally divorced and then remarried, or due to poverty one of my cousins decided to become a migrant worker in Hong Kong.

Another great success was the amendment of the law on the minimum age of marriage, from 16 years-old for girls and 19 for men, amended to 19 for both female and male. A long struggle for progressive, Islam-based gender equality by groups, such as the Women's Ulama Congress Indonesia and other gender mainstreaming communities in Indonesia who work together to increase women's literacy, have finally shown encouraging progress.

How has the pandemic affected your campaigning work?

Aside from living in constant fear of the virus, the pandemic also gave birth to creative campaign methods.  I developed my own programme by assisting and advising students online to attend a competition of women's writing on issues of equality in Muslim societies. By not having to meet students in person, I can be more focused in advising them because I am not worried and stressed about abandoning my household chores. I am very proud that some of my students have been working for well-known Muslim women’s NGOs in the country and writing empowering articles for online media. The pandemic also shifted the way campaigning is done, from seminars to zoominars and from campuses to social media on certain issues, for example the “stop child marriage” campaign currently being carried out by the Studies of Islamic Gender Justice community.

Through its various ministries, the government has provided direct assistance in forms of basic food supplies and there is also assistance on internet quotas for school children. Within our group, we communicate regularly about this difficult situation through WhatsApp and Facebook groups, and we feel that the communication has an empowering impact on many of us.

What needs to change to better empower women in Indonesia?

Disinformation about women has already become rooted as part of the culture in society that women are weak and their fate is determined by men. This is a belief that must be changed. From the beginning, women must be convinced that they have dignity and potential and have the same capacity as men to complete their duties on this earth.