Who is Sabotaging Ukraine's Presidential Election?

Who is Sabotaging Ukraine's Presidential Election? 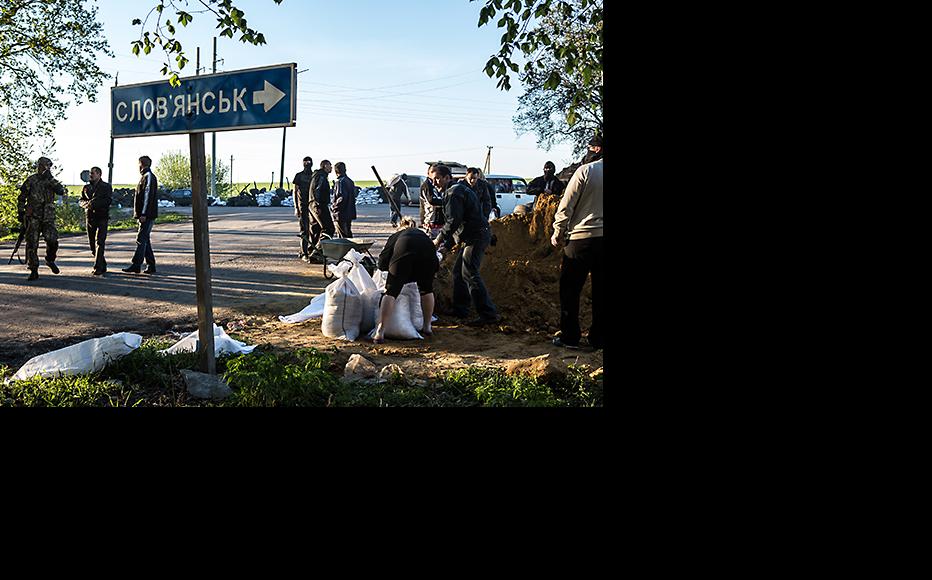 Dialogue, we are accustomed to assuming, is always better than none. Not, however, when roundtable crisis talks serve to defer the imposition of real European Union sanctions against Russia, which Germany in particular is obstructing. Nor when international press headlines are swift to suggest that it is Kiev that stymied such talks by “deliberately declining to invite the separatists”.

Kiev’s leaders refused to invite the pro-Russian militants unless they gave up their weapons. Whatever the motives of the OSCE and Germany’s foreign minister Frank-Walter Steinmeier in pushing for “peace talks”, Kiev’s refusal primarily helped Russia – and quite unnecessarily.

How many of the foreign representatives present would have agreed to sit at the table with men in masks and armed with Kalashnikovs? What government in the world would have agreed to engage in negotiations at the same time as masked gunmen were bursting into a secondary school in Lugansk, and handcuffing and leading away the school head in full view of her students and other members of staff? Alexandra Shevchenko had angered the militants by refusing to allow her school to be used for last Sunday’s pseudo-referendum.

The pro-Russian militants in Slovyansk have tortured and murdered at least three hostages and are holding a large number of others. So too are the militants in Lugansk who on May 10 seized a young civic activist, Mykhailo Logvinenko, while he was pasting up posters against the May 11 pseudo-referendum. He can be seen here chained, publicly beaten and humiliated. The video was taken by his tormenters. Civic activists in Luhansk report seeing militants use arms to “convince” a local retailer to hand over crates of vodka.

After organising “referendums”in which people could cast multiple votes without ID, and then claiming near 100 per cent support for “independence”, the militants immediately asked for their “republics” to become part of the Russian Federation and said that there would be no presidential election.

On Wednesday [May 14], pro-Russian militants seized the building of the district election committee No. 111 in Antratsyt in Lugansk region. They have threatened committee members and their families with reprisals if they continue to work towards the May 25 presidential election. Similar threats have been made against members of the committee in Krasny Luch.

So what is there to talk about?

After illegally annexing the Crimea, Russia has armed and supported pro-Russian separatists whose first act after an allegedly overwhelming vote for independence was to ask to join Russia. On Wednesday the self-proclaimed ‘Donetsk People’s Republic’ began mellowing those calls after public – and perhaps private – statements from Moscow.

One can quibble over what constitutes proof, yet EU countries know that Russia is behind the trouble in eastern and southern Ukraine, and that it is seeking to disrupt the forthcoming election. The heavily armed militants’ main role at the moment appears to be preventing the election from taking place.

By imitating dialogue and putting off any sanctions worth the name, the EU is itself dealing Ukraine’s faltering democracy a grave blow and fuelling a crisis that could engulf other countries in the region.