Ongoing surge of violence means that villagers are continuing to flee their homes.

Ongoing surge of violence means that villagers are continuing to flee their homes. 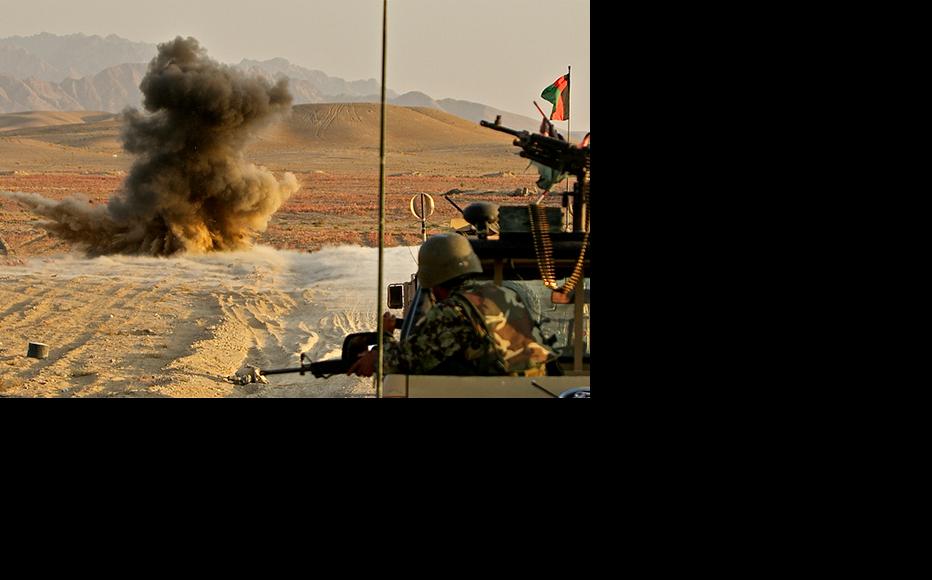 Renewed fighting in Helmand has led to a fresh wave of displacement among the local population. (Photo: Al Jazeera/Flickr)
The link has been copied

Lost in thought, Abdul Khaliq stood leaning against a wall by the side of a road in Lashkar Gah, the provincial capital of Helmand province.

He said that his family of 15 had been forced to flee their home in Nawah district by a recent Taleban offensive sweeping the southern province.

“We were just able to escape ourselves and had to leave everything behind,” he said. “Now we live in a friend’s house here in Lashkar Gah, and they have very little money. We got one government grant of 200 US dollars, which lasted just two weeks.”

Khaliq said that he knew that he and his family were among the lucky ones. Many other displaced people in Helmand had been left homeless and starving, dependent on public charity.

“I ask the government to ensure our security – that’s all I want,” he said.

The renewed fighting in Helmand has led to a fresh wave of displacement among the local population, with aid agencies struggling to deal with what some describe as a “humanitarian crisis”.

The province, a centre of opium production, has long been one of the areas heaviest-hit by violence. The most recent Taleban onslaught has seen fighting reach the outskirts of Lashkar Gah, with hundreds of commandoes airlifted in to battle insurgents.

Naqibullah Ziarmal, the head of the local department of refugees and returnees, said that 8,000 families from the Nawah, Garm Ser, Nad Ali, and Marjah districts - and even from parts of Lashkar Gah itself – had been displaced by the fighting.

His office continued to work to locate and register others in the same situation, he continued.

Most had been left in very bad conditions, Ziarmal explained, adding that he was in talks with aid agencies in the hope of providing the families with basic rations and other necessities.

“We have supplied cash, food and other materials to 3,500 families so far,” Ziarmal said.

Some displaced families have managed to rent houses in Lashkar Gar, while others have found refuge with family or friends. A large number have also settled in a camp set up to house displaced people, although resources are so stretched that many have been forced to leave the province.

Mohammad Azim Nawabi, the head of the refugee department in Kandahar, said that 1,200 families had recently arrived from Helmand.

“We have begun a survey to help them because the displaced families face many problems,” he said.

Bilal Sadiqi, head of the local office of the Afghanistan Human Rights Commission (AIHRC) said, “We are concerned about the current situation in Helmand and we are facing a humanitarian crisis.”

The situation has been further complicated by an influx of refugees returning from Pakistan, after Islamabad announced new efforts to induce Afghans to return home.

Pakistan hosts some three million Afghan refugees, of whom nearly half are undocumented. Some have been living there for decades.

Pakistan has now set March 15, 2017 as the deadline for registered Afghan refugees to leave the country, despite UN warnings that this policy may have severe consequences.

UNHCR and the International Office for Migration (IOM) recently reported that 7,500 people were coming back to Afghanistan from Pakistan each day.

Provincial council members in Helmand warn that the situation is intolerable, with Lashkar Gah now effectively under siege and resources stretched to breaking point.

Bashir Ahmad Shakir, the head of the security committee, said, “It is unbearable. Thousands of families have been displaced due to the fighting, and they live miserable lives. I’m calling on the government as well as business leaders to help these refugees so that we don’t lose our own people.”

Basirul Haq Adil, a local activist in Helmand, agreed that the situation was becoming critical.

“Neither the government nor international donors have taken care of these people. Displaced people in Helmand don’t have access to even first aid or basic facilities. I know families who are facing death from hunger. The problems of the people of Helmand cannot be solved by only words or speeches – the government needs to announce what steps it is going to take.”

Many displaced people said that the situation in their districts had more or less stabilised until the recent Taleban offensive.

“The war forced us to leave our homes,” said Niamatullah, who came to Lashkar Gah from the district of Garm Ser. “When I moved here, I left my flourishing and productive farm. The government has not helped me in Lashkar Gah either. There are no jobs, and I don’t know what kind of future my children face.”

Mati Khan, a former resident of Nad Ali district, said that he sold his car and home appliances for half their real value as he had been so desperate to leave.

Fighting in his area had meant that he and his family were scared to leave the house during the day and unable to sleep at night.

“We ask the government to care about our future,” he said. “What will our children’s lives be like? The condition gets worse every day. There are some families who begin worrying where they can find their dinner as soon as they eat breakfast. They are barely alive, and facing serious problems.”

As for Khaliq, the head of a household of 15 from Nawah, he said he just wanted to take his family back to their village.

“We are begging the government and the foreigners for peace,” he said. “We need neither their money nor food. Our district had been deemed secure, but is now being consumed by conflict. I had a good life there. If we get the chance to return to Nawah, we will just restart our ordinary lives in our village.”