Russia and three Central Asian states are pledging stronger defence cooperation, but Uzbekistan is having none of it. 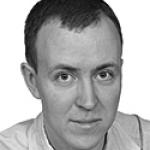 Russia and three Central Asian states are pledging stronger defence cooperation, but Uzbekistan is having none of it.

As Central Asian states prepare for what comes next when NATO forces withdraw from Afghanistan next year, Moscow is trying to forge a regional security grouping into a more effective system for countering threats. But the most populous Central Asia state, Uzbekistan, is giving these efforts the cold shoulder.

The presidents of Russia, Kazakstan, Kyrgyzstan and Tajikistan gathered on May 27-28 for a meeting of the Collective Security Treaty Organisation, CSTO. It was not a full summit, as the presidents of the bloc’s two non-Central Asian member states, Armenia and Belarus, did not come to the talks in the Kyrgyz capital Bishkek.

Busurmankul Tabaldiev, who heads the Kyrgyz government’s council for defence affairs, set out some of the challenges that Afghanistan would pose for Central Asia if things became more unstable there after 2014 – terrorism, Islamic militancy, increased drug trafficking, and arms smuggling.

The CSTO was conceived a year after the Soviet Union collapsed in 1991. In theory it can deploy troops to defend any member state, but the complexities of post-Soviet conflicts have so far made intervention impractical or unwelcome.

The prospect of trouble emanating from Afghanistan gives the CSTO a new sense of purpose. There is now talk of beefing up its joint forces on the ground and in the air.

In mid-April, the CSTO’s deputy secretary-general, Valery Semerikov, announced that a pact on joint air forces would be ready for discussion and review by the end of the year. One site that is likely to host aircraft from the new force is Kant in Kyrgyzstan, where Russia has leased airbase facilities for the last decade. The base is home to Russian fighter planes, and also to ground-attack planes well suited for counter-insurgency operations. Deputy defence minister Anatoly Antonov recently announced more funding for the base.

Meanwhile, Kyrgyz officials say the CSTO’s Rapid Reaction Force, currently 20,000-strong, is to be bolstered and reshaped to give it the capacity to conduct mobile mountain warfare operations against militants.

Moscow will continue to play a dominant role in the new CSTO, most likely providing a high proportion of troops and equipment. This will inevitably boost its influence in the region, especially as the United States military airbase at Manas, not far from Kant, is due to close next year. Kyrgyzstan provided the Manas facility shortly after the US-led invasion of Afghanistan in 2001, but Russia has always harboured suspicions of what it sees as a Western outpost in its traditional sphere of influence.

Centrally-located Uzbekistan has the largest armed forces in Central Asia, but is not a part of regional security efforts. Last June it suspended its membership of the CSTO, apparently out of concerns that Russia might place troops near its borders under the pretext of reinforcing the bloc’s security efforts.

Uzbekistan’s relations with Kyrgyzstan and Tajikistan are generally difficult. It objects strongly to hydroelectric projects in both states on the grounds that they will starve it of water. In apparent retaliation, it obstructs their access to their land routes crossing its territory, and periodically cuts off supplies of natural gas to them.

While it might seem likely that Uzbekistan will stand back as CSTO members forge a stronger alliance, it should be remembered that the country has a record of radically changing direction. It withdrew from the CSTO in 1999, only to rejoin in 2006.

Security cooperation within the CSTO framework goes hand in hand with closer ties in other areas. Kyrgyzstan is making plans to join a customs union whose current members are Russia, Kazakstan and Belarus, and Tajikistan is keen to do so as well.

While in Bishkek for the CSTO meeting, Tajik president Imomali Rahmon signed a deal with his Kyrgyz counterpart Almazbek Atambaev on building a new rail link between their two states. The link would be part of a continuous route running through Kazakstan to Russia, and would neatly eliminate the current Tajik and Kyrgyz reliance on Uzbekistan’s rail network, and the goodwill of that state’s leadership.

Speaking on May 29, Kyrgyz prime minister Jantoro Satybaldiev said a route had already been selected and a feasibility study would now be conducted. He also said the railway could ultimately connect with Afghanistan, Iran and the Gulf.

Asking Russia and Kazakstan to back the rail project, Kyrgyz and Tajik leaders highlighted the advantages for defence cooperation as well as trade.

The Kyrgyz leadership’s enthusiasm for a rail route running north from Tajikistan to Russia is a departure from its previous favoured option, going east to west from China through Kyrgyzstan and Uzbekistan. This appears to have stalled.

In another sign of Uzbekistan’s disengagement from its neighbours, its government is planning a new rail link between its Fergana Valley provinces and the rest of the country, cutting out the current route that goes through northern Tajikistan.

Pavel Dyatlenko is a political analyst with the Polis Asia think-tank in Kyrgyzstan.