Kyrgyzstan's growing ties with Moscow give it added clout in region but could prove a liability.

Kyrgyzstan's growing ties with Moscow give it added clout in region but could prove a liability. 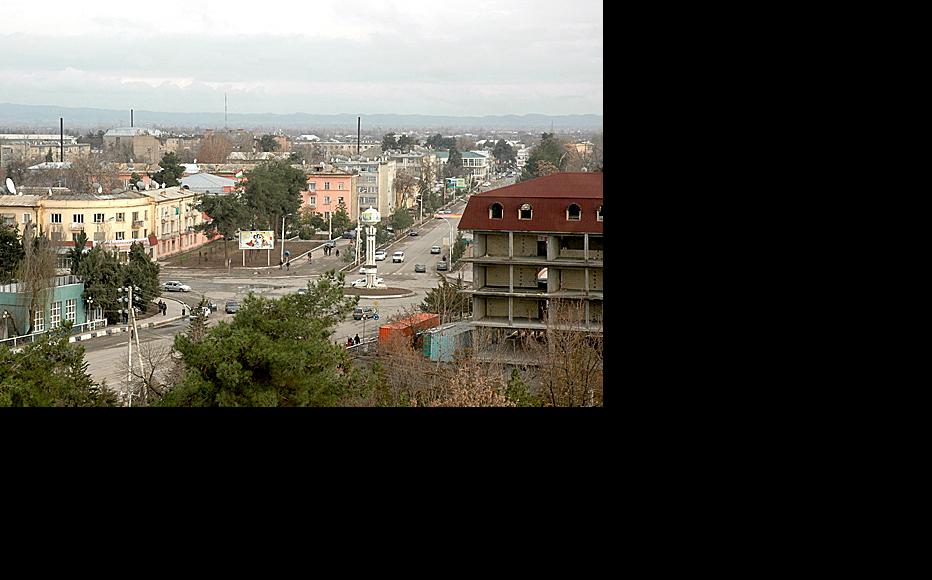 Qurghonteppa in southern Tajikistan is located in a region with a historically mixed Uzbek and Tajik population. (Photo: VargaA/Wikimedia Commons)
The link has been copied

Akmal, a student in southern Tajikistan, is finding his university studies a struggle because the teaching is all in a language he has not fully mastered.

The 21-year-old is an Uzbek, a member of the country’s largest ethnic minority. At school, the teaching medium was his native Uzbek, one of the Turkic languages. He did not realise how essential fluency in the state language, Tajik – a form of Persian – would be to his further studies.

With some difficulty, Akmal passed the entrance exams for the University of Qurghonteppa, and now says he is getting by thanks to the supportive attitude of lecturing staff.

“If I’m honest, we Uzbek-speakers are in a very difficult positions. In our Uzbek[-language] schools, we have problems with textbooks and books…. there are no universities offering teaching in Uzbek,” Akmal said.

Tajikistan’s last census conducted in 2010 showed that Uzbeks and related groups made up 14 per cent of the population, down from 23.5 per cent in 1989, the last count before independence. It is unclear whether most of the decline is due to emigration or to people “re-categorising” themselves as ethnic Tajiks.

Like other Central Asian states, post-Soviet Tajikistan has built up a sense of statehood around the “titular nation”, its language and historical narrative. In practice, that has produced laws designed to promote the learning and use of Tajik where Russian would once have been the lingua franca, and requiring that it be used in certain contexts including higher education.

According to the education ministry, the only university degrees that use Uzbek are a language and literature course and a teaching qualification for primary-school level, available at universities in Qurghonteppa and Kulob in the south of the country, Khujand in the north, and the capital Dushanbe.

The gradual erosion of Uzbek-language education in Tajikistan has been compounded by a shortage both of qualified teachers and of suitable textbooks.

Experts say Tajik-focused language policies and the exclusion of minorities from political decision-making are reducing opportunities for the Uzbek minority.

In the Soviet era, Uzbeks could go to university in Uzbekistan, as Tajiks in that country would come to Tajikistan, and each republic would supply the other with textbooks for use in schools. That has become much harder as a result of the difficult relationship between the two independent states. Visa rules and periodic travel restrictions have made cross-border travel difficult.

“There was a time when [Uzbek president Islam] Karimov accepted Uzbeks from Tajikistan but those days are over,” said Gulnora (not her real name), a woman from the western Hissar valley. “Now the border is shut down. Our relatives from Samarkand occasionally come to visit us. We go there very rarely. In Uzbekistan, they make it plain to us that we’re ‘Tajiks’, not their own.”

A 2009 language law in Tajikistan setting out a greater role for the national language and downgrading Russian has made it essential for minorities to gain fluency in Tajik lose out.

Rahmatillo Zoirov, leader of the opposition Social Democratic Party, recognises the need for the law but regrets the removal of clauses allowing other languages to be used, which he sees as discriminatory.

There is also some confusion – one article in the law says that all education is to be conducted in Tajik, but goes on to say that schools, colleges and universities can “conduct their work” in other languages. “But does this reference to ‘work’ mean they can offer education in other languages?” Zoirov asked.

In response to the changes, rising numbers of Uzbek families are sending their children to Tajik-language schools, either through choice or necessity.

Bahodir, an Uzbek resident of Vose district in the south, has a son starting school this September, and has made a conscious choice that he should study in Tajik from the outset.

“We live in Tajikistan. Tajik has become the state language. What else can we do?” he said.

By contrast, Nurmahmat Umarov is only reluctantly sending his son to a neighbouring village to attend a Tajik- language high school. He lives in the village of Navkoram in the south where the local school only offers the first eight years of schooling.

“In my view, it’s easier to learn in your own language than in another one, providing that pupils have all the necessary books and that there’s a library,” Umarov.

He noted that the village school had not received new Uzbek textbooks in nine years, and there were often just two or three books for a class of 20.

The education ministry says that the number of Uzbek-language schools is declining, and even some of the remaining ones have launched separate Tajik-medium streams.

Abdujabbor Aliev, head of primary and secondary education at the Tajik education ministry, said it would be wrong to see this as a government-driven policy. Instead, he said, it reflected choices made by the Uzbek community itself.

“There was one case when parents of children at an Uzbek school in Vahdat wrote to the ministry asking it to turn their school into a Tajik- or Russian-language one so that in future their children would be able to go to universities in Tajikistan,” Aliev said.

The city education head in Dushanbe, Farhod Khudoyorov, agreed that Uzbek-language classes were shrinking in the capital, and even then there were not enough teachers qualified to teach them. In the town of Vose in the south, meanwhile, an Uzbek-language school is to switch completely to Tajik once pupils in the last four grades leave.

“They make this choice [to enrol children at Tajik schools] because they face a tough challenge – it is mandatory to know Tajik, otherwise it will later be difficult to find a job or enrol at university,” she said.

Language in educational is discussed openly, but broader issues of representation and discrimination are much more sensitive.

A senior official told IWPR on condition of anonymity that he had decided not to offer an ethnic Uzbek a job in his department even though he was well-qualified for appointment.

“People in the government would not have approved my decision,” he said. “If he’d changed his ethnic origin in his passport, he might have had more of a chance.”

The authorities continue to apply the Soviet-era principle of designating people by “nationality” – ethnic origin, for example Russian or Uzbek – as well as by their citizenship of Tajikistan.

A police officer who did not want to be named told IWPR that he had been passed over for promotion because he was Uzbek, while younger Tajik colleagues received advancement.

The officer said he understood the overall policy of building nationhood, but resented discrimination.

“I agree that we should know and speak Tajik as this is the country where we were born and grew up,” he said. “What I find unfair are these unwritten rules regarding Uzbeks.”

Official figures dating from April show that Uzbeks held only 7.6 per cent of jobs in the civil service, far below their representation in the population.

Zoirov notes that Uzbeks are underrepresented in government, parliament and the judiciary.

“There are only two of them among the 63 members of the Council pf Representatives [lower chamber], or about three per cent, and the same is true of judges,” he added.

An official from the government department for civil service posts who did not to be named denied that discrimination occurred during recruitment.

“An applicant for a public position needs to tick the box on ethnic origin. But this is needed purely for statistical purposes and does not affect the employment process,” he told IWPR.

Gulnora said she and her grandchildren had suffered ethnic slurs and she felt the family’s application to buy land was being sidelined in favour of Tajiks.

“My sons are labour migrants in Russia and they come to visit me once a year,” the widow said. “We have a large extended family. We can afford to buy piece of land and build another house. We’ve been on the waiting list for five years. There are people who applied after us and have already bought land. We’ve heard that it’s because we’re Uzbek,” she said.

Some Uzbeks are now trying to assimilate by getting their “nationality” changed to Tajik in identity documents.

Nizora Rahimova, head of state registry for Vose district, said she was receiving increasing number of applications for babies to be registered as Tajik at birth.

“I recall from my own experience cases where Uzbek parents who can’t speak Tajik have come and asked for their children to be registered as Tajik,” she said. “They say they are doing this to secure a better future for their children.”

This kind of change was only possible if one of the parents was Tajik, she said, added that in some cases people searched the archives to look for documentary evidence of Tajik ancestry.

According to Rahimova, “In Soviet times, the ‘nationality’ box wasn’t of any significance, but these days….”

Zoirov says the state should treat all its citizens as part of an inclusive society, and groups like the Uzbeks should not be misleadingly referred to as a “diaspora”.

“Politically, this would be the most prudent and realist way to treat Russians, Uzbeks, Kazaks, Tatar, Ukrainians and members of other linguistic groups with whom we conjointly make up the nation of Tajikistan,” he said.

Tajikistan
Inclusive societies
Connect with us