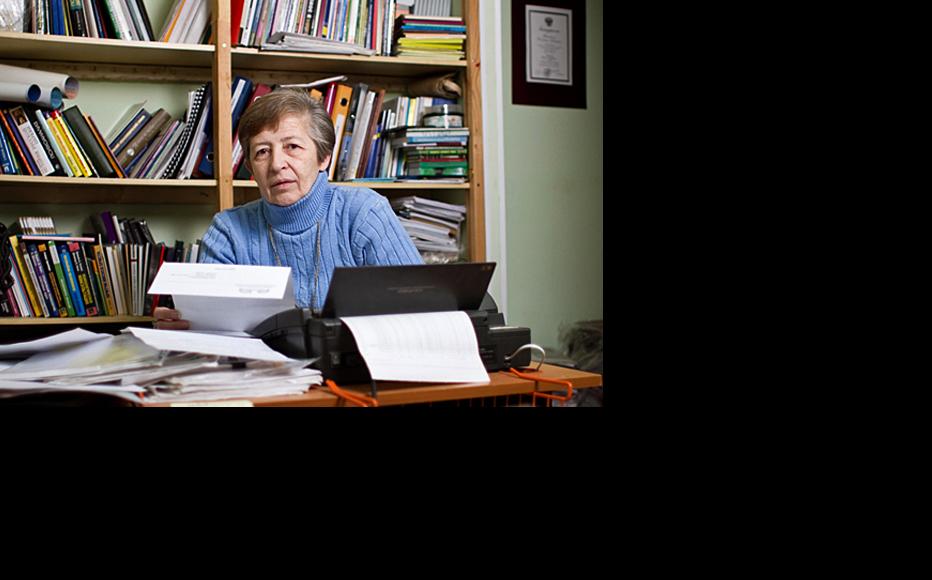 Officers from Uzbekistan’s secret service are being allowed to interrogate and mistreat people held in Russian prisons, according to the Moscow-based human rights group Memorial

The group claimed that in one such case, a 19-year-old Abdusamat Fazletdinov committed suicide in December. The same month, Latif Jalalbaev, serving a sentence in Russia’s Kaliningrad region, was interrogated by officers from Uzbekistan’s National Security Service or SNB, who beat him and threatened him with extradition and death in an Uzbek jail.

In an interview for News Briefing CentralAsia, Yelena Ryabinina, head of the asylum rights programme at the Moscow-based Institute for Human Rights, explained why the Russian authorities were giving a foreign security access to detainees.

Yelena Ryabinina: I fear that the tragic death of Abdusamat Fazletdinov will not be investigated, because the Russian authorities would then have to admit that Uzbek security officers are operating on their territory and being allowed to go into prisons. This pessimistic view comes from the fact that abductions and forcible removals of asylum-seekers from Russia have never been properly investigated.

In two cases, those of Mahmadruzi Iskandarov and Murodjon Abdulhaqov, the European Court of Human Rights [ECHR] has established that these asylum-seekers could not have been forcibly removed from Russia unless the Russian authorities were directly or indirectly complicit.

In my view, the reason why Uzbek security officers have such free access to Russia is that the two countries’ are cooperating illegally using counter-extremism and counterterrorism as a pretext. This comes from agreements signed by members of the Shanghai Cooperation Organisation, permitting their counterterrorism officers to operate on each others’ territories, with no effective controls and hence with impunity.

This is reflected in these visits to detained persons, and also in abductions of Uzbek and Tajik nationals, who are then taken illegally to their respective countries. Since they are taken out through Russian airports with no border, customs or security checks, there can be no doubt that this happens only with explicit approval from the Federal Security Service [FSB], which controls the border guards service.

NBCentralAsia: On December 14, Uzbekistan national Yusup Qosimakhunov was reported missing in the Taldom district of Moscow region after he was released after seven years’ imprisonment. Human rights defenders believe he was kidnapped by the Uzbek security service. How common would you say such cases are?

The case of Yusuf Qosimakhunov has caused my colleagues and me anguish over the last month. I had been his lawyer since January 2005, dealing first with the appeal for his conviction and later for extradition procedures that lasted a year and a half. Together with lawyers Sergei Golubok and Vadim Panfilov, we did all we could to persuade the Russian courts to overturn the order for his extradition to Uzbekistan. When it became clear this was unlikely to work, lawyer Kirill Koroteyev and I convinced the ECHR that the extradition should be delayed.

At every meeting we had with Qosimakhunov over the course of this year and a half, we discussed how to prevent him being abducted once he got released. By the time he was released, we had covered all the bases, including a declaration he made to the prosecutor's office that he would not leave pre-trial detention unless accompanied by his lawyers. He wrote another statement addressed to me saying if he suddenly disappeared, it would be the result of kidnapping and nothing else. But he disappeared on December 14.

We are continuing to work on this case, since after every previous abduction we have always found out what happened sooner or later.

A month and a half before Qosimakhunov went missing, another individual we were defending, Azamatjon Ermakov, went missing after he was released from pretrial detention in Nizhny Novgorod. It is now known that he is in Uzbekistan. There have been other abductions of Uzbeks in recent years, including of some who held Russian citizenship.

NBCentralAsia: What form does the intimidation of asylum-seekers by the Uzbek security service take?

Ryabinina: They warn asylum-seekers that if they refuse to return voluntarily, their relatives would suffer. In one case, a client of ours who was subject to a provisional ruling from the ECHR and was awaiting a full judgement there received a phone call from Uzbekistan telling him that his brother was into custody and would be sent to prison unless he returned.

Almost everyone who is arrested in Russia on an Uzbek warrant is visited either by SNB or FSB officers who pressure them not to contact lawyers or human rights defenders, warning them that if they do so, things will be even worse for them once they are back in Uzbekistan.

Although in most cases we succeed in blocking extraditions, there are times when people buckle under this kind of pressure and turn down our help. A tragic fate awaits them on their return to Uzbekistan.