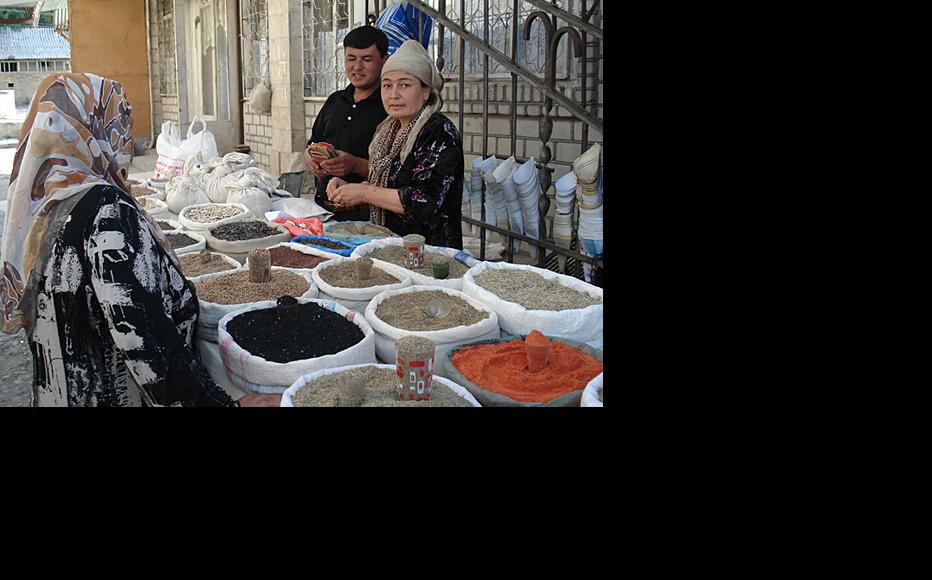 A recent trip to southern Kyrgyzstan – my first since 2010, shortly after the ethnic violence there – has left me with an abiding feeling of disappointment and unease.

The clashes in and around Osh and Jalalabad in June 2010 left more than 400 dead. Despite the passage of time, I am even less optimistic about the reconciliation process now than I was right after the violence, when the wounds were still raw and the atmosphere febrile.

At that time, there was a sense that people really wanted to get back to normal, which created some hope that things might get better.

Now I realise that people like me who live in the capital Bishkek, in the north of Kyrgyzstan, have a somewhat rosy picture of how the process of rebuilding bridges between the Kyrgyz and Uzbek communities has been going. My experiences during a ten-day trip to the south have left me with the feeling that there is very little room for optimism.

I was greatly pained to hear the various Kyrgyz people I met voicing negative views about their Uzbek neighbours, with whom they share a city and a country. I would not be surprised if the feeling is mutual.

A taxi driver who I hired for the duration of my stay told me outright that he did not like Uzbeks.

“They might smile at you and say they’re your friend, but then they can stab you in the back,” he said.

On the 2010 bloodshed, the taxi driver’s views reflected the Kyrgyz nationalist line that the Uzbek community was trying to mount a coup or harboured separatist ambitions.

“What more did they need?” he said. “They lived well. They had houses, cars and businesses – and then they asked for power.”

I tried arguing with him, saying there were no bad nations, only bad people. I said that nothing good would come from the constant tensions between Kyrgyz and Uzbeks, and that it was up to people from both communities in the south to ensure there was no repeat of the conflict.

I am not sure I managed to convince him. I only hope the discussion gave him some food for thought.

Through positive spin in pro-government media, the Kyrgyz central authorities has managed to create a false sense that the south has undergone real improvements since 2010. But I now know it is just not true when they say Kyrgyz and Uzbeks are moving back to peaceful coexistence.

On the surface, it does seem almost as if normal life has resumed – on the streets, at the markets, and in the traditional tea houses or “chaikhanas”, Uzbeks and Kyrgyz still talk to each other, smile, and ask how they are. But this semblance of normality is deceptive.

Most evenings, I went out for a stroll in central Osh. I rarely saw anyone on the street who did not look Kyrgyz. It was as though as night fell, members of other ethnic groups simply vanished from the city centre, cafes and shops.

Of course no one wants a repeat of the violence. But nor did I sense that people were making a real effort to stop this kind of tragedy happening again.

I visited On-Adyr, a mainly Uzbek village on the outskirts of Osh is a village. Kyrgyz try not to go there, and the Uzbek residents avoid venturing out of the settlement.

A friend who was visiting Osh at the same time as me described how difficult it was to find a taxi driver willing to take her to On-Adyr. The Kyrgyz driver asked for four times the usual fare, saying he generally avoided going there.

“You won’t see any Kyrgyz at all,” he told her. “I will take you there, but I’ll leave quickly.”

Before I went there myself, people told me that On-Adyr residents did not like Kyrgyz, but when I got there, I did not sense any animosity towards me. The people I met came across as warm and friendly.

It is depressing to realise that no lessons seem to have been learned from 2010. All the terrible things that happened then have just been swept under the carpet.

What is also disappointing is that the only politician in the south who wields real power, Melis Myrzakmatov, is driving forward a nationalist agenda that reflects both his personal views and the rising tide of nationalism.

There is no doubt that as mayor of Osh, Myrzakmatov has done a lot for the city. It is hardly surprising that he enjoys wide support among the Kyrgyz community. He is very charismatic and they see him as someone who cares about them, in contrast to central government. Southerners mistrust the authorities in Bishkek, where political leaders tend to hail from the north of Kyrgyzstan.

Since June 2010, Myrzakmatov’s policies have moved steadily in one direction – towards a vision of a future in which Kyrgyz are the dominant group in the state. And there are many who, just like my taxi driver, support this wholeheartedly.

All of it sends out a message that the Kyrgyz are dominant, a message that is also promoted in the media. It goes down well with many Kyrgyz, but it also drives the Uzbeks further away.

The current situation is that two separate, inward-looking communities exist side by side, important issues are not discussed, and emotions are not expressed in public.

There are also political divisions. The Uzbek community is perceived as looking to central government, whereas Kyrgyz in the south are mistrustful of the mainstream parties. This centre-versus-south tension is unhelpful.

It is true that the Bishkek authorities would like to see Myrzakmatov go. But trying to engineer this is bound to be counterproductive. The mayor is just too powerful to be removed by applying pressure from above.

So he is likely to continue in office, and to stick to his line that the Uzbeks need to integrate into a Kyrgyz-dominated society or else face exclusion.

Osh has turned into a city with two communities living separate lives, and one of them is growing resentful and angry.

Timur Toktonaliev is an IWPR journalist in Bishkek.