Is Ukraine Changing Position Over Karabakh?

The language from Kyiv appears more ambiguous, despite its long-term support of territorial integrity.

The link has been copied
Karabakh Crisis

Is Ukraine Changing Position Over Karabakh?

The language from Kyiv appears more ambiguous, despite its long-term support of territorial integrity. 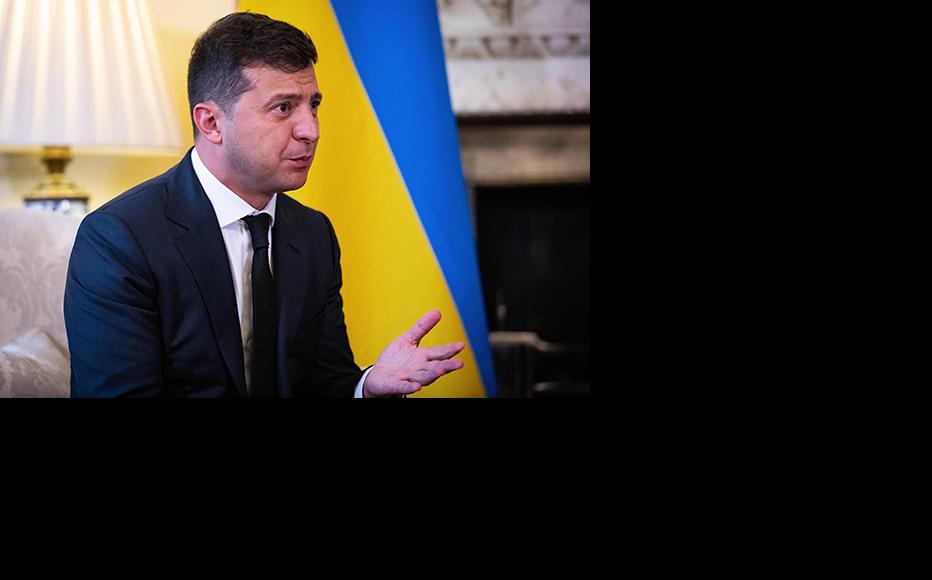 The reignition of the Nagorny Karabakh conflict has put Ukraine, a traditional ally of Azerbaijan, in a difficult position as it attempts to balance its diplomatic needs.

Not only are there large Armenian and Azeri communities living in Ukraine, but since Kyiv views all conflicts in the post-Soviet space as connected to Russia’s ambitions to restore control over former Soviet Republics, Karabakh is a reminder of its own war with Russia in the country’s east.

Ukraine has supported the territorial integrity of Azerbaijan ever since the first ceasefire in 1994. Since the annexation of Crimea and the war in Donbass, this position has become even stronger and more consistent.

Due to its own situation, Ukraine refuses to recognise any self-proclaimed states. This includes even Kosovo, which has been recognised by the US and most of Europe. Kyiv’s position is due to fears in Kiev that such a move could weaken its position over Crimea.

Similarly, in regard to any international conflict, Ukraine abides by the principle of inviolability of state borders.

“By focusing on the issue of territorial integrity, Ukraine automatically takes the side of Azerbaijan in the current conflict. However, it is positive that at the same time Ukraine insists on the peaceful resolution of the conflict,” Armenian ambassador to Ukraine, Tigran Seyranyan, told IWPR.

This approach is supported by most Ukrainian politicians and experts.

Moreover, Ukraine recently updated its national security strategy to declare Azerbaijan a strategic partner. This means that Baku has been raised to a level of relations that Ukraine has with its closest partners including Poland, Lithuania and Georgia.

Turkey, which is actively participating in the current conflict on the side of Azerbaijan, also has the status of a strategic partner.

Armenia, a member of Russia-led Eurasian Economic Union (EAEU) and Collective Security Treaty Organisation (CSTO), has in return traditionally supported Russia in all votes on issues related to Crimea and Donbass. Baku has consistently voted in favour of Ukraine.

Given all these factors, it seems logical that Kyiv would openly support Azerbaijan in its desire to regain control over its territories.

However, Kyiv’s response, at least in the beginning, has been much more ambiguous.

The first announcement by the foreign ministry over the start of the current fighting was markedly different from those made in the past.

Their statement was published on the ministry’s Facebook page rather than on its official website, and for the first time, did not mention unconditional support for the territorial integrity of Azerbaijan.

Some analysts suggest that that the conflict in the South Caucasus has become an issue of domestic rather than foreign policy due to the influence of Minister of Internal Affairs Arsen Avakov, the most high-profile representative of Armenia’s large and influential Ukrainian diaspora.

Avakov has served as interior minister for the past six years, despite ongoing controversies. Last summer there were protests demanding his resignation over his disproportionate influence and failure to address problems in the law enforcements bodies during his lengthy tenure.

He has also taken a more combative approach to Azerbaijan. Earlier this year, his ministry sent ethnic Armenian delegates to a police workshop in Baku organised by the EU. Unsurprisingly, the host country refused to accept them and Avakov issued an angry letter of protest to the EU embassy demanding they take punitive measures against Azerbaijan in response.

Although Avakov has been a minister since 2014, his influence has grown significantly since Zelensky's victory. During the previous escalation over Karabakh in 2016, he refrained from making such outspoken statements.

“The influence of Arsen Avakov significantly goes beyond the ministry headed by him,” said Igor Semivolos, executive director of the Center for Middle East Studies. “He is clearly not pro-Azerbaijani and with all his might tries to use this pressure to change the Ukrainian stance on Karabakh.”

Former president Petro Poroshenko’s European Solidarity party views the conflict in Karabakh as a reflection of Donbass, and accordingly believe that Ukraine should fully support Baku or risk weakening their own position vis a vis Russia.

The pro-Russian Opposition Platform - For Life party supports Armenia, with the argument that by doing so they are backing a Christian state in a confrontation with the Muslim world.

As for President Voldymyr Zelensky’s Servant of the People party, lawmakers have expressed no clear, unified position on the issue from the ruling. A clear declaration of Ukraine’s support for the territorial integrity of Azerbaijan was issued only after a fiery online exchange between Avakov and Servant of the People lawmaker Lyudmila Marchenko over Karabakh.

Responding to a statement by Marchenko on the need to provide Azerbaijan with both humanitarian and military assistance, Avakov promptly tweeted, “Ukraine will not provide military assistance to either side of the Azerbaijani-Armenian conflict,” adding that “medical assistance…should be provided for fantasist parliamentarians…”.

This confusion amidst the conflict has put Kyiv in a difficult situation. Hesitation over support for Baku might disappoint its strategic partner, and Azerbaijan may no longer be supportive to Ukraine on critical issues.

At the same time, even if Ukraine changes its position on Karabakh, this will not make Armenia more pro-Ukrainian.

“Armenia is too dependent on the Russian Federation to be our ally,” Semivolos said. “As a result, we will lose an ally and gain nothing in return.”

Giving Voice, Driving Change - from the Borderland to the Steppes
Armenia, Azerbaijan, Karabakh, Ukraine
Diplomacy, Conflict
Connect with us