Outspoken critic of the Assad regime was stopped as she entered the UK.

Outspoken critic of the Assad regime was stopped as she entered the UK. 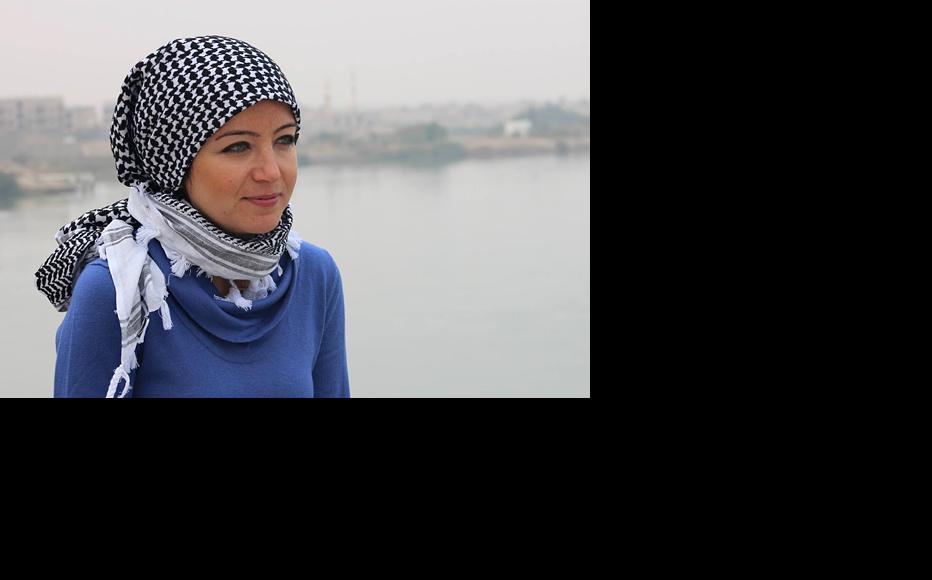 Four organisations – the Council for Arab-British Understanding, Index on Censorship, IWPR, and RSF – have raised the matter with the Home Office and Foreign and Commonwealth Office.
The link has been copied

We condemn the decision of UK border officials to confiscate the passport of Syrian journalist, Zaina Erhaim, at the request of Syrian authorities. We urge the British government to protect the freedom of the press by refusing to let foreign governments use manipulation of the passport system to punish journalists.

The Syria coordinator for the Institute of War and Peace Reporting (IWPR), Ms Erhaim has been recognised by a number of organisations internationally – including Reporters Without Borders (RSF) in 2015 – for her work training citizen journalists to report on the conflict within Aleppo.

Ms Erhaim was invited to the UK in her capacity as winner of this year’s Index on Censorship Freedom of Expression Awards for journalism to speak about her experiences alongside veteran journalist Kate Adie.

When Ms Erhaim arrived in the UK on Thursday 22 September for the event she was detained by the UK Border Agency (UKBA) and questioned for an hour before UKBA confiscated her passport. Erhaim was told that the passport had been reported by the Syrian authorities as stolen and therefore UKBA was compelled to retain it and return it to the Syrian government.

Ms Erhaim had her old passport, which remains valid but is effectively unusable because the pages are filled, and was able to enter the UK for the debate. Further travel may be impossible, however, as Ms Erhaim no longer has a passport with which to apply for a new visa to enter Europe.

When Ms Erhaim challenged this decision, she was told to seek consular advice from the Syrian government in Damascus.

“It seems quite astonishing that the UK would accede to a request from a government whom it has only this week accused of being complicit in war crimes – especially when it is clear that the Syrian government is using tools, such as passport cancellations, to harass those who oppose or expose its behaviour,” Jodie Ginsberg, CEO of Index on Censorship, said.

Anthony Borden, IWPR executive director and managing director, said: “Zaina Ehraim is internationally recognized as one of the most courageous and professional independent voices from Syria – working at great personal risk to support media and civic society inside the country to inform the world about this terrible conflict and keep hope alive for some kind of positive future.”

“The idea that the British government – which has directly supported our work in Syria – should accede to the demands of the Syrian authorities to seize her passport is profoundly offensive to any democratic thinking, directly undermines the effort to build civic options inside Syria, and sends precisely the wrong message to the criminal regime in Damascus,” he added.

Four organisations – the Council for Arab-British Understanding, Index on Censorship, IWPR, and RSF – have raised the matter with the Home Office and Foreign and Commonwealth Office.

“We are appalled that the UK authorities have allowed our system to be manipulated in this way. British law is meant to protect freedom of expression, not to be used to harass critical journalists at the urging of repressive regimes. We call on the Home Office to take immediate steps to assist Erhaim and issue a public statement in her support,” said Rebecca Vincent, RSF’s UK Bureau Director.

Chris Doyle, Director, Council for Arab-British Understanding said: “The precedent set by seizing Erhaim’s passport and the message it sends to oppressive governments around the world is alarming.  In theory, any vicious regime could demand the return of a passport from any government merely by fraudulently claiming that the passport is stolen.”

The Frontline Club is also supporting a campaign to raise awareness of the issue.

If you would like to write a letter in support of Zaina Erhaim, address your correspondence to:

Syria
Regime
Connect with us