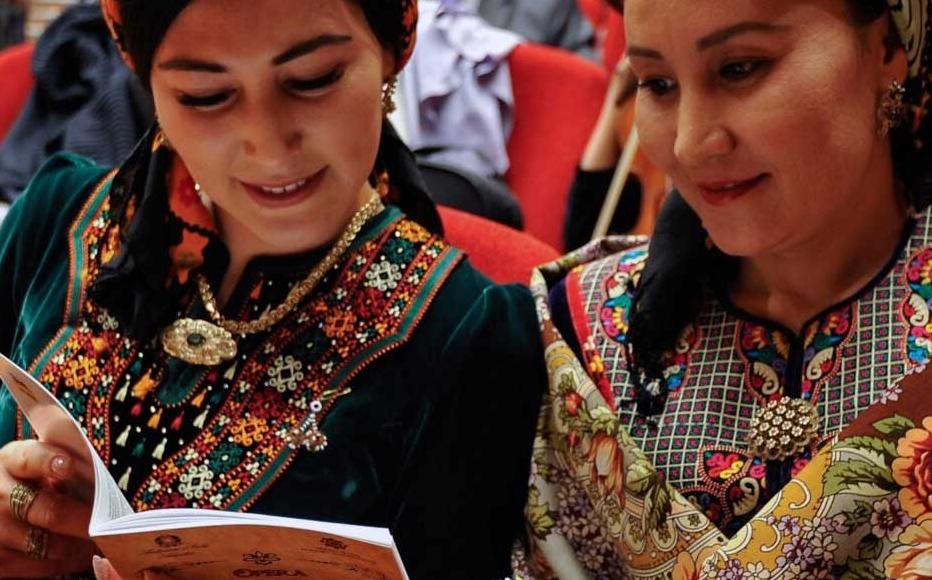 Turkmenistan's authorities have introduced severe restrictions on women's appearance, banning beauty practices like dyed hair, manicure and fake nails and eyelashes. Since April, women are also no longer allowed to sit in the front seat of taxis and male drivers are barred from offering rides to women who are not family members. © Igor Sasin/AFP via Getty Images
The link has been copied

Women in Turkmenistan are no longer allowed to sit in the front seat of taxis and male drivers are barred from offering rides to women who are not family members, in the latest move to shrink women’s rights in the Central Asian country.

The informal ban came in April, following prohibitions police have been enforcing on beauty practises like dyed hair, manicure and fake nails and eyelashes.

Taxi drivers were instructed that “women were no longer allowed” due to a “new decree”.

“We had a meeting and we were told about the new order – not to let women sit in the front seat,” a taxi driver told IWPR on condition of anonymity. “When we asked what if a group of female passengers, say, three or four, wanted to get into the cab, they told us, ‘Just keep driving on.’”

The new prohibitions have crushed hopes that the 40-year-old newly appointed president Serdar Berdymukhamedov, son of the previous leader, could pursue a more enlightened path.

The bans are informal, with no official legislation backing them up. However, such random bans have been a hallmark of independent Turkmenistan. Saparmurat Niyazov, the country’s first president, outlawed ballet, opera and circus, closed the Academy of Sciences and significantly reduced the number of school years. He also banned golden teeth, a common custom in the country, and renamed the months of the year and the days of the week after Turkmen national symbols. Gurbanguly Berdymukhamedov, Niyazov’s successor, cancelled some of the prohibitions – only to introduce others, many of which focused on women.

In 2018 authorities stopped issuing new driving licenses or renewing existing ones to women. The outrage and the numerous appeals that followed had little impact, with police arguing that female drivers caused a high number of accidents. The same year a ban on swimming costumes was also introduced and pro-government websites began publishing images of women bathing wearing national dress.

The front seat prohibition followed only days after the introduction of a ban on the use of beauty services such as eyelash and nail extensions, lip tattoos and Botox injections. On April 12, police in Bayramaly, in the west-southern region of Mary, reportedly warned beauty salon owners that infringement risked up to 1,000 manat in fines (285 US dollars at the official exchange rate) or up to 15 days in prison.

Women are also banned from wearing tight, revealing or Western-style outfits. Since late April, female state employees have been required to sign a pledge vowing to stop using beauty services and commit to wearing the traditional balak, baggy embroidered trousers, with matching traditional dresses. They face potential dismissal if caught in breach of this promise.

Oil-rich Turkmenistan is one of the world’s most closed societies. Access to the internet is strictly limited, including a total ban on social media platforms.

The restrictive commands regulating women’s appearance started following the disintegration of the Soviet Union, as the newly independent state began to define its national identity.

Students of all grades must follow a strict dress code. Each university has its own colour and cloth texture for dresses, and it is strictly forbidden to deviate from this requirement, even from the colour shade. Girls are obliged to wear national dress and tie their hair in braids, along with the national takhya headwear. The market has adapted to the rule and many female students just buy fake braids and attach them to their takhyas or buy readymade headwear to hide shorter haircuts.

Men cannot wear skinny trousers, shorts, western-style haircuts or beards. Police have reportedly stopped young men in the streets and forced them to shave at the police station. They are fined, registered and must undergo regular checks for several weeks in a row. Similarly, men under the age of 40 are forbidden to grow long beards, which are called wahhabi and Taleban-style. Checks on young couples are regular practice, especially in the evening, with police asking for identification and marriage certificates.

Figure-fitting clothes or beauty procedures are considered to be against türkmençilik, or “turkmen-ness,” a term encompassing habits, customs, rituals and duties that form the nation’s identity.

Turkmen women, however, argue this was not a historical or socially accurate interpretation.

“Turkmen women were warriors, they never covered themselves,” Akgul (not her real name) a Turkmen woman living abroad, told IWPR. “Now they have to wear long clothes, they are banned from beauty treatments, cannot sit in front of cars and the driving license of those who have one will not be renewed."

Nothing was left of the Turkmen nomadic spirit, she added.

The gradual erosion of women’s rights clashes with Turkmenistan’s constitution, laws and international conventions it has signed, including the 1997 convention on the elimination of all forms of discrimination against women (CEDAW).  In December 2020 the Ashgabat government approved its national action plan for gender equality 2021-2025, which supposedly aimed at improving standards at a national and local level, including in health care, education and empowerment of women and girls.

A dissident, formerly close to high-ranking officials, told IWPR that bans on emancipation and westernisation, specifically for women, stemmed from a policy of moral coercion rather than ultra-traditionalism.

“Authorities nurture a constant fear of punishment, even non-lethal one, in the form of a fine or other pressure,” the source, who asked to remain anonymous, continued. “They always apply such pressure, for different reasons… These are a kind of reprisal from the authorities against society, one of the methods to oppress mental health.”

According to the dissident, the restrictions, their duration and painfulness were all tools to suppress the will of the society, its self-awareness and organisation.

“No measures have caused death, and painful bans or restrictions cannot lead to riots or uprisings,” the dissident explained. “A constant stick-and-carrot policy is the primary reason for all these, at first sight, crazy actions of the authorities.”

Serdar Aitakov is the pseudonym of a reporter in Turkmenistan.