The ethnic group are periodically expected to express their loyalty.

The ethnic group are periodically expected to express their loyalty. 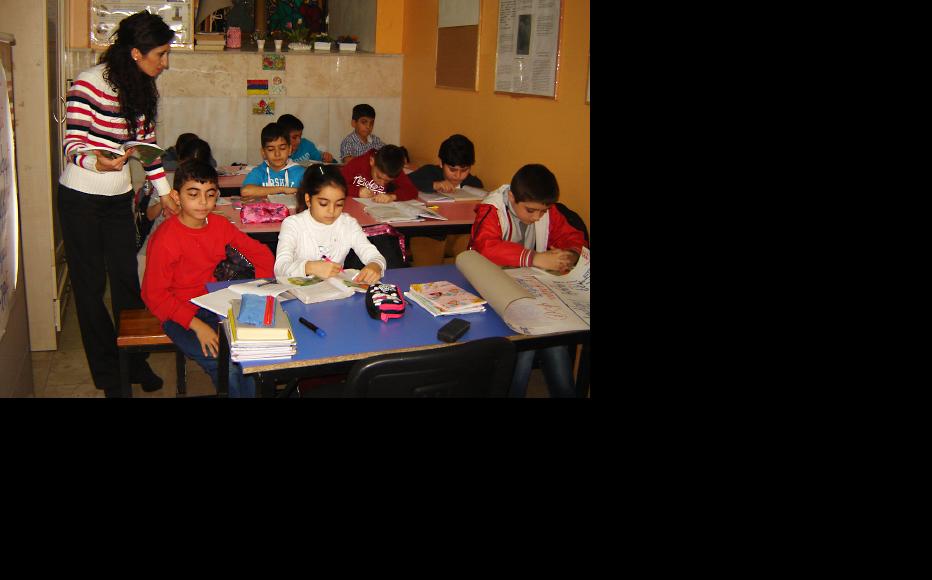 Informal-illegal school based in Armenian protestant church in 2003 for children of Armenian migrants in Istanbul. (Photo: Suren Deheryan) Bookstore in Istanbul, where you can find Armenian literature. (Photo: Suren Deheryan) 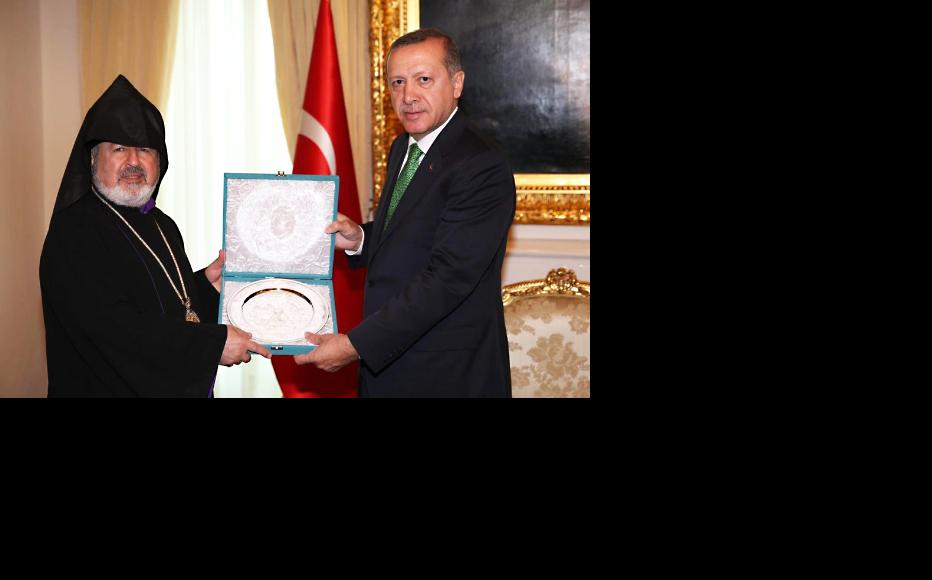 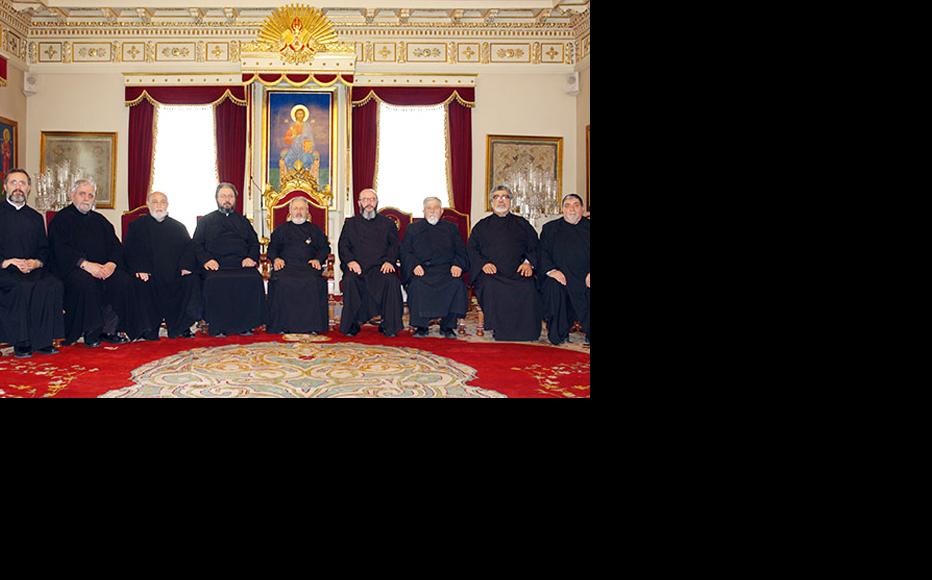 Turkey’s Armenian community has once again found itself caught between upholding its identity and trying to stay on the right side of the Turkish authorities.

Ankara was furious over the German parliament’s June 2 decision to recognize the mass killings of Armenians by Ottoman Turks in 1915 as genocide.

President Recep Tayyip Erdogan threatened to deport citizens of Armenia living there illegally, and there were chants of “the best Armenian is a dead Armenian” at one gathering of ultranationalist youths near the German consulate in Istanbul.

Devlet Bahçeli, chairman of the opposition Nationalist Movement Party, praised what he called “the expulsion of 1915,” adding, “if today [such] a need arises again, we will repeat it”.

Although the Armenians are recognised as an official community with its own religious, cultural and educational institutions as well as media, Turkish officials see any acknowledgment of the genocide as highly provocative.

Amid such tensions, Archbishop Aram Ateshyan, the general vicar of the Armenian Patriarchate of Istanbul, wrote to Erdogan on June 7 to decry the German decision.

Claiming to write on behalf of the Armenian community in Turkey, Ateshyan expressed regret over the German move, stating that the “Armenian people are being used by imperialistic forces”.

He also said that the resolution was adopted “to accuse and punish the Turkish state and nation”.

His actions caused considerable anger in some sections of the Armenian community.

There were calls for him to be defrocked, and the Istanbul-based Armenian weekly Agos newspaper called Ateshyan a “palace patriarchal vicar” who was not entitled to represent the community.

Agos’ Armenian co-founder and chief editor Hrant Dink was killed in front of his newspaper offices in 2007 in Istanbul by a Turkish ultranationalist.

The newspaper warned that the archbishop´s letter “has caused great indignation in the community.  This we could see from the feedback our newspaper has received.

“We would like to stress that it is simply terrible to put pressure on the Armenians in Turkey and make victims of the Armenian genocide deny it.”

Vahram Ter-Matevosyan, a senior research associate at the Institute of Oriental Studies at the National Academy of Sciences, said that Armenian community leaders in Istanbul had long been expected to periodically express their loyalty.

“So much noise and such propaganda has arisen around Ateshyan´s letter to Erdogan that it has created the impression of this being unprecedented.  This is not so,” Ter-Matevosyan told IWPR.

In 1965, the Patriarch of the Constantinople diocese of the Armenian Apostolic Church, Shnorq Galustyan, publically distanced himself from memorials organised by the Armenian diaspora to mark the 50th anniversary of the genocide

But Nalci said that Ateshyan had gone too far in his letter.

“In the past, the representatives of the clergy managed to balance this [show of loyalty].  The predecessors of Ateshyan spoke on behalf of the religious and not the political figures.  Ateshyan wrote a letter in the style of an AKP lawmaker,” Nalci told IWPR.

AKP is an abbreviation of Turkey´s ruling Justice and Development Party.

Many others within the Armenian community believe that Ateshyan´s letter was actually composed by the Turkish authorities and only signed by the archbishop.

“It is unlikely that these proposals [in the letter] belong to Ateshyan.  I see here the handwriting of the state,” well-known Turkish human rights activists Ayse Gunaysu told IWPR.

“I read the letter very carefully.  It seems to have been written and delivered to Ateshyan so that he would sign it.  That is why the anger should not be directed against Ateshyan, but against the Turkish state, based on an anti-Armenian policy.”

The ethnic Armenian community in Turkey is estimated to consist of around 60,000 people, who live mostly in and around Istanbul.  The community has lived in Turkey for centuries and views itself as an indigenous nation.

According to various estimates, there are also between 500,000 to one million Armenians whose ancestors converted to Islam to hide their real identity.  They are mostly concentrated in the eastern part of Turkey.

There are also believed to be around 10,000 illegal labour migrants from Armenia in Turkey.

The Armenian Patriarchate has been the religious head of the Armenian community in Turkey since 1461 and remains their spiritual representative today.

The clergy has always played an important role in the community.  Most of the 18 Armenian schools in Istanbul are under the jurisdiction of the Armenian Apostolic Church.

Ateshyan himself did not react to the criticism his letter provoked.  But the Religious Council of the Patriarchate issued a proclamation asking the community for understanding due to the political and social realities that exist in Turkey, “without forgetting what the Ottoman Armenians were subject to 100 years ago”.

But Ter-Matevosyan warned that the letter marked a low point for the relationship between the government and minority groups.

He said that pressure exerted by Turkey on freedom of religion and speech were limiting rights and creating a dangerous atmosphere, adding, “It is in this context that the letter and statements were born that have nothing to do with the opinion of the Armenian community and Armenians as a whole.”

Armenia, Turkey
Life
Connect with us