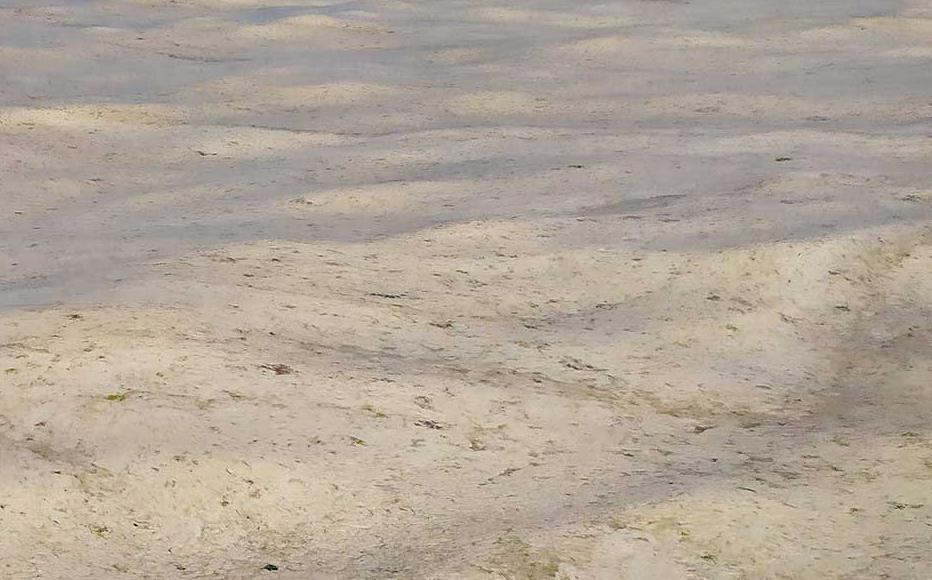 View of the Marmara sea covered in sludge produced by algae as a result of hot weather and pollution. © Fatih Polat 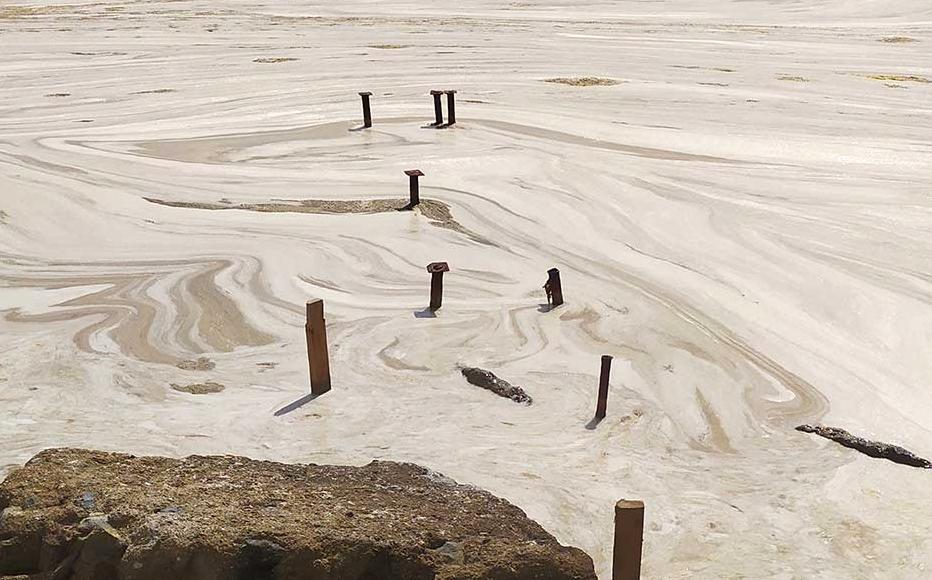 View of the Marmara sea covered in sludge produced by algae as a result of hot weather and pollution. © Fatih Polat
The link has been copied

Gizem Örnek, a young woman who lives on Istanbul’s Princes Islands, in the Sea of Marmara, used to love living in the idyllic seaside location. Recently, however, she says that sitting beside the sea has become a depressing activity.

“Me and my husband moved here to get away from the city and closer to the water some five years ago. We had a baby who just turned one and whom we named Deniz [sea in Turkish],” she said. “I wanted my child to grow up with the sea, stare out into it, swim in it and breathe it in. These days, we can’t even dip our toes in it, and we don’t eat seafood either.”

The problem is a huge overgrowth of marine mucilage, a green sludge produced by algae as a result of hot weather and pollution which has been nicknamed “sea snot.”

The mucus-like substance has bloomed in Turkish waters in recent weeks, suffocating the shores of the Sea of Marmara, which lies south of Istanbul between the Black Sea and the Mediterranean.

What really upsets Örnek “is looking out at the sea each day.

“Marmara has been dubbed dirty and polluted for years, and I found out recently that experts have been warning about mucilage for a long time. I hope it all gets resolved soon, because I can’t bear to watch the sea I look at from my window die before my eyes,” she said.

Marine biologist Mert Gökalp described the growth of sea snot as the Marmara’s “cry for help,” warning that it was a sign it “could be turning into a cesspool”.

Mucilage emerges most often in inland seas, Gökalp continued, when conditions cause algae - microscopic organisms that live in water - to grow rapidly.

“They can grow to the point of altering the chemistry of bodies of water as a result of their excessive consumption of oxygen,” he said.

The mucilage consists of bacteria that feed on waste the algae produce, which builds up at such a rate that it can no longer be dispersed in the water.

Climate change and pollution were contributing to the current spike, Gökalp continued.

“Some 25 million people live on the shores of the Marmara Sea. Domestic waste from this 25 million have been dumped into the sea without any filtration for 50 years. A heavy load of phosphate has accumulated from the disposal of agricultural chemicals, fertilizer and industrial metallic waste,” he said. “Recent reports have shown that an increased use of detergents during the pandemic may have added to the phenomenon.”

In addition, the water temperature has increased by 2.5 degrees centigrade in recent years, a faster rate than the global average.

“That’s a result of human activity, and a lack of salt and freshwater sources that discharge in the Marmara adds to the mucilage,” Gökalp said.

Climate and energy expert Önder Algedik noted that industrial waste had the same impact as domestic waste when it came to mucilage, noting the particular impact of fossil fuel power plants. These dump hundreds of thousands of cubic meters of hot water into the Marmara annually, Algedik said, adding that the oxygen levels on Marmara shores near İstanbul, Kocaeli and Erdek had dropped drastically.

We’ve lost the old Marmara, but we have to win it back.

According to Gökalp, mucilage threatens the natural habitat of thousands of species around the Sea of Marmara.

“Cotton-like sheets have emerged in the water, blocking out sunlight, disabling daily life functions for many species. Mucilage provides nutrition for viruses that cause ailments in marine creatures and lowers oxygen levels. The deaths of creatures that feed on microorganisms means the extinction of species that clean the seas,” he said.

Is it too late to save the Sea of Marmara? “We’ve lost the old Marmara, but we have to win it back. If we let it go entirely, we’ll lose the Black Sea as well. This pollution is bound to affect the Black Sea,” Algedik said.

Spokespeople for the governing Justice and Development Party (AKP) maintain that President Recep Tayyip Erdoğan’s plans for an artificial canal connecting Marmara to the Black Sea, Kanal Istanbul, could help discharge mucilage. However, Algedik noted that the president’s “crazy project” would bring in additional 500,000 households to the area.

“The sea could be partially salvaged now, but Kanal Istanbul would bring in 1.5 million more residents’ waste, which would make it impossible to save Marmara. This would be topped off by an ecological massacre that would further threaten the Black Sea,” Algedik said.

Environment and urbanisation minister Murat Kurum announced an action plan to rid the Marmara of mucilage following a recent coordination meeting with the governors and mayors of Kocaeli, İstanbul, Balıkesir, Bursa, Tekirdağ and Yalova - cities located around the Marmara coast. The plan proposes to upgrade treatment plants into advanced biological purification centres to introduce higher industrial production standards and promote the reuse of waste water.

Kurum also said that the government had removed 1,197 cubic metres of mucilage from the Sea of Marmara in four days. Ahmet Dursun Kahraman, chair of the chamber of environmental engineers, was sceptical however, arguing that the state’s efforts were geared more towards generating profit for private businesses.

“Marmara has been tormented, and Kanal Istanbul would be the [final blow],” Kahraman said.

Gökalp, meanwhile, believes that zero waste is the only sustainable solution. All industrial facilities that discharge waste into the sea should be shut down, he said, adding that agricultural producers should be fined or closed down if they pollute.

“The sea will clean itself if human activity is removed,” he said. “Waste discharge must be eliminated.”

Turkey
Environment
Connect with us