Visitors to famous beauty spots have more than doubled over the last year.

Visitors to famous beauty spots have more than doubled over the last year. 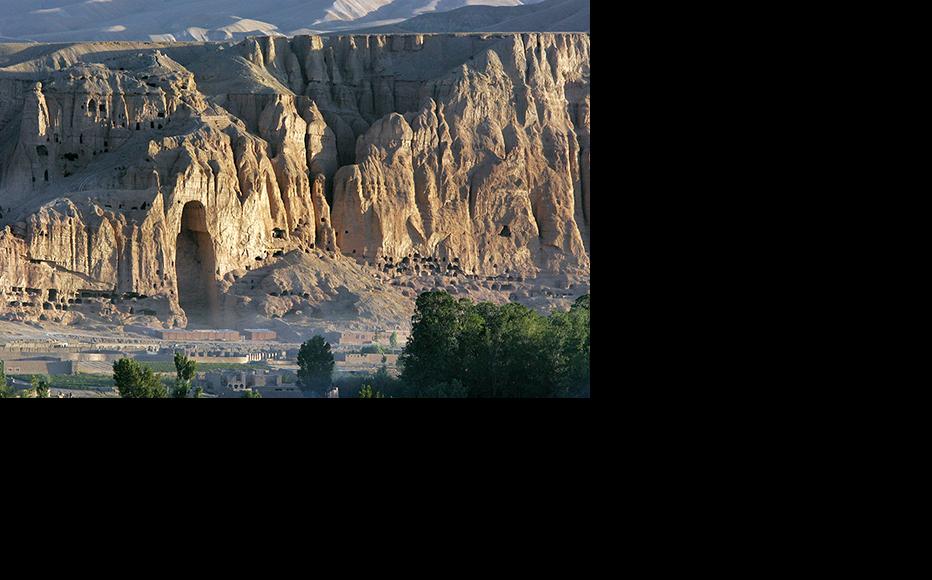 An alcove, which used to contain a giant Buddah, lies empty in Bamiyan, Afghanistan. (Photo: John Moore/Getty Images)
The link has been copied

Officials in the historic Afghan province of Bamiyan say that domestic tourism to its famed archeological treasures and nature parks is soaring.

More than 250,000 tourists have visited Bamiyan so far this year, more than double the 100,000 who came last year. Several hundred foreign citizens were also among the visitors.

Bamiyan, a UNESCO world heritage site since 2003, was perhaps best known for the two giant statues of Buddhist deities carved during the third and fourth centuries AD, when Afghanistan was an important junction on the Silk Road.

Standing amid a complex of caves, shrines and grottoes, they survived numerous wars and invasions, including that of Genghis Khan, but were destroyed in 2001 after the Taleban deemed them to be symbols of idolatry.

Visitors still flock to see the porches and some remaining fragments, while other historic sites in the province include a number of ruined ancient settlements.

South of Bamiyan city lies Shahr-e Gholghola, or City of Screams, so named because of its destruction in the 14th century by Genghis Khan after months of siege.

Shahr-e- Zahak, another ruined hilltop town in the east of the province, dates from the time of the Samanid Empire and was also destroyed by Ghengis Khan. The remains of its fortresses were further damaged in the conflicts of the 1980s and 1990s.

For those seeking wildlife and nature, Afghanistan’s first-ever national park Band-e-Amir lies some 70 kilometres northwest of the provincial capital. The 40,000 hectare site, designated a national park in 2010, has nine lakes and remains relatively cool even at the height of summer.

“As soon as I entered Bamiyan I felt calm, because of the security and beautiful landscapes, the people of this province are calm and peace-loving,” said Dean Muhammad, a visitor from Kabul who said that seeing the remains of the Buddha statues had been particularly moving.

“They are indeed great national treasures, and the government should protect them very carefully,” he continued. “It's unfortunate that we now see these historic monuments devastated; the Taliban targeted an entire civilisation with their acts.”

Ahmad Hussain Ahmad Poor, Bamiyan’s acting director of information and culture, said that 260,000 tourists had visited Bamiyan so far this year, including 396 foreigners.

“This number is growing, and we will see more tourists by the end of the year," he said, adding that the revenue from the Band-e-Amir and the Buddha sites alone was 23,000 US dollars.

But facilities are struggling to keep pace with the growth of tourism. There only ten hotels offering rooms in Band-e-Amir, for instance, and all close out of season.

“In the spring and summer, many foreign and domestic tourists travel to this park,” said Jawad Malik, who owns the Sitara hotel in Band-e-Amir. “People come with their families to relax but we can’t provide enough rooms for the number of travellers.  Our rooms are booked up far in advance, and at night a lot of people sleep in tents outside the hotel."

That’s what Mohammad Arif and his family, visiting Bamiyan from Herat, have been forced to do.

“Band-e-Amir is a good place to have fun, but there are some problems here," he said. “We are here for a two day holiday, but we have a problem at night, as we have nowhere to sleep.

“Hotels have very few rooms, they do not cater to the needs of visitors and we have to sleep in a tent at night.”

Local officials say that they already have plans to improve facilities for travellers.

“The local administration is committed to provide tourists with better service,” said Abdurrahman Ahmadi, a spokesman for the Bamiyan governor. “We plan to hire more tour guides for the Buddhas, the Band-e-Amir park and for the cities of Zahak and Gholghola in the coming year.”

Bamiyan is mostly Hazara, an ethnic group that follows the Shia Islam. The province is relatively secure and prosperous, with around 50 per cent of the population able to read or write.

There is a lively trade in handicrafts such as carpets, felt, embroidery and knitwear, sold by women to tourists, especially in the summer season.

As well as tourism, the provincial economy is largely based on agriculture and Bamiyan produces half of the country's potato crop, which is also exported to Pakistan and Uzbekistan.

Bamiyan is also one of the safest out of Afghanistan’s 34 provinces, although there have recently been some security issues. Checkpoints in the Shibar district of Bamiyan have twice come under attack from Taleban fighters believed to have come from the Tala Barfak district of Baghlan province. Five people were killed in these attacks.

But Ahmadi said that their priority was to ensure security, particularly on the main travel routes into the province.

“We are also making efforts to secure the Bamiyan roads from the neighbouring provinces [of Maidan Wardak and Parwan] in cooperation with the security sectors. Once these routes are safe, the number of tourists in Bamiyan will rise from year to year.”

For improved ease of access, the 14 km road to Bamiyan city is also due to be re-asphalted next year.

Ahmadi said that a second five-year plan for the management of Band-e-Amir was also in the early stages of implementation. Numerous possibilities remain to be explored, including skiing amidst Bamiyan mountainous terrain. In 2011 a women’s ski competition was held there, in which the Bamiyan team emerged as the winner.

Ahmadi concluded, “The local authorities are trying to offer a range of modern amenities and facilities, and make plans for attracting tourists that will be better than ever before.”