Tough Line on Religion in Kazakstan

Critics decry new legislation as setback for freedom of confession.

Tough Line on Religion in Kazakstan

Critics decry new legislation as setback for freedom of confession. 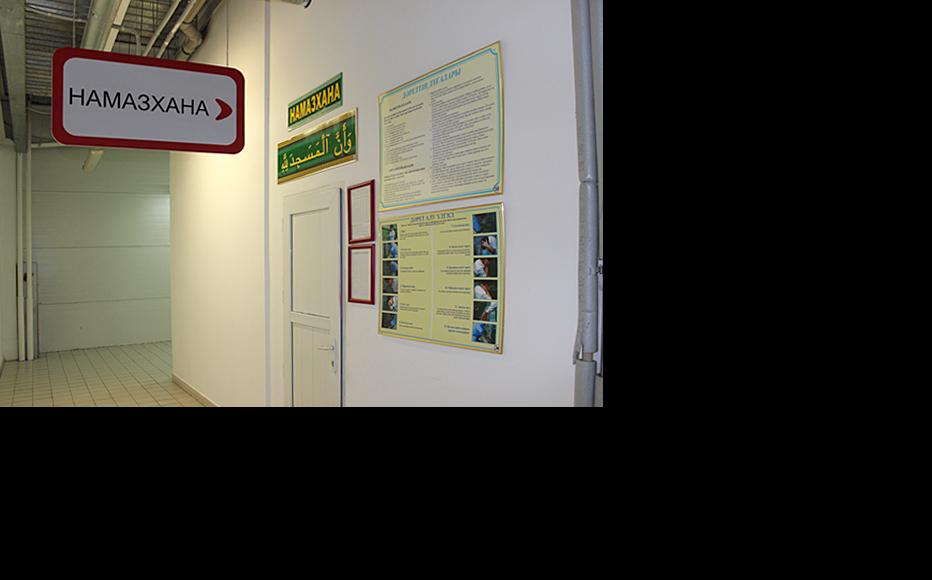 A prayer room for Muslims in a shopping mall in Almaty. This kind of facility will be unaffected by the new law. (Photo: Mirlan Telebarisov)
The link has been copied

A new law in Kazakstan places severe restrictions on Muslims and other faith groups, and critics at home and abroad fear it is will lead to a rise in covert religious activity, some of it extremist.

A law on religion, with accompanying amendments to bring other legislation into line with it, came into force in October 25 after they were signed off by President Nursultan Nazarbaev. Parliament passed the package at the end of September.

The law requires all religious organisations to apply for official registration, even if they had it previously. Procedures requiring them to show minimum membership numbers depending on whether they are locally-based, regional or nationwide are practically guaranteed to exclude smaller groups. If they fail to win registration, they effectively become unlawful and face stringent penalties.

The law bans communal religious activities outside officially-recognised places of worship, meaning that informal prayer-houses will have to close. Nor can religious rites be performed within state institutions such as the military, prisons, schools and universities, and government offices.

Other restrictions increase government oversight of prosyletising missionaries, the production of religious literature, and charitable activity, which the authorities believe sometimes equates to financial incentives for joining a faith group.

The new law, which replaces legislation passed in 1992, was first proposed about three years ago, but has been withdrawn for revision three times following criticism from international organisations and local human rights groups.

The latest version seems to have been rushed through as a response to fears of rising Islamic radicalism in western Kazakstan, the scene of clashes between police and suspected militants in July. (See Kazak Police Eliminate "Islamic" Cop-Killers.)

Speaking at the opening of the parliament in September, President Nazarbaev said the legislation was designed to protect Kazakstan from extremists, and was not about curbing freedom of confession.

The international community disagreed. In a statement after the bill was passed, the Organisation for Security and Cooperation in Europe, OSCE, expressed concern that the law “unnecessarily restricts the freedom of religion”.

Janez Lenarčič, head of the OSCE’s Office for Democratic Institutions and Human Rights, warned that that the legislation was a retrograde step for Kazakhstan’s compliance with its commitments as an OSCE member.

The United States mission to the OSCE spelled out the concerns in clearer terms, saying, “When governments unduly restrict religious freedom and freedom of expression… they risk alienating religious believers and emboldening extremists”.

The Norwegian Helsinki Committee also raised the alarm, its secretary general Bjørn Engesland noting that “there are plenty of examples showing that undue restrictions are counterproductive”.

Ninel Fokina, head of the Almaty Helsinki Committee, believe the law was pushed through parliament as quickly as possible to avoid public discussion and resistance.

Noting that the law makes specific reference to Kazakstan’s two majority faith groups – mainstream Sunni Islam and Russian Orthodox Christianity – she suggested that other organised forms of religious activity would find themselves marginalised, with the overall number of recognised groups likely to fall from 4,500 to 1,500.

“In the course of the re-registration process, all minority religious groups will be filtered out, not because they present a terrorist threat but according to their ideologically fit [with official views],” she said.

Fokina expressed concern at the way faith groups will have different rights according to whether they are deemed to be national or local.

“Those at the lower level won’t be able to do things like train priests or publish literature – that right will be reserved for national-level entities,” she said. “If a religious figure from a group in one district visits a neighbouring district, the new law will deem this a missionary trip.”

The officially-sanctioned Islamic hierarchy in Kazakstan consists of a “directorate” which is close to government, and it is supportive of the new law. Its spokesman Ongar Omirbek said it was a good thing for young people to learn about the faith at recognised mosques rather than getting involved in shadowy informal groups.

“There’s plenty of mosques where one can pray. No one is going to be unhappy about this,” he said.

Azamat Maitanov, deputy editor of the newspaper Ak-Jayik newspaper in the western city of Atyrau and an expert on Islamic movements, disagreed, arguing that the law could be used to harass and pressure observant Muslims. As examples, he cited the persecution of students for wearing Muslim dress in Atyrau, and the dismissal of a judge suspected of links to an Islamic group in neighbouring Aktobe.

Maitanov said new army conscripts were being screened by filling out a form designed to show how strongly religious they were.

In the prisons, he said, “the information I have is that praying is banned and lists of devout Muslim are being drawn up. The prosecutor’s office in Atyrau sanctioned the closure of a mosque at a local prison camp.”

Despite the authorities’ desire to shut out religion from secular state institutions, a report by RFE/RL in late September suggests that levels of observance are quite high. The report said that of the 30,000 or more men who attend mosque prayers on a daily basis in the capital Astana, 60 to 70 per cent are reportedly government employees.

Murat Telibekov, head of a group called the Union of Kazakstan Muslims, said he doubted the law would really change anything.

“It’s bureaucracy syndrome,” he said of the legislation. “People in his entourage think these things up so they can tell the president they’ve taken substantive measures. It’s unlikely anything will substantially change in practice.”

Telibekov said the real roots of extremism lay in economic hardship, which was more of an immediate concern than spiritual matters for Kazakstan’s people.