Traditions of intermarriage and communal living prioritise strength and unity over individual choice.

Traditions of intermarriage and communal living prioritise strength and unity over individual choice. 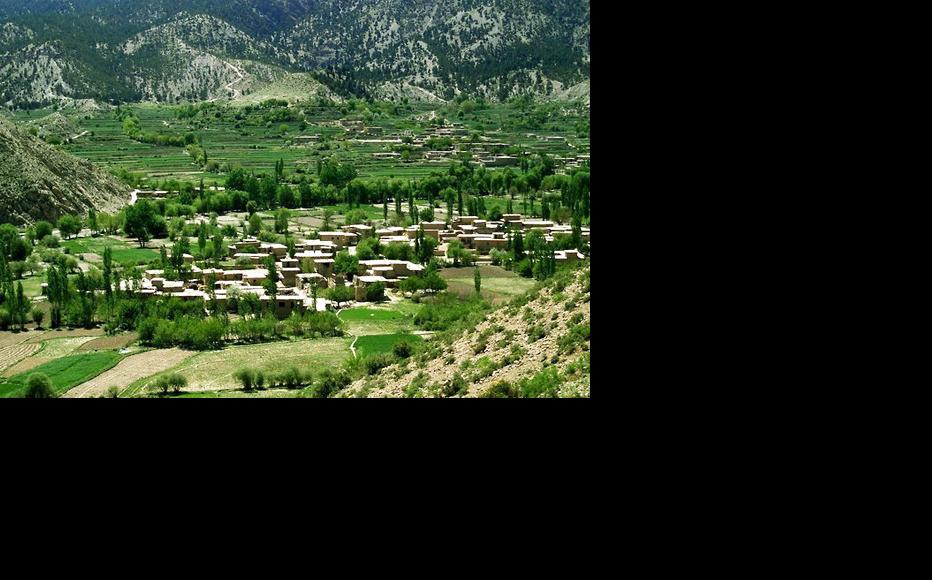 A village in Paktia province in eastern Afghanistan. (Photo: Seair21/Flickr)
The link has been copied

Nazifa, 22, grew up in the midst of a vast family of nearly 50 people spanning three generations.

This has made her recent engagement to her own first cousin all the more distressing.

Nazifa said that she cried bitterly when her mother told her about the arranged marriage. Her cousin had always seemed more like a brother to her, she explained.

But when Nazifa’s mother told her father about her distress he was furious.

"My father told me that I did not know what was good or bad for me,” she said. “This will strengthen our closeness to our relatives and reinforce our unity. We don’t know outsiders, we don’t know their character and ethics. It is our tradition to marry among our own relatives."

In the eastern province of Paktia, large Pashtun families traditionally live together as a way of protecting their security, honour and assets. Families can span four generations with up to 150 people settled together in the same compound.

Such enormous families are particularly respected, not least because hostile parties are less likely to attack a group that includes many men and thus potential fighters.

The men work and earn money, with wages pooled for the family’s food, clothing and general wellbeing. Household chores are divided among the women, another factor that helps preserve the group’s cohesion.

But living together like this also brings its own problems. There are few individual freedoms and little opportunity for individuals to make decisions about their own lives, particularly over who they will marry.

All such choices are left in the hands of the family’s elders.

"Unity and concord is more valuable for us than anything,” said Mohammad Nasim, the patriarch of a 90-member household. He said that these time-honoured traditions ensured both stability and safety.

“The enemy cannot rise up against us,” he continued. “Girls from outside the family damage our unity. They don’t get along properly with others. They create distrust and arguments within the family. So getting married to a relative and all living together has lots of advantages."

In addition, there was an issue of masculine pride.

"It is deemed incredibly cowardly for a Pashtun to ask his sister or daughter whom she wants to marry," Nasim explained.

Experts say that marrying close kin is a relic from past times when a family’s sole concern was to defend itself from attack and keep its lands intact.

"These kinds of weddings were held in Pashtun society some 1,000 years ago because of the threat of war,” said Khalid Ahmad Habib, a sociologist from Paktia university. “The level of knowledge was very low then [but] this unpleasant tradition has persisted. Such weddings trample on the rights of both young men and women. According to medical research, marrying relatives is also usually very harmful to health."

Habib noted that forced marriage was not allowed in Islam, but added that tradition often superseded religious law among the Pashtuns.

Islamic experts agreed that forced marriage went against the tenets of Islam, also warning that such large families living in close contact with each other could result in further problems.

“First, it is bad for many people to live in a house together because it leads to other sins,” said Mufti Atiqullah Khalid, a local scholar. “If male and female cousins live together, it is problematic because it may lead to relations outside marriage.

Khalid said that he spoke from his own experience.

"My family told me to marry someone from among my relatives, but I did not agree. So they cast me out of the family. I got married based on my own choice,” he said.

“I have a happy life with my wife and children now. If I had gotten married according on my family's will, all my affairs would be still be controlled by someone else and I would have to go to him to ask permission."

"Children are not brought up well in big families,” he said. “Big families are also vulnerable to poverty, justice is trampled on and many moral problems can occur.”

Medical experts emphasise the serious risks involved with this way of life.

Paktia doctor Baz Gul said that illness spread quickly in such crowded households, not to mention the grave consequences of repeated intermarriage.

"Many diseases are congenital. If someone marries his or her relative, the child’s health is usually weakened. There are more cases of disability in families where relatives intermarry than in those where matches are made outside the family.”

The old ways still persist, however. Family patriarchs, who are often illiterate, continue to believe that the Pashtun tradition is the only way to ensure their family’s long-term survival.

"Young people do not know what is good or bad for their families and children in the same way that their elders do,” said Hajji Mohammad Jan, the head of a large Paktia clan. “They make their decisions based on emotion. Pashtun tradition means that we do not give our youth the right to make their own choices. They must consult with us over whatever they do."

The cost to the individual can be high. Jamila is one of the victims of the tradition. She told IWPR that she had been engaged to her cousin when she was just 15 years old, although they had to wait a further ten years before they could marry. The marriage had not been a success.

"Our life together is bitter,” she continued. “We don’t like each other, but we are helpless. This is the result of the bad decisions of our elders who have ruined our lives. I curse all those who made me marry my cousin."