As Khadija Ismayil is given a seven-and-a-half year jail term, she tells judges that witnesses were pressured and testimony based on coercion and forgery.

As Khadija Ismayil is given a seven-and-a-half year jail term, she tells judges that witnesses were pressured and testimony based on coercion and forgery. 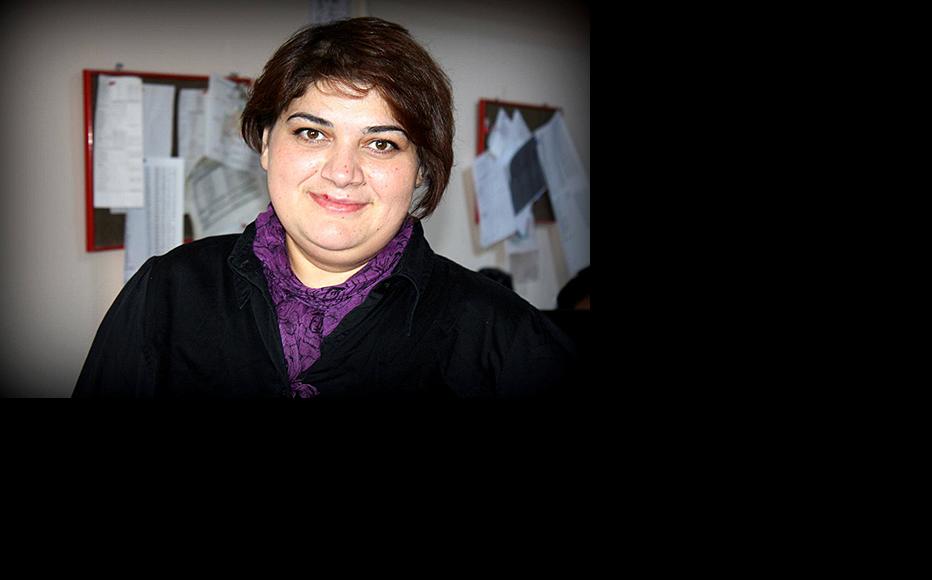 Khadija Ismayil. (Photo courtesy of Kh. Ismayil)
The link has been copied

Nine months after she was arrested on one charge, Azerbaijan’s leading investigative reporter Khadija Ismayil has been convicted of another.

Ismayil was sentenced to seven-and-a-half years in prison by a Baku court on September 1.

When she was arrested at the beginning of December 2014, she was accused of “pressuring someone to commit suicide”. Prosecutors found it impossible to build a case, and both before trial and in his testimony in court, the alleged victim retracted his complaint against Ismayil, saying he had been coerced into making it.

Instead of being released, Ismayil was remanded in custody for months as a different set of charges were formulated, alleging embezzlement and tax evasion. She was duly convicted of these economic offenses – remarkably similar to those levelled against other government critics including, most recently, Leyla and Arif Yunus.

She was acquitted of the incitement to suicide. Her lawyer Fariz Namazli welcomed that as a small step, since Azerbaijani courts generally hand down convictions. “They obviously didn’t want to make the verdict look completely farcical,” he added.

Namazli plans to appeal against the conviction.

Ismayil has always maintained that she is being prosecuted because of her in-depth probes into financial wrongdoing by top Azerbaijani leaders.

In her closing remarks in the courtroom, Ismayilova said the trial process had revealed the truth – “the criminal case was fabricated, witnesses were pressured, testimony was obtained by coercion and in some case by forging signatures”.

She said there was nothing the authorities could do to her. “They poked about in my private life, but I wasn’t broken. They blackmailed me but I wouldn’t play along. If they sentence me to 15 or 25 years in prison, I still won’t be broken,” she said.

Prosecutors kept interrupting Ismayil as she spoke, but she carried on.  The judges left the courtroom before she had concluded.

Ismayil’s mother Elmira was one of the few allowed into the courtroom.

“Khadija listened to the verdict with great composure, smiling as always,” she said afterwards. “People who fight for a just cause can bear deprivation and punishment. They have jailed her but they cannot silence her.”

Ali Karimli, head of the opposition Popular Front Party, said the authorities jailed the journalist “in revenge for her investigative work” and to “prevent her revealing their corrupt activities”.

“But they got it wrong,” he continued. “Journalists from an international investigative journalism organisation are now working on Khadija’s unfinished investigations. Five or six weighty investigations have been published since she was arrested.”

Information about these continued investigations can be found at the Khadija Project.

Ali Hasanov, President Ilham Aliev’s political adviser, expressed disappointment that anyone would try to “politicise” the trial. Ismayil had, after all, been found “totally guilty” of crimes unconnected with journalism, he told the APA news agency.

He said the Azerbaijani government was busy building independent media in which journalists could operate without hindrance. He said that journalists were never prosecuted for their work, so it was “unacceptable to try to distort reality” by suggesting that they were.

He could have gone on, but his list of the kinds of institutions condemning the verdict was fairly representative.

The US State Department said it was “deeply troubled” by the sentence and by “reports of irregularities during the investigation and trial, including the apparent exclusion of witness testimony and other key evidence”.

“This case is another example in a broad pattern of increasing restrictions on human rights in Azerbaijan, including curtailing the freedom of the press,” it said.

Representatives of the Council of Europe (CoE) and the Organisation for Security and Cooperation in Europe (OSCE) – Azerbaijan is a member of both – spoke out in similar terms.

A statement from CoE Secretary General Thorbjørn Jagland’s spokesperson said he would request full details of the judgement, and spoke of “systemic deficiencies in the Azerbaijani judicial system and the worrying trend of increasing cases against human rights defenders and journalists, which has a chilling effect on freedom of expression in the country”.

The chairperson for democracy and human rights at the OSCE’s Parliamentary Assembly, Isabel Santos, called for Ismayil’s immediate release.

“Ms. Ismayilova has earned several awards for her reporting. The reward she got today from her country’s justice system was a harsh prison term. It is clear to me that this is a politically motivated response to Ms. Ismayilova’s work to hold her country’s leaders accountable. With every journalist, human rights defender and civil society leader it harasses or jails, Azerbaijan distances itself further and further from democratic values and OSCE human dimension commitments,” Santos said.

Reporters Without Borders and Human Rights Watch also issued strong statements, the latter calling for Azerbaijan to be deprived of its vote at the CoE's parliamentary assembly.  Human Rights Watch's executive director Kenneth Roth said the verdict  "shows the Azerbaijani authorities’ willingness to subvert the law to exact revenge against critics".

Samira Ahmedbeyli is a freelance reporter in Azerbaijan.