While Azerbaijan says it captured a spy who committed suicide, Armenians say he was a shepherd and was deliberately killed.

While Azerbaijan says it captured a spy who committed suicide, Armenians say he was a shepherd and was deliberately killed. 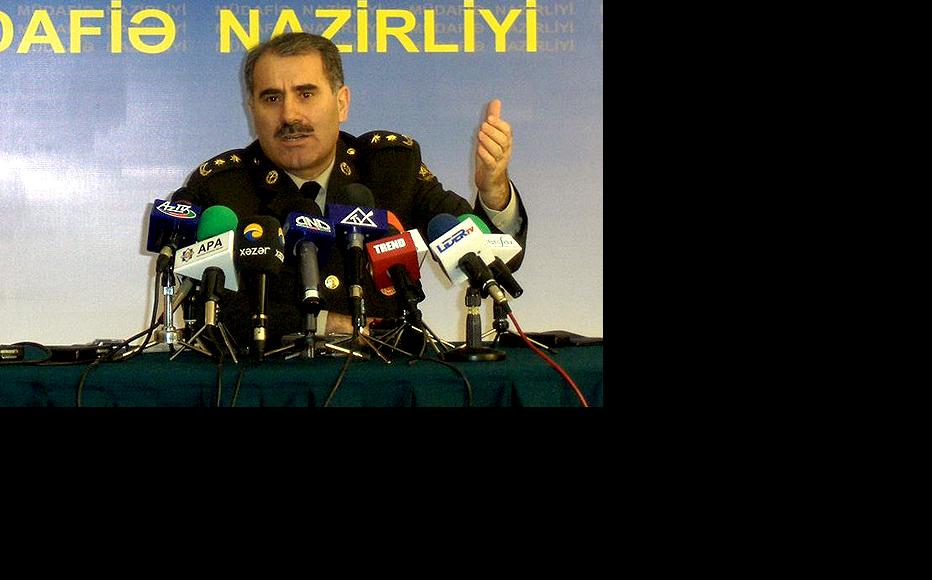 Controversy over the death of an Armenian held in custody in Azerbaijan has led to a new war of words between the two countries.

The row concerns a young man called Manvel Saribekyan from Armenia who crossed into Azerbaijan last month and was detained there and later died.

Clashes on the “line of control” between Azerbaijani and Armenian defensive positions are frequent because of the unresolved status of Nagorny Karabakh, which is under de facto Armenian control but remains unrecognised by the international community since full-scale conflict ended in a truce in 1994. (For a recent report on such incidents, see Rise in Armenian-Azeri Border Gunfire.)

In this case, the two sides hotly dispute the circumstances of Saribekyan’s capture and death.

The Armenian authorities say he was a shepherd from the village of Ttujur in the Gegharkunik region, a region of Armenia adjoining Azerbaijan. He was picked up on September 11 after crossing the border to look for stray livestock.

Officials in Azerbaijan, meanwhile, insist Saribekyan was part of a covert military unit sent into their country to attack targets.

“Realising that their operation had failed, the saboteurs decided to flee. But one of them, Manvel Saribekyan, was detained together with espionage equipment,” a statement from the defence ministry in Baku said. “Saribekyan admitted that he had crossed into Azerbaijani-controlled territory on the orders of Armenian security services in order to carry out sabotage.”

On September 17, ANS television in Azerbaijan showed footage in which Saribekyan admitted to undergoing training and carrying out sabotage.

He said his handler, whom he named as “Samvel” asked whether he would be able to “kill Turks” – in other words Azerbaijanis. He was taken to a forest where he and “seven or eight lads” were given two months’ training in using firearms, grenades and explosives.

In the account shown on ANS TV, he described how they were then told to “cross over to the village of Zamanly where Turks live, blow up the school and cross back again”.

On October 5, Azerbaijan’s defence ministry announced that Saribekyan had committed suicide in his prison cell and been found dead by the guards.

The ministry said military prosecutors and court forensic specialists concluded that that he used his shirt and bedsheet to hang himself, and his body bore marks characteristic of hanging.

Armenian officials rejected the entire account given by Azerbaijan. They said Saribekyan completed his army service five months before being detained, and had no connection to the armed forces of Armenia or to those of Nagorny Karabakh.

“Capturing this young herdsman, forcing him to talk obvious nonsense on TV and finally killing him – that’s terrible in itself, as is the cynicism which it was presented to the public,” said Armenian foreign minister Eduard Nalbandyan in a speech to parliament on October 6. “This kind of behaviour is typical of terrorists.”

Uzeyir Jafarov, a defence expert in Azerbaijan who heads the Military Journalists group and is a retired lieutenant-colonel, said it would make no sense for the authorities to kill a man they were accusing of espionage.

“Spies generally aren’t killed; they are used as good sources,” he said.

Human rights groups in Armenia said that even if Saribekyan did commit suicide, he should never have been paraded on TV. They say that was a violation of Azerbaijan’s responsibility under international law to treat captives with respect.

“We express our shock over the death of Manvel Saribekyan and strongly condemn the authorities of Azerbaijan for this tragedy. Their actions represent a blatant violation of international humanitarian law,” said a statement from the Armenian delegation to the Parliamentary Assembly of the Council of Europe.

The delegation specifically accused Azerbaijan of violating articles two and three of the European Convention on Human Rights – which prohibit unlawful killing and torture, respectively – as well as the Geneva Conventions and other international laws.

Armenian officials say representatives of the International Committee of the Red Cross, ICRC, were prevented from seeing Saribekyan while he was in custody.

This was confirmed by ICRC representative Ilaha Huseynova.

“ICRC representatives are unable to meet captives or hostages without the permission of state institutions,” she said.

The ICRC said it was negotiating with the Azerbaijani authorities for Saribekyan’s body to be sent back to his family for burial.

Azerbaijani officials have suggested an exchange could be made for the bodies of Mubariz Ibrahimov and Farid Ahmadov, two Azerbaijani soldiers killed on the “line of control” in June and August, respectively.

Jasur Sumerinli is director of the military news agency MilAz and defence correspondent for the Ayna and Zerkalo newspapers in Azerbaijan. Sara Khojoyan is IWPR’s acting country director for Armenia.

Azerbaijan, Armenia
Connect with us