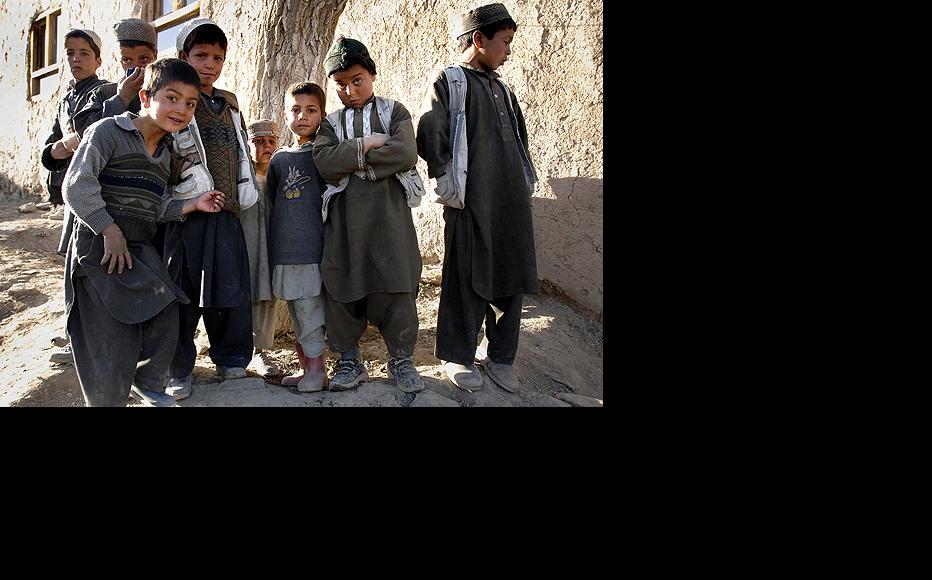 Civilians in Wardak province report that the Taleban are more in evidence than local government officials. (Photo: US Army)
The link has been copied

Mohammad Nader, the head of the Dra Construction Company in Wardak, says he has paid a heavy price for working for the authorities in the central Afghan province .

Earlier this year, he signed a contract to asphalt 17 kilometres of road between the Sayed Abad and Jaghato districts. But soon after his firm started work on the project, the Taleban burnt all his equipment, killed one of his workers and injured three more.

“In this attack, I lost a total of 900,000 US dollars, but no one has helped me,” he said. “In Wardak province, there is no government, and the only real authority is the Taleban, who impose on people whatever they wish.”

Just 35 kilometres west of the Afghan capital Kabul, Wardak is quietly falling under the sway of the Taleban, according to many residents.

A senior security official in the local government who spoke to IWPR on condition of anonymity said the insurgents were effectively in control of nearly all villages in Wardak apart from district centres, where officials exercised ever-diminishing authority from heavily guarded offices behind fortified walls,

He said that despite the presence of international forces, the Afghan army and police, officials had little reach beyond the district centres, while the Taleban had set up a parallel administration across the province, complete with their own governor, district chiefs and judges.

“Government officials cannot go outside the walls of their offices and people don’t ask them to deal with their issues, preferring the Taleban,” he said. “This shows that the government has no authority and that more than 80 per cent of the region is under Taleban control.”

The security official said the Taleban had such a grip on the region that the local authorities struggled to transport goods and equipment to district centres by road.

However, Lieutenant Colonel Thomas Gilleran, spokesman for Task Force Bayonet, the US army force in the area, insisted the security situation in Wardak was improving with the help of relatively new initiatives like the Afghan Public Protection Programme, in which local men are asked to help protect their villages.

“ISAF [International Security Assistance Force] set in motion a programme that recruited young men to serve as 'guardians' for their villages after a three-week training programme,” he explained. “The guardians secure key community sites, roads, bridges, and buildings. They carry AK-47 rifles for protection, however they do not have arrest authority. The guardians operate out of checkpoints throughout Wardak province.”

He added that the US military continued to be optimistic about the progress made by Afghan security forces, adding, “We are confident that the security improvements that our Afghan partners are making in Wardak will result in lasting improvements for the citizens in the province.”

Shahedullah Shahed, spokesman for the governor of Wardak, admitted that the security situation in the province was a concern, but insisted it was not as bad as some claimed.

He maintained that local politicians standing for re-election in the parliamentary poll next month had rumours about the growing strength of the Taleban to deflect from their own failure to deliver improvements for local people.

“It is true that the situation is not so good, but this isn’t only a problem in Wardak – it’s the same for most provinces. We have our police, army and district governors… and they are active,” he said.

Haji Mohammad Muss Hutak, a member of parliament from Wardak, rejected Shahed’s assertions, claiming that legislators had conveyed local concerns about the encroachment of the Taleban to central government, but to no avail.

“There are police and district chiefs but they can only look after their own security, and there is no contact between them and the people,” he said.

Gul Rahman, a local government employee, said he and other colleagues had fled to Kabul because of Taleban intimidation in Wardak. He said that some civil servants were now unable to return to their villages because the insurgents had issued letters threatening to kill them unless they resigned from their jobs.

“There’s evidence that the Taleban will kill government employees and that the government cannot protect them…[so] we were compelled to flee,” Rahman said.

Wadod, a resident of Shash Kala, said the insurgents had burnt scores of vehicles belonging to locals they suspected of transporting government or American military consignments.

“They have warned us that no one can drive vehicles without Taleban permission,” he added.

Taleban spokesman Zabihullah Mujahed, in a telephone interview with IWPR, warned that “anyone who supports the [foreign forces] and their puppet government, the Kabul government, are enemies of [Islam] and the country, and we will [fight] against them”.

Mujahed claimed that local people welcomed the Taleban because they are tired of “corrupt government”.

Assadullah Wahidi, a political analyst and chief editor of the Sarnawisht Daily newspaper, said the growing insurgent menace in the province was a result of failed policies.

Wahidi believes Wardak is being targeted by the Taleban because of its proximity to Kabul, allowing them to demonstrate their power and reach to the government and international community.

For local people, there is little doubt about who is calling the shots in Wardak.

Mirwais, a shopkeeper in the Salar bazaar, said the Taleban recently killed a driver who had been transporting materials for American forces, but no one dared bury the body for fear of incurring the insurgents’ wrath.

“His body just lay there and neither the police nor the army took it away. Local people wouldn’t remove it either. Is that not power?” he asked.