In northern Afghanistan, some say judiciary is so corrupt they prefer to ask Taleban courts to adjudicate in disputes.

In northern Afghanistan, some say judiciary is so corrupt they prefer to ask Taleban courts to adjudicate in disputes. 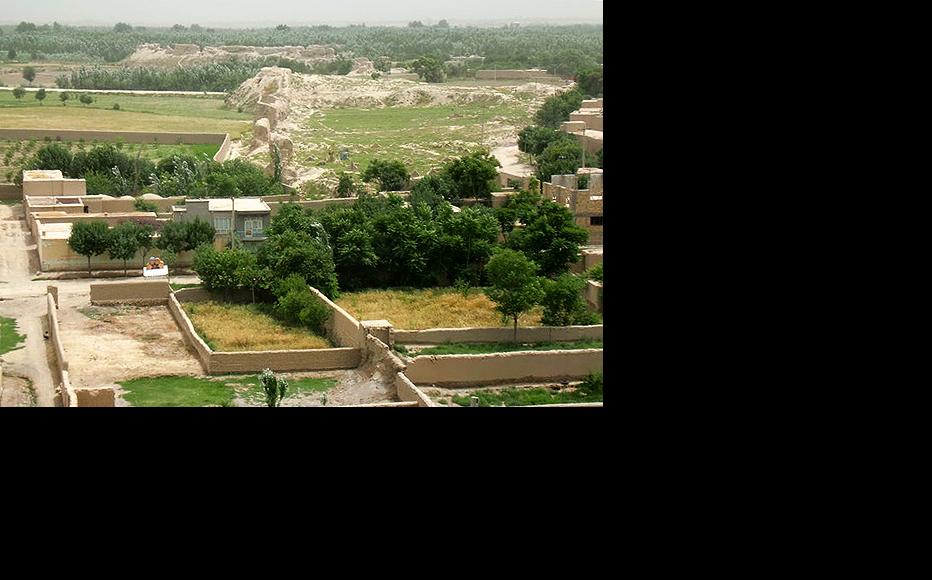 In some Balkh villages, the Taleban have established parallel structures of government and justice. (Photo: IWPR)
The link has been copied

Residents of northern provinces of Afghanistan say they are turning to ad hoc Taleban tribunals as an alternative to the official state-run courts, which they say are corrupt and ineffectual.

They say the Taleban do not ask for bribes, and act far more quickly than the judicial system.

The fact that the militants have the capacity to mete out a kind of parallel justice, and that residents are placing their faith in it, is especially alarming given that northern Afghanistan has in recent years been more secure than the south, where the Taleban have a stronger military presence and more of a cultural affinity with the Pashtuns who live there.

Shir Mohammad, 50, from the Chemtal district of Balkh province, told IWPR how he asked the Taleban to arbitrate after a local court asked for a large bribe just to review his case.

The dispute arose when his son sold a motorcycle to a man named Nuriddin, who later refused to pay for it. Shir Mohammad abandoned attempts to pursue the debt through a conventional court after being asked to pay bribes which would have amounted to half the sum owed.

“One day the Taleban came to our mosque and I complained to them,” he said. “That night, the Taleban summoned Nuriddin and looked into the case. Nuriddin admitted that he ought to pay me the money, and he did.”

Shir Mohammad said he was happy with the way the Taleban handled the matter, as they settled the dispute decisively on the basis of Islamic law, and asked for no money in return.

The head of the appeals court for Balkh province, Denar Khil, flatly denied that the courts were corrupt, saying such claims were just propaganda.

“There is no corruption or bribe-taking to make people in Balkh turn to the Taleban,” he said.

He said any rulings made by the insurgents were illegal as they did not follow the various stages of due process.

“By law, a case has to go through three courts,” he said. “If a judge makes a [final] decision before that happens, it will not be fair or just.”

Allegations that corruption is endemic in the institutions of government and state have long been made both by Afghans and the international community.

A recent survey by the watchdog group Integrity Watch Afghanistan suggested that the sum of bribes paid last year came to around one billion US dollars. Half the respondents to the survey believed the Taleban were strong because they were not corrupt.

Experts believe this perception encourages people to cooperate with the insurgents.

Nabi Aseer, a lawyer and political analyst in Balkh province, said corruption and crime reached the highest levels of government.

“The state has a fundamental problem,” he said. “The country’s ruling figures are clearly corrupt and their foreign supporters have also played a role in fostering corruption. The people are exhausted by the corruption within government, and they’re turning to the Taleban.”

Mohaiuddin, the head of the village of Chelgazi in Qaisar district, part of Faryab province to the west of Balkh, described how the Taleban had returned to the area and established parallel structures of government and justice.

This administrative system was essentially the same as when the Taleban governed the country from 1996 to 2001, with provincial and district governors and judges for each province. The only difference now, Mohaiuddin said, was that these shadow structures had no fixed location, but moved around, using mosques as bases from which to deliver their rulings.

He said residents of the area now preferred Taleban justice to that of the state.

“The Taleban solve cases that are of great importance to people, without taking bribes or creating other problems,” Mohaiuddin said. “They even settle disputes over murder within three days, and establish the rights of the [various] parties in an appropriate manner. That is why people go to them.”

A Taleban spokesman, Zabiullah Mujahed, told IWPR in a telephone interview that the movement still maintained an administrative network across Afghanistan as it did when it was in power.

“Thank God, the Islamic Emirate of Afghanistan has its own organisational system covering the entire territory of the country. The Islamic Emirate’s officials serve the Muslim people of the country and respond to their petitions as far as they are able after waging jihad against the infidel aggressors,” Mujahid said. “Afghans are Muslims who have never lived under outsiders and won’t do so. We are pleased to see that day by day, the true nature of the Afghan government and its foreign friends is being revealed, and that people are turning to the Taleban.”

“The Taleban appear in some regions furtively and for brief periods, and after a short time, they are either hunted down or else they run away,” he said.

He admitted that corruption existed within government, but insisted every effort was being made to tackle it.

Qasim Ludin of the government’s Supervisory Office, a body designed to fight corruption, acknowledged that problems existed but said they were already being addressed.

“It is true that corruption exists in Afghanistan and that we’ve been unable to stop it entirely so far,” he said. “But I can confidently say that corruption will be soon be eradicated within government, as we have already adopted new strategies.”

It remains to be seen whether such policies will translate into greater public confidence in state institutions including the judiciary.

Haji Sadeq, 55, a resident of Mazar-e Sharif, the main town in Bakh, said he had little trust in the state courts he was dealing with.

“This is the third year I’ve been pursuing a lawsuit about my land at the Balkh provincial court,” he said. “There’s been no progress in the case. It’s easy to see that the administration is taking bribes and creating trouble for people – nothing else.”