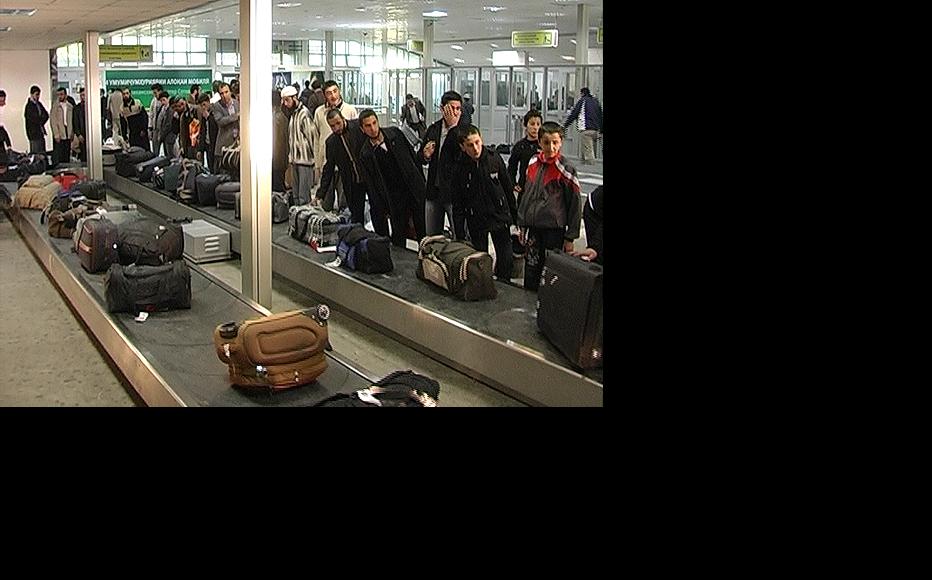 Young men returning from Islamic studies abroad, in response to a call from the Tajik president. (Photo courtesy of Stan TV) 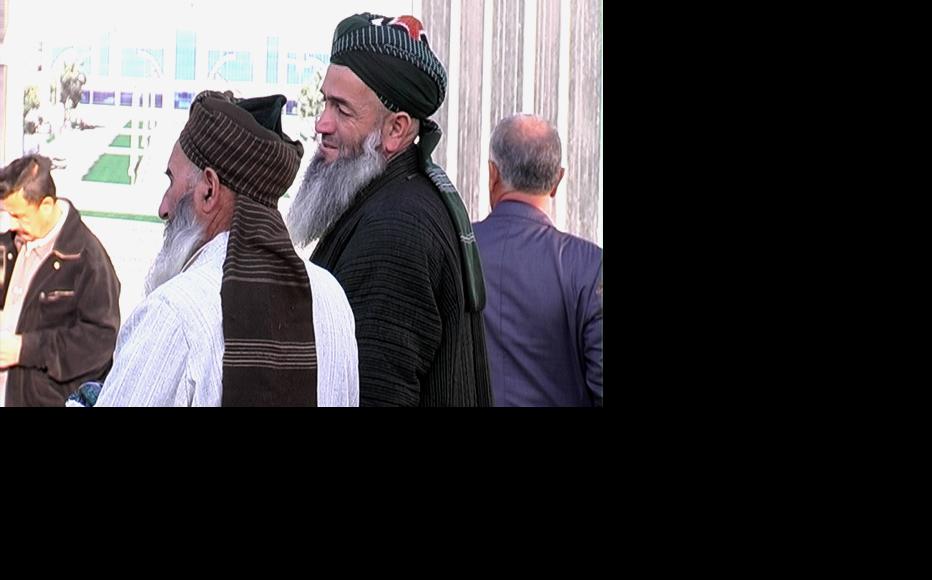 Relatives waiting for returning Islamic students at Dushanbe airport. (Photo courtesy of Stan TV)
The link has been copied

A campaign to bring back Tajiks studying in madrassas and Islamic universities abroad has met with a mixed response. While the authorities say the measure is designed to shield young people from radical Islamic influences and only applies to students who have gone abroad without official permission, others argue that it is a heavy-handed attempt to curb religious freedom.

Some of the several thousand Tajikistan nationals believed to be pursuing Islamic studies in other countries are already returning.

Over 100 arrived back from Iran on November 22, following a Tajik foreign ministry request for cooperation from Tehran. Another group of similar size came home from Egypt two weeks earlier, while Tajikistan’s ambassador in Islamabad Zubaidullo Zubaidov has said at least 200 students aged from 11 to 30 have returned from Pakistan. He said embassy staff were contacting the Pakistani authorities, visiting madrassas and urging any Tajik nationals to take a flight home.

The campaign to bring Islamic students was prompted by a speech made by President Imomali Rahmon this August, warning parents that their children could be led astray by extremists.

“Unfortunately, in most cases, young people who are left without control are not studying to become mullahs, but are taking a route to terrorism and religious extremism,” Rahmon said. “They must all be brought back otherwise they’ll become traitors.”

In an interview for the Asia Plus news agency, Rajabali Sangov, head of the education ministry’s department for international affairs, made it clear the authorities were only concerned about students who “did not clear their trip with the ministry or local government; and no one knows where or what they are studying”.

Foreign Minister Hamrokhon Zarifi told reporters last month that the authorities were still trying to establish the precise number of students who fell into this category. The government’s Committee for Religion, meanwhile, put the figure for Pakistan, Iran, Egypt and Saudi Arabia at around 1,430, while unofficial estimates suggest the real figure could be over 3,000.

In this Sunni Muslim-majority country where work is scarce, many families jump at the chance to send a child to study to a foreign religious school. Typically, they only have to pay for a visa and a one-way ticket, while other costs are covered by the government of the country involved, or by an Islamic charity.

Returning students and their parents fear they will face reprisals even though they have complied with President Rahmon’s request.

Murod Amirkulov (not his real name), 14, came back to Qurghonteppa in southern Tajikistan after his father Mahmadali asked him to. He spent two years at a madrassah in Pakistan, selected by his father on the basis of personal recommendations.

Murod said that when he landed at Dushanbe airport, he and several other young people were questioned by police about what exactly they were taught at the madrassa. “The policemen wrote down our addresses and phone numbers and after that they let us go and see our parents,” he said.

When IWPR questioned him about conditions at the madrassa in Pakistan, Murod said little except that he studied the Koran and was fed three times a day.

His father asked Murod to come back because of what President Rahmon said, but also because he was worried they were losing touch. “There were times when he disappeared for months on end and that made me feel sick,” Mahmadali said.

A mother of another student, who is still abroad, said she was no longer in contact with him.

“Initially he called us once a month, but over the last 18 months we haven’t knows what’s happening to him,” said the woman, who did not want to give her name. “I hope my son comes back alive and well, and won’t be persecuted for attending a madrassa.”

A Dushanbe resident who wished to remain anonymous said he was unhappy about the ongoing campaign to get students back because it might deprive his 20-year-old son of the chance to graduate from an Islamic university in Turkey.

Hikmatullo Saifullozoda of the Islamic Rebirth Party, an opposition group with two seats in parliament, warns that the move will simply prevent law-abiding students from getting a religious education, and will not curb extremism.

The aim of the campaign is clearly to confine religious education to Tajikistan itself, where the authorities carefully control the practice of Islam through the Council of Ulema (religious scholars), which in turn gives direction to the 3,000 or so recognised mosques. Radical groups present in Tajikistan like Hizb ut-Tahrir, Jamaat-e Tabligh and the Salafi movement operate underground and members are liable to be arrested.

Running courses in religion privately is not allowed, even if it takes place in the home. The 19 madrassas that operate have to apply for registration periodically. A privately-run Islamic university was taken over by the education ministry in early 2008 and, renamed the Islamic Institute, is subject to closer scrutiny in terms of both staffing and curriculum.

Critics say the drive to stop students going abroad is part of wider attempts to exert even greater control over religious activity, and cite legislation passed in 2009 which tightened up the rules applying to faith communities. The Council of Ulema recently recommended that women wear traditional Tajik dress rather than forms of Islamic “hejab” that are seen as imports and which the authorities associate with radical leanings.

In October, the deputy head of the government’s committee for religious affairs, Mavlon Mukhtorov, insisted that there was no official ban on wearing Muslim dress or growing a beard.

Dushanbe resident Umar Odilov said that in practice, the police behave as if having a beard is illegal.

“They simply stopped me and started asking me who I was and what I did,” he said, recalling an encounter with plain-clothes officers. “They told me it was forbidden to wear a beard in Tajikistan.”

Saifullozoda believes the authorities do not want even moderate devout Muslims to play a part in mainstream politics, for example by joining his party.

“After the [February parliamentary] election, the authorities embarked on a series of measures to regulate Islam in order to prevent conditions shifting in favour of the Islamic Rebirth Party, and to stop political Islam growing stronger,” Saifullozoda said. “Everyone should be free to choose how to dress, whether to grow a beard and where to study.”

This article was produced jointly under two IWPR projects: Building Central Asian Human Rights Protection & Education Through the Media, funded by the European Commission; and the Human Rights Reporting, Confidence Building and Conflict Information Programme, funded by the Foreign Ministry of Norway.
The contents of this article are the sole responsibility of IWPR and can in no way be taken to reflect the views of either the European Union or the Foreign Ministry of Norway.

Tajikistan, Pakistan, Iran
Connect with us