Tajikistan Cracks Down On ''Extremists''

Rights groups accuse government of a campaign of discrimination.

Tajikistan Cracks Down On ''Extremists''

Rights groups accuse government of a campaign of discrimination. 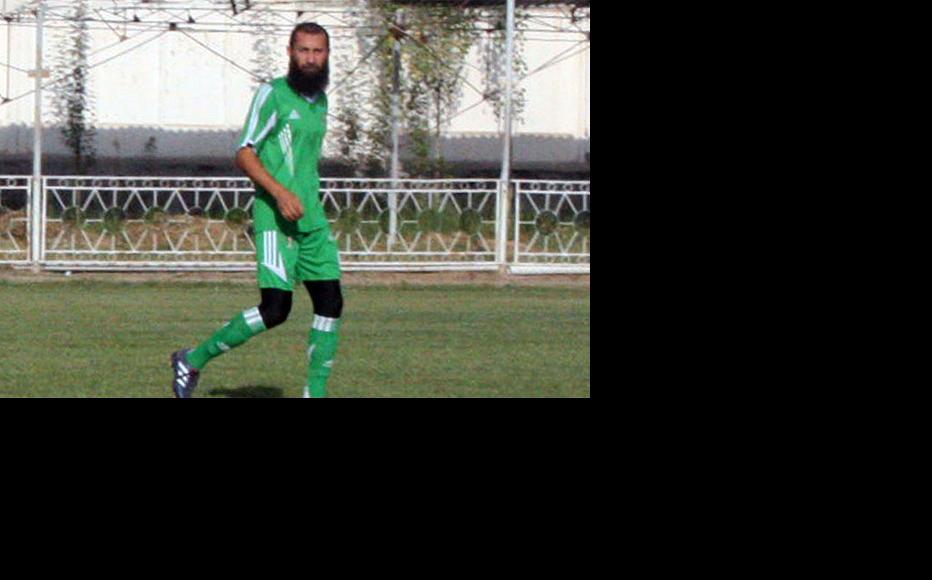 Tajikistan’s pursuit of a former football player on charges of extremism has highlighted an ongoing crackdown on Islamism that critics argue is politically motivated.

Parviz Tursunov has been in detention in Belarus since he was detained at Minsk airport on September 17 en route to seek asylum in Poland.

Tursunov first came to public attention in 2011, when the authorities demanded that he shave his long beard, a style popular with devout Muslims. He refused and was forced to end his career in football. That same year, he and his family left for the UAE.

In November 2016 he was charged with “organising the extremist organisation’s activity” and an international arrest warrant issued for him.

According to the Belarus-based Human Constanta human rights organisation, Tursunov only learned about these charges when he applied to the Tajik embassy in the UAE for police clearance so as to get permanent residency.

Tajikistan’s law enforcement bodies have yet to report why they initiated the criminal case against him.

According to the Tajik media, Tursunov is a follower of Salafism, a deeply conservative branch of Islam which Dushanbe defines as extremist. As in other Central Asian states, the Tajik leadership sanctions only the Hanafi school of Islam, viewed as closest to the regional culture.

Neither Tursunov nor his relatives have ever commented on whether he is a Salafi or not. They only note that he has never committed any illegal acts.

Local and international human rights activists have criticised the authorities’ approach, describing it as part of a wider policy of discrimination.

On October 11, international organisations including Human Rights Watch (HRW), the Norwegian Helsinki Committee and Association of Migrants in Central Asia jointly condemned the “politically motivated charge” against Tursunov and called on the Belarusian authorities not to extradite him.

In recent years the Tajik authorities have put ever tighter controls into place in the religious sphere.

President Emomali Rakhmon has spoken out against the wearing of religious clothing, men growing long beards and other so-called non-traditional religious behaviour.

According to the annual report of the United States Commission on International Religious Freedom (USCIRF), the Tajik authorities last year sentenced at least 20 people to sentences of around five years in prison for their apparent connection to Salafism.

Hundreds of Tajik nationals have sought asylum in European Union countries and the US since the latest crackdown began in 2014.

Tajik activist Shabnam Khudoidodova said that she was forced to flee to Poland as a result of her work with the opposition.

“I was also accused of my affiliation to Salafism [and] terrorism, but do I look like them?” she said, noting that she wore standard European dress.

Khudoidodova said that she knew dozens of Tajiks who had also sought asylum abroad after being unjustly accused of religious extremism.

“They [Tajik officials] just use the word Salafism. I haven’t seen such people among [Tajik] refugees. I just hope I won’t see them in future,” she said.

Belarus and Tajikistan are bound by the CIS convention on legal assistance, which specifies that a state may refuse to extradite a person if he or she is persecuted for their religious or political beliefs.

“To suspend the process of extradition through the administration of pre-trial detention centre in Minsk, Parviz has recently filed a petition to get refugee status in Belarus,” said Human Constanta’s Nasta Loiko. “We hope that even if Belarus refuses to provide him international protection, there will be other countries that will do so.”

But she added that she had little faith that Belarus would keep to its commitments under the CIS convention.

“Belarus, despite the ban on extradition to countries where people can face torture or the death penalty, usually doesn’t consider such circumstances and extradite people on formal grounds. I hope this is not going to happen with Parviz,” she concluded.

Observers doubt assurances from the Tajik interior ministry’s assurances that Tursunov would face a fair trial back home.

“The Tajik law enforcement system and torture are kind of synonymous,” said political analyst Marat Mamadshoyev, himself forced to leave Tajikistan due to his journalist activity. “A person who is caught by the system is threatened with torture. They [the law enforcement authorities] make no secret of it. The on-going fight against torture is just for show.”

Mamadshoyev said that not all of those accused of extremism actually present a threat.

“In some cases, [the authorities] just follow their plan to convict a certain number of terrorists and extremists,” the analyst continued, arguing that some of those targeted are simply interested in exploring religion.

“Therefore, every case must be considered individually. Those who really pose a threat amount to at most five to ten per cent [out of those convicted]. Ninety per cent of imprisoned people are those who were imprisoned under the plan, or those who were undesirables,” Mamadshoyev said.

However, not everyone agrees that the Tajik authorities are heavy-handed towards followers of Islamist movements. Dushanbe-based political analyst Marufjon Abdujabborov said that the threat posed by extremism and terrorism in Tajikistan was extremely serious, not least because of the long southern border it shares with Afghanistan.

“I don’t think Tajikistan arrests and interrogates people for no reason, without any proof of their participation in extremist crimes. One suspect can be under police supervision and surveillance for several months, if not years,” Abdujabborov said.

“I am against an innocent person becoming a victim of physical abuse without any unjustified suggestion of their possible involvement in extremism,” he continued. “On the other hand, no extremist will admit guilt through soft words and kindness.”