Authorities insist labour migration is not a primary factor.

Authorities insist labour migration is not a primary factor. 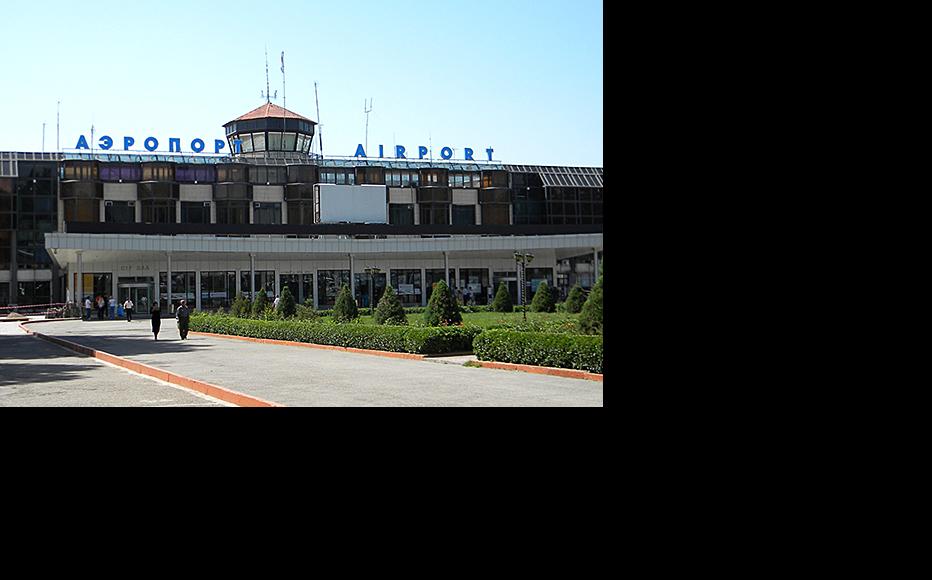 Dushanbe airport, where one HIV expert would like to see screening for returning migrants. (Photo: Galim Faskhutdinov)
The link has been copied

Tajikistan’s government acknowledges that the rise of HIV infection among women is of particular concern. What is unclear is how the trend can be addressed effectively in the context of current prevention policy.

The authorities’ current response to HIV/AIDS is to identify specific risk groups – intravenous drug users, sex workers, men who have sex with men, and prisoners – and apply rigorous testing and preventive measures to them.

However, statistics suggest that the infection rate is increasing rapidly among women who may not fit into these categories, as is the proportion of cases involving sexual transmission rather than other routes. That suggests a need for a broader policy approach, although government officials have not indicated that they plan fundamental changes.

One expert on the subject, Manija Khaitova of the Centre for Mental Health and HIV/AIDS, believes the authorities should look more closely at one subgroup of potentially vulnerable women – the wives of men who go abroad to do seasonal jobs in Russia and other countries. She would like to see comprehensive screening for men returning from spells abroad, to prevent HIV transmission to their spouses.

Tajik officials counter that HIV testing is already widely available, and that they are doing all they can to make people aware of the risks.

The risks to women were highlighted at a conference held in Dushanbe on December 5-6. The event, “Reproductive and Sexual Health and Rights of Women Living with HIV in Central Asian Countries”, was backed by United Nations agencies that support development and women’s rights.

Speaking at the event, Tajik deputy health minister Azam Mirzoev appeared to suggest that policy measures should go beyond the current focus on special risk groups.

“We need to increase the role played by women in preventing HIV infection,” he said, adding that men too should be encouraged to be “more responsible” about safe sex.

“HIV is a social problem, not a medical one,” Mirzoev continued. “This infection will only be defeated through an integrated, multifaceted approach involving the whole of society.”

The most recent government report on HIV/AIDS prevention, which came out in March, showed that women accounted for 28.5 per cent of all new recorded HIV cases in 2011, a big leap from 8.5 per cent in 2005.

The report also highlighted a steady rise in the proportion of new cases (among both men and women) where the infection route was sexual contact rather than, say, sharing needles. This went from 21.5 per cent in 2006 to 29.8 per cent last year.

DO MIGRANTS’ WIVES AMOUNT TO A RISK GROUP?

There are several possible contributory factors in the upward trend among women – unprotected sexual contact by sex workers, intravenous drug use, and also the increasing proportion of women among the migrant population, although men still predominate by far. The rise in women going abroad to work is reflected in statistics for people who undergo HIV testing before heading off to Russia – the test is now mandatory for people entering that country. Whereas in 2005, 450 women took the test, 25,000 did so in 2011.

However, these factors might not wholly account for the higher incidence among women. Khaitova argues that the higher overall figure for female infection rates is in part attributable to the substantial domestic population of wives of seasonal workers.

Tajikistan has a large, overwhelmingly male population of migrants who move back and forth between seasonal jobs in Russia and other countries. The report put the number at 750,000, and also cited unofficial estimates of two million.

The problem with gauging rates of infection from migrants to their wives is that no statistics are available. While there are figures for specific identified risk categories, derived from the government’s testing and monitoring programmes, none are collected for the wives of migrant workers as a general group.

Records are kept for HIV infection among pregnant women, who are tested as a matter of course. The government report shows that one-third of the 155 cases where pregnant women were identified as HIV-positive in 2010-11 involved partners of labour migrants, but it did not clarify how many of them were wives.

Khaitova, told IWPR that out of the 300 women receiving ongoing treatment at her centre, 100 were married to migrant workers.

She argues that these wives form a particularly vulnerable group who have little protection from the risks of infection. In a male-dominated society, women commonly find it difficult to demand protective sex or to speak openly about HIV/AIDS.

“Women here are dependent [on their husbands] economically and emotionally, and aren’t able to stand up for their rights,” Khaitova said.

IWPR interviewed a 25-year-old woman who gave her name as Tahmina, from the Hissar district west of the capital Dushanbe.

Her six-month-old baby died two years ago. The child was HIV-positive, as is Tahmina herself. She believes her husband contracted the infection from a woman in Russia. He has since died in Moscow.

“I am now undergoing treatment in Dushanbe, but I feel ashamed before my relatives and neighbours,” Tahmina said.

Maria Boltaeva, coordinator of the United Nations’ HIV/AIDS programme in Tajikistan, said it was possible that increasing numbers of migrants’ wives were being infected by their husbands, but noted that this was not supported by hard data.

Information on migrants’ wives was unavailable due to difficulties in defining who fell into the category, she said.

“First of all, one must establish who should be considered a migrant’s wife – is this [migrant] someone who has gone abroad to work, someone who returns after every season, or not? How long is he away for?” she said.

Without greater clarity, Boltaeva said, “this could be a very large section of the female population”.

FINDING A BROADER APPROACH THAT WORKS

The government’s HIV/AIDS report notes that migrants are a community where high-risk sexual behaviour is widespread, and that the scale of population movement makes them as a bridge for HIV transmission from high-risk categories to the broader public.

While acknowledging a worrying upward trend of infection among the general female population, officials are reluctant to adopt aggressive new prevention policies treating migrants or their spouses as a special category.

For a start, state testing of around 67,000 migrants conducted in 2011 showed that only 0.07 per cent of them had the HIV infection, a lower rate than the 0.1 per cent calculated for Tajikistan’s total population.

Murodali Ruziev head of the National Centre for AIDS Prevention, said that infected migrants were often intravenous drug users, and hence fell into that special risk category.
“There are cases when we find [infection] among migrants. This is primarily linked to their behaviour – the unsafe use of intravenous drugs. In other words, if we identify 20 migrants [with HIV], 14 of them will be intravenous drug users,” he said.

In an IWPR interview, deputy health minister Mirzoev said intravenous drug use remained the most important major source of infection, accounting for over half the cumulative total number of cases recorded as of the end of 2011.

The Tajik government remains committed to targeting high-risk groups like drug users and sex workers. For the broader population, including migrants and their families, official policy is to focus on preventive measures including awareness-raising about HIV and its transmission routes, high-risk behaviour, and opportunities to undergo voluntary testing at local centres. When women become pregnant, testing becomes mandatory.

The report noted that tracking the migrant population would present huge challenges because it was so mobile, and because even selecting a sample group to monitor would be costly. Most funding for HIV/AIDS prevention in Tajikistan comes from international donors.

Although Khaitova understands that monitoring migrants in the same way as the more specific high-risk groups would be difficult, she still argues for measures to test them before they return to their home communities.

Workers heading for Russia take an HIV test beforehand because they have to, under the laws of that country. Khaitova would like to see test facilities put in place at Tajik airports and rail stations for when they return.

She said such testing should be voluntary, but added, “Many people say you can’t force people to have a test, that it’s a violation of their human rights. But aren’t migrants themselves violating the rights of their wives? There are cases when young men marry girls in the knowledge that they are infected, but don’t tell them.”

Mirzoev said there was no need for this kind of measure, as voluntary testing was already available around the country.

“There are 35 AIDS treatment centres in both urban and rural areas. Every two months, they run tests for migrants, and monitor them,” he said.

Dushanbe-based doctor Safarbek Nasibov told IWPR that the current number of test centres was not enough for the hundreds of thousands of seasonal workers.

Khaitova argued that screening at points of entry would offer migrants an easier and more anonymous route, allowing them to avoid the potential shame of going to a local health centre to get tested.

In response to the idea of new testing measures, Boltaeva said that mandatory tests were out of the question, and that there was already legislation in place to guarantee anonymity for anyone who went to a local health centre. In addition, testing people immediately on their return might miss cases where the HIV virus was present but not yet detectable.

When IWPR put it to her that more cases of HIV might be revealed if migrants were subject to the same kind of rigorous testing as people in the known high-risk groups, Boltaeva dismissed the idea.

“Data from the national report show that testing of migrants is already conducted on a fairly wide scale, and that the incidence of HIV infection shown up among them is fairly low,” she said. “Tajikistan is at the concentrated epidemic stage, in which intravenous drug use is the main HIV transmission route.”

The bulk of efforts should seek to curb infection among those groups most at risk, like drug users and sex workers, she said. As for migrants, efforts should continue to monitor HIV among them as well as other population groups, but to focus primarily on educating them about the virus, its transmission methods, and the need to avoid risky behaviour.

Rukhshona Kurbanova, who works with the Tajik office of the International Organisation for Migration, IOM, noted that HIV awareness work already covered the rural areas from where most labour migrants come, but said it needed to go further.

“It isn’t just about strengthening existing education campaigns, but also ensuring that they are systematic,” she said. “Awareness campaigns should start in schools. Unfortunately, the IOM’s report for 2010 revealed that only eight per cent of migrants had heard about HIV/AIDS at school.”