They say their taxes are now paying clerics yet they still aren’t allowed to attend public prayer.

They say their taxes are now paying clerics yet they still aren’t allowed to attend public prayer. 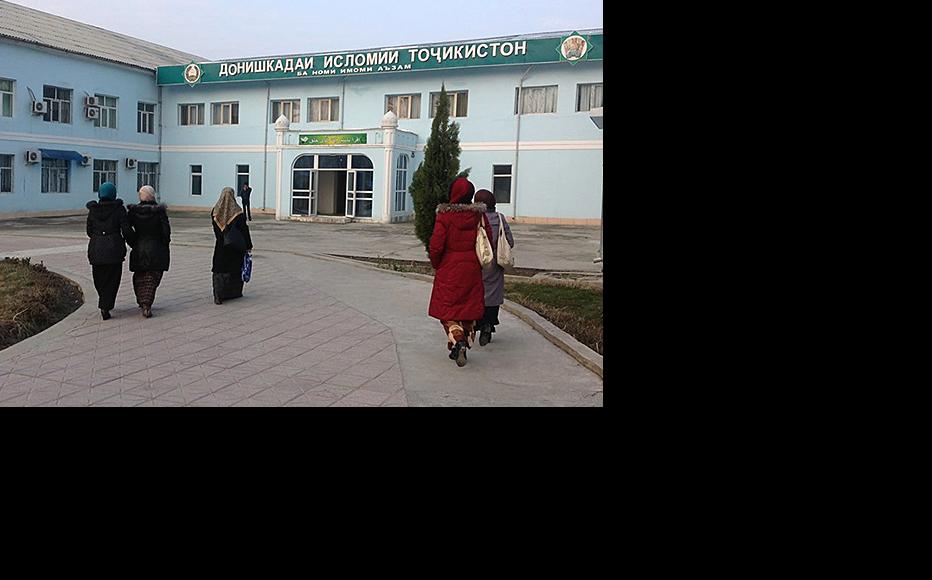 Islamic University in Dushanbe, the only educational institution where women can wear Muslim headscarfs during classes. (Photo: Humairo Bakhtiyor) 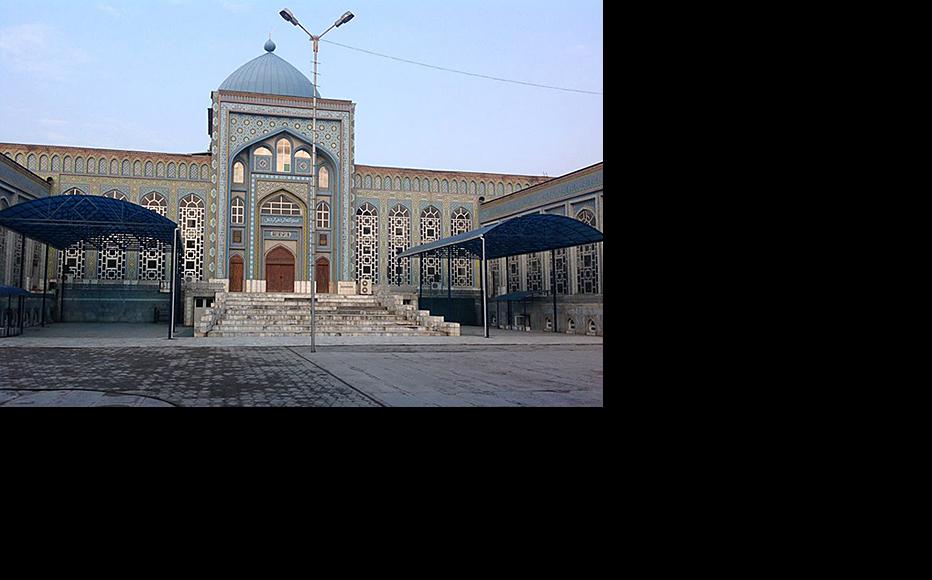 Central mosque in Dushanbe. (Photo: Humairo Bakhtiyor)
The link has been copied

The Tajik government’s decision to pay wages to Muslim clerics has been criticised by women who resent having to subsidise imams when they themselves are banned from attending mosques.

From February this year, prayer leaders or “imam-khatibs” will receive monthly salaries ranging from the equivalent of 160 to 300 US dollars, depending on the importance of the mosque.

Abdurrahim Kholikov, the head of the government’s religious affairs committee, said the money should be seen as a way of incentivising clerics to do a better job.

Others view the move with scepticism, since it appears to contradict the principle of separating faith from the secular state. It has been interpreted as the latest move to co-opt and control clerics by a government ever watchful of radical Islamic groups.

Criticism of a different kind has come from observant Muslim women, who question why their taxes should be used to pay a clergy that will not let them attend mosques.

The Council of Ulema, the country’s highest Muslim body, introduced a ban on women attending services in 2005. This was ostensibly due to a lack of space for men and women to pray separately, although some argued it was really about government fears that women were taking a more active role in banned Islamic groups like Hizb-ut Tahrir.

Anora Sarkorova, a prominent journalist, reignited the debate this year in the context of the new payments to clerics. In a statement on her Facebook page which was widely republished in the Tajik media, she wrote that as a female taxpayer, she was furious to be subsidising mosque leaders who continued to prevent women from attending prayers.

“I am not only a dutiful taxpayer, but also a Tajik woman who is deprived from visiting mosques and attending religious worship by a decision taken by Tajikistan’s Muftiate,” Sarkorova wrote.

The religious establishment did not deserve financial aid, she added, arguing that under-funded areas such as pensions and help for low-income families should be prioritised in government spending.

She told IWPR that her letter had struck a chord with others who were annoyed with the initiative.

“Many people have written to me expressing solidarity, not just women but men as well,” she said.

Parvina, a 39-year-old woman from Dushanbe, said she too was angry that she was unable to pray in a mosque.

“Why can adherents of other faiths visit their places of worship and churches, but we Muslim women cannot?” Parvina asked, pointing out that she had not experienced this problem in other Muslim-majority countries that she had visited.

Tojimiddin Asomuddinov, deputy head of the government’s religious affairs committee, told IWPR that his organisation lacked the authority to involve itself in the question of female attendance in mosques.

Saidmukarram Abdulqodirzoda, head of the Council of Ulema, reiterated that the main reason for the ban was the lack of suitable facilities to separate men and women.

“The majority of mosques in Tajikistan are located in one-storey buildings and have only one entrance. When all the conditions are in place to enable women to be present, the ban will be lifted,” Abdulqodirzoda told IWPR.

Tajikistan is the only Central Asian country where an Islamic party participates in mainstream politics. Saidumar Hussaini, a member of parliament from the Islamic Rebirth Party, told IWPR that the real reason behind the prohibition was the government’s concern that women were becoming too drawn to religion.

“The authorities saw that more women were starting to attend mosques and show an interest in religion…. They therefore made haste to head off this trend,” Hussaini said.

He disputed Abdulqodirzoda’s account of the technical obstacles, insisting that most mosques in Tajikistan were in two-storey buildings with more than one entrance and exit to avoid the mingling of the sexes.

Zarafo Rahmoni, a legal adviser with the Islamic Rebirth Party, complained that mosque leaders had always failed to defend the religious rights of Muslim women.

“Now that the state is going to pay them salaries – which is against the law [in a secular country] anyway – they will be focused directly on carrying out the government’s orders. Nothing good for women will come out of placing imams on the government payroll,” she said. “A lot of devout women are telling us how indignant they are about this.”

Muslim women in Tajikistan are unable to wear Islamic dress or hijab if they work in government offices and public institutions such as banks, and discouraged from doing so in schools.

“Why should the state pay wages to the imam-khatibs? They have never expressed concern or defended our rights when we have encountered difficulties that banned us from studying and working. They keep silent about that,” Rahmoni said. “Now that they’re going to get money from the state, they will keep their mouths shut even tighter.”

Tajikistan
Women's rights
Connect with us