Syrians See Migration to Europe as Only Hope

Since the civil war started in 2011, thousands have tried to make the punishing journey but only a few succeed.

Syrians See Migration to Europe as Only Hope

Since the civil war started in 2011, thousands have tried to make the punishing journey but only a few succeed. 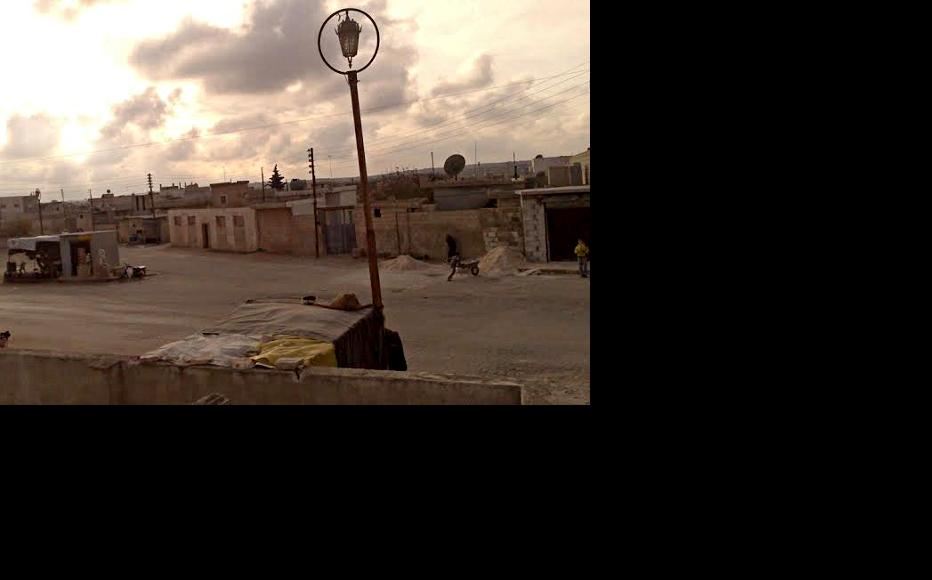 The central square in Talmans in Syria's Idlib province. (Photo: Manaf Hashash)
The link has been copied

The village of Talmans lies in the southern countryside of Syria’s Idlib province and is currently under the control of the rebel group Jabhat al-Nusra.

The area has been a target of air raids and shelling by the Syrian armed forces, who until recently had a base in nearby Wadi al-Dayf. Al-Nusra captured the Wadi al-Dayf military encampment last month.

Over the last two years, more than half of Talmans’s 20,000 residents have fled to safer areas inside Syria. Others have become refugees in neighbouring countries or even tried to get to Europe, although only a very small number have made it.

One of those to have succeeded is Mahmud, a 20-year-old college student who left Talmans last August and is now seeking asylum in Norway. Speaking to Damascus Bureau via Skype, Mahmud described the arduous journey which initially took him to Turkey and then on to Algeria.

Two days after he arrived in Algeria, Mahmud paid smugglers around 300 US dollars to help him get into Tunisia. He said he crossed the border on foot with around 80 others from Syria, Iraq, and various African countries. The group then crossed into Libya in cars belonging to the smugglers.

They reached the coastal city of Zawara where each of them paid the human traffickers a further 700 dollars.

That night, they boarded a boat headed for Italy. According to Mahmud, they each paid 1,000 dollars to a separate group of traffickers who owned a boat to get across the Mediterranean.

“I overcame my fear of the sea, even though we sometimes hear about migrant boats sinking,” said Mahmud, who had never travelled by sea before. “I gave in to my dreams and to the will of the smugglers. I found myself on a boat with 380 other people [with an area of] no more than 100 square metres.”

Mahmud said the journey took around 20 hours and the boat was intercepted by a Romanian ship which handed the passengers over to Italian coastguards, who escorted them to Sicily. According to Mahmud, the boat’s captain was arrested by Italian police.

Once in Sicily, Mahmoud said, the authorities registered everyone’s names and examined their documents. The next day the police took them to a hotel in Catania on Sicily’s east coast.

It was at that point that Mahmud was able to escape.  He avoided having his fingerprints taken, which would have meant he could only apply for asylum in Italy. Instead, he boarded a train for Milan and with the help of another smuggler, and a further payment of 400 euro, he was able to travel to Norway.

When he arrived in Oslo, he gave himself up to the Norwegian police and asked for asylum. The authorities questioned him, gave him an identification card, and took him to a house where other refugees were staying.

Among them was another migrant from Daraa, a city in southwestern Syria who had applied for a three-year temporary residence permit.

The Norwegian authorities give Mahmud monthly benefits of 2,300 krone (around 300 dollars) to cover subsistence costs.

Mahmud has yet to acclimatise to the weather in Norway, but he is adamant that he never wants to return to Syria. He plans to continue his studies in archeology and start a new life as a Norwegian citizen.

Back in Talmans, Mahmoud’s parents support his decision to leave.

“We no longer have any hope in Syria,” his mother said. “There is nothing here except fear and death. We will join our son if we get the opportunity to do so in future.”

As of September 2014, the United Nations estimates that approximately three million Syrian refugees had fled to neighbouring countries including Lebanon, Jordan, Turkey and Iraq. According to Amnesty International, these countries have accepted 97 per cent of refugees from Syria, meaning the numbers who make it to Europe legally are very small. Amnesty says European Union states have accepted a total of 12,000 refugees. According to the United Nations High Commissioner for Refugees, just under 40,000 Syrians sought asylum in the European Union during the first half of 2014.

The route to Europe is beset with obstacles. According to International Office of Migration, in 2014 alone, 3,000 migrants drowned crossing the Mediterranean.

Not everyone has been as lucky as Mahmud. Abdallah, a 44-year-old farmer from the same village as him, left home last October in an attempt to get to Sweden.

He took almost the same route as Mahmud, but his journey ended in Tunisia where police arrested him as he was crossing into Libya.

He was detained for six days and then the authorities put him on a plane back to Turkey. From there he returned to his house in Talmans. Exhausted and dispirited, Abdallah is still determined to make it to Europe one day.

“It was a failed adventure,” he said. “I returned to my village 2,350 dollars the poorer. But I will try again. I will never give up. I will emigrate to Sweden no matter what. I will sell my house and go to Sweden.”

The prospect of the arduous and dangerous journey does not deter him.

“Days and months of suffering the travel – [even] drowning in seas or oceans – would be more of a mercy than living under the injustice of Bashar al-Assad’s regime as he bombs everything,” Abdallah said.

While Abdallah is determined to leave everything behind and start a new life in Europe, his wife Suzanne, 35, is reluctant to leave Syria for good.

“I don’t want to sell the house,” she said. “We’ve lost so much already. We can flee to Turkey and work there, and then return when the war is over. We are Syrians – this is our land. It is unthinkable to leave forever. No matter how long the war lasts, it will end eventually.”

Although some like Suzanne are reluctant to leave Syria permanently, those who support the uprising can understand those that want to relocate.

Bassem al-Said is a military captain in the Hazzm Movement, a rebel group allied with the Free Syrian Army, and also hails from Talmans. He believes the only way to stem the tide of people leaving Syrian is to establish a buffer zone where displaced people can stay. Said also wants to see more efforts to end the conflict such as increasing support for the Free Syrian Army and a no-fly zone excluding government planes.

“Only then will the smuggling of Syrians to Europe stop,” he said.

Manaf al-Hashash is an IWPR reporter in Syria.

Syria
Conflict, Refugees
Connect with us