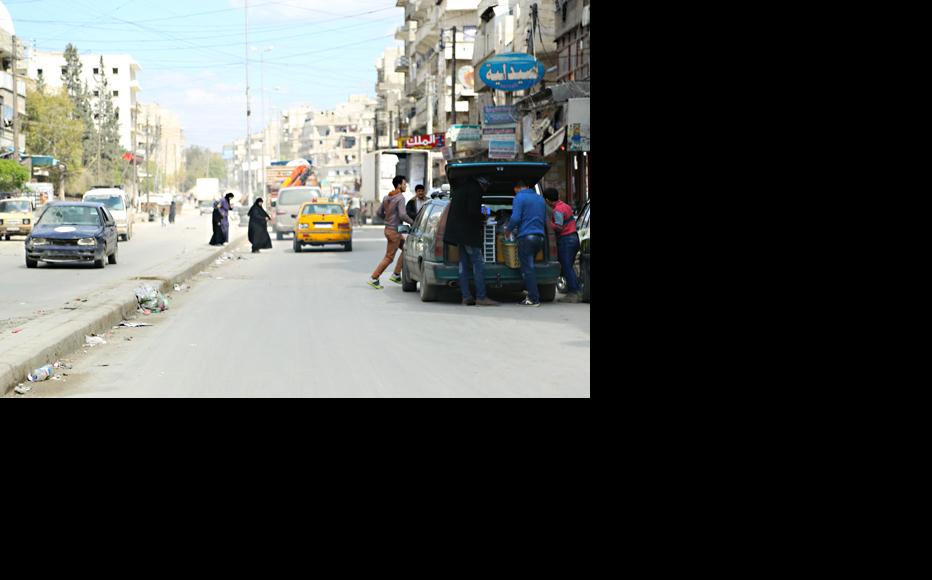 It was March 2015, and the word on the street in Idlib was that Jaish al-Fatah was about to launch a major offensive against Syrian government forces in a bid to capture the city.

Those of us living in the countryside around Idlib, which was already in opposition hands, rejoiced at the news. But I feared greatly for the safety of my brother and his family, trapped inside the city.

Early on the morning of March 23, Jaish al-Fatah, a coalition of rebel and Islamic factions, started shelling checkpoints surrounding Idlib. I followed the developments closely on TV and Facebook, and every now and then I’d call my brother to update him on what was happening.

Opposition websites were flooded with news of victorious battles. But they also carried grim news – the names and numbers of martyred fighters and innocent civilians who had been killed.

At midday on the fourth day, opposition forces took Idlib’s telecommunications building. I was on the phone with my brother at the time, and suddenly the line went dead. All communications with Idlib were lost.

From that point on, we lived in a complete state of terror, as we did not know what had befallen our relatives. The only thing we could do was pray.

On March 28, we woke to the sound of announcements booming out of the loudspeakers of local mosques. They spoke of victory – the opposition had won.

I cried when I heard this, but my tears were a combination of happiness and fear, since I still hadn’t heard from my brother.

A few hours later, the loudspeakers came to life once again, this time urging us to drive into Idlib and evacuate our relatives. It was a matter of urgency, as government forces were stepping up their bombardment of the city in retaliation for its capture.

I asked my neighbour to rent me his van and drive me to Idlib. Throughout our journey, I stared at the cars and buses moving in the opposite direction, hoping to see a familiar face. We got through numerous checkpoints easily, but when we reached the last one – right on the city limits – we were forbidden to cross, on the grounds that the city was too dangerous.

I couldn’t just sit there and wait, so I managed to persuade my neighbour to take another, longer route into the city. Once again, though, we were stopped and refused entry.

Disheartened, we decided to go back home. While we were on the road, I heard a voice shouting, “Stop, please stop!”

We stopped and got out to see who was calling out for help. We found a stranded family who had no means of transport to leave the city. We offered them a ride, even though there were 16 of them – seven children, seven women, one of them elderly, and two men.

The elderly woman told me this was the first time she had ventured out of Idlib since it came under government control, saying she was too old and sick to spend hours at checkpoints.

I was still extremely upset that I hadn’t managed to find my brother, but my heart felt a little lighter for helping this woman and her family.

Throughout our journey back to Silqin, I prayed that my brother and his family had also managed to find transport out of Idlib, and that they would be waiting for me at home, safe and sound. Sadly, when I got back there was still no news from them.

That night was a particularly tough one for my mother and me, so we stayed up praying.

We were close to exhaustion the following day when we heard a car pull up in front of our house. We rushed to the door to find my brother and his family getting out of a taxi. By the grace of God, they had made it to safety.

Narmin Abdulhamid is the pseudonym of a Damascus Bureau contributor from Silqin in northwestern Syria.