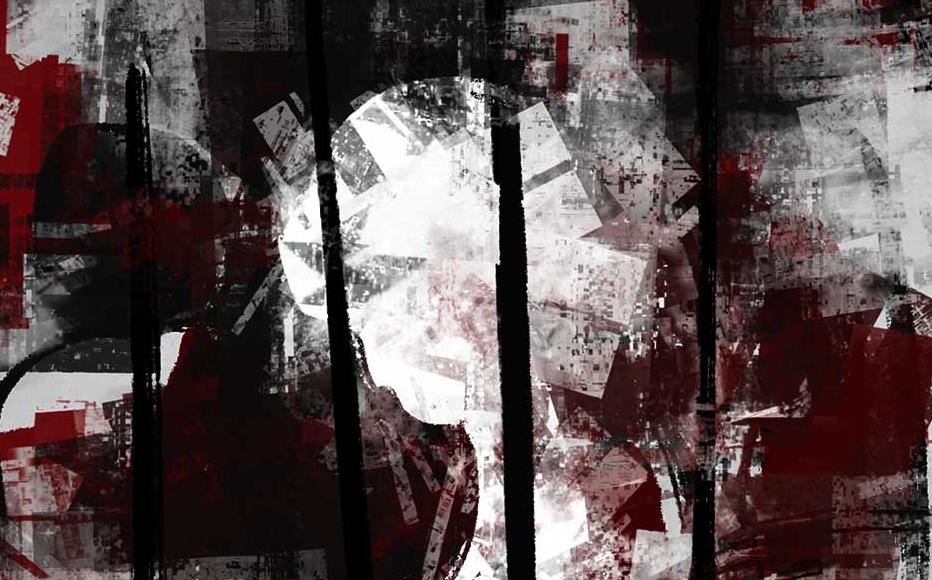 The regime knew what it was doing when it added sexual violence to its arsenal of weapons. 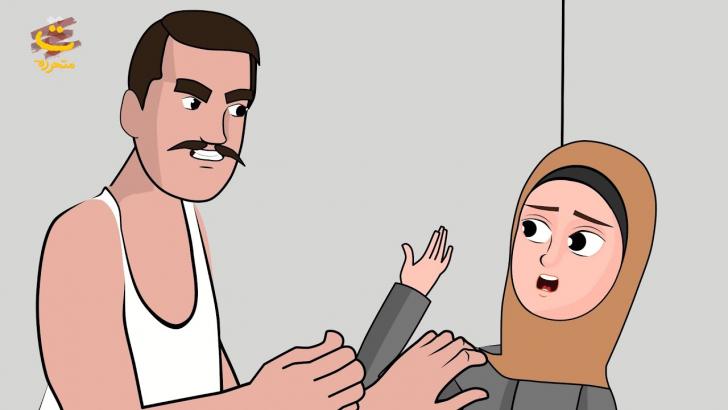 It was the International Fair in Damascus and there were stalls from all over the world; agricultural, cultural. I was a 14-year-old girl moving through a throng of people that simmering summer evening, air thick with noise, fun-seeking tides, a continuous motion of bodies.

With candyfloss sticky hands, I jostled to stay close to my female herd:  Mama, my younger sisters, our neighbour and her daughters. We were stood by some counter or other - and then. A hand. At first I didn’t realise what was happening, maybe someone had bumped into me.  My childish mind tried to decipher the signals from my nerve endings. My body failed me. My face burnt, searchlight eyes… SOS. I was wearing a knee-length flowy skirt and sinfully my legs were bare. There was a hand that wasn’t mine, there was a hand moving up the back of my thigh. There was a hand that was between my buttocks trying to locate something.  Body tensed, thighs clasped, I shook. I could hear the chatter, chuckle, barter, bustle but no - all I could hear was the pace of my breath, my heart pulsating at my jugular, the blood racing faster, the adrenaline. Why was I not moving? Why was my jaw locked? Why were my fists crushing my candy?

Aunty turned around. “Farrah, this would be very pretty in your hair.”

A Chinese jade comb that I barely registered. I locked her gaze, enlarged saucer eyes spilling, pleading. She understood. In one violent jerk she plucked me forward and into an opening in the crowd.

I looked behind me momentarily and there he was. I knew because no one else saw me but him. Smiling. Arrogant in the knowledge that he would not be discovered, that he would snake through the crowd yet again and coil around unsuspecting prey. He knew that I wouldn’t utter a syllable. Impunity.

I looked up at aunty. Silenced. A smile like a wave washed away the gravity from her face as she composed herself. I looked down. Shamed.

“Let’s go and buy some shawarma,” she said.

December 2016 saw the capture of eastern Aleppo by Assad’s troops. Some of the women decided that death was better than rape.

“I am committing suicide and I know all of you will unite on my entering of hell fire and that will be the only thing that you will unite upon: the suicide of a woman,” read an extract from one suicide note. The author went on to say that her death would symbolise nothing but “hatred of and neglect for women”.

The government knew what it was doing when it added systematic rape to its arsenal. It knew that it “is worse for a girl to be raped than to be killed”. It knew that sexual violence was the taboo that everyone dreaded. The skeleton in the cupboard that no one spoke of. The weapon that would wound far beyond the bullet. The government that forced fathers to watch the rape of their daughters, forced relatives to rape each other, raped men and children as young as nine years old.

As the anniversary of the revolution fast approaches, there are UN files gathering dust documenting rapes in several government and intelligence branches. These are the tip of the iceberg. The vast majority of victims choose to remain silent for fear of verbal abuse and ostracism from communities. Meanwhile the officials returned, unhindered, to civilian duties.

I met Marwa in a park in Ealing, the resonance of her Syrian accent capturing my attention. I turned and smiled as we both sat watching our children play in the playground.

Introductions: “My name is Farrah, I’m Syrian, how long have you been here?” And so on.

She was uncommonly open, maybe because I was a stranger. She hinted at a hasty departure from Syria. Trauma. She invited me round for some coffee, she wanted to tell me.

It didn’t faze her.

Marwa, as familiar as Syria, piercing blue eyes and a lingering sadness casting a shadow upon her face. She smiles a lot as if to break it. She fiddles with her hair to occupy shaking hands. She makes eye contact at times but then shies away from my inquisitive gaze. I have a note pad and pen; I discard them. I’ve heard many people recount things to me but not like this. I’m sitting on the floor with my back to the sofa, I’m hugging my knees to my chest in anticipation. I’m nervous.

“They took me at the check point. They stripped me naked. I can’t remember how many men groped my body, but the bruises bore witness to their deeds.

“‘This is freedom!’” she said, mimicking a heavy coastal accent.

She stands up, she crouches, and her hands traverse her body following their gropes. She touches her breast squeezes it with force, contorts it. Her groin, her hair, her buttocks, like medusa’s snakes slithering. She can’t seem to vocalise. She is pacing around the room. She seems to be thousands of miles away back in a cell in Aleppo. Detained.

“I was asleep once amidst the others…the guards were banging on the cell door.

“Marwa wake up. Bitch. What currency do they use in Britain?”

“‘The British pound,’ I told them.

“I waited for the door to open. I thought they were coming for me. They were doing a crossword. They wanted me to help them with the crossword.

“The women held me until I fell asleep in their arms.”

As I listen my mind sketches an outline of their broken bodies, huddled in heaps, stealing sleep, disturbed dreams.

“They made me and another woman watch a man being tortured. They had all four of his limbs tied, his arms from the ceiling and his legs to the ground. They were whipping him with cable wire and pulling on the ties to stretch him taut. The sounds he was making were inhuman, I can’t describe them. I kept on looking away but the jailer would pull my hair back and force me to watch. I had to. May Allah forgive me, I had to.”

She disappears into herself.

Marwa believes that she was released due to her dual nationality. Others were not so lucky.

I’ve not asked her any questions. She will say something and then fall silent for what seemed like minutes. Then she spits out the words as if to expel poison from her body. She remembers my presence and looks up at me almost apologetically. I’m sure these are mere fragments. I think she regrets having told me, as if I would judge her.

“Did they rape you, Marwa?”

Sharp, quick response. Denial or truth? I will not conjecture. She told me what she wanted to tell me, she gave me a small glance into the virtual dungeon in her head. Enough to see that less than a month in the actual one gave her a life sentence.

Marwa is a pseudonym. But Farrah is me. This is for all the women, men and children of Syria who have not yet been heard.