Syria: A Key to No House

Family returns to village recaptured from Islamic State to find home in ruins.

Syria: A Key to No House

Family returns to village recaptured from Islamic State to find home in ruins. 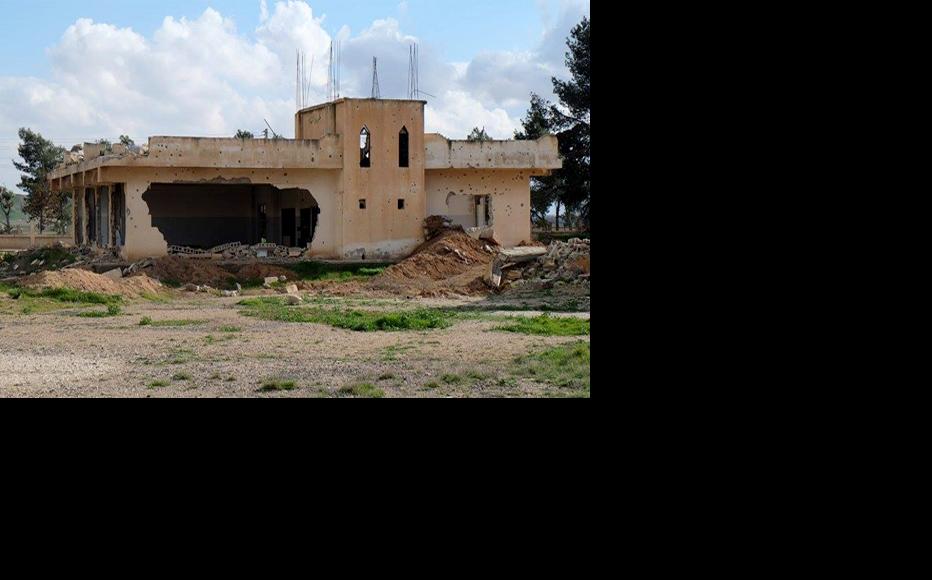 Keys are no longer needed to enter this house. (Photo: Habib Zafi)
The link has been copied

A week after launching an offensive on February 20, 2015, the People’s Protection Units (YPG) liberated the Tel Hamis area southwest of Qamishli, the administrative centre of Hasakah province.

As soon as the newsreader on the Kurdish-language Rohani channel announced that the YPG had entered the village of Abu Khazaf, Samah’s mother, Umm Samah, cried out in joy. Her ululating voice carried through the house and across the entire neighbourhood.

The next day, the YPG invited residents displaced from the area to come and check on their homes.

Together with her mother and her sister Hind, Samah took the last seats on a bus heading for their village. She immediately began daydreaming. Her memory took her back to the day, more than a year before, when they fled from the village as Islamic State began shelling it indiscriminately.

Abu Khazaf is near Tel Maruf, a town about 40 kilometres from Qamishli. The village was a particular target for Islamic State as the birthplace of Mohammad Fares, a member of the Syrian parliament.

At first, the shells fell on surrounding farmland, but the fire then concentrated on houses in the village. By the time Samah’s family got out, Islamic State fighters had already entered the next village.

Umm Samah’s primary concern was for her daughters. Samah’s father heard that Islamic State had abducted dozens of residents from Tel Maruf, so he told the family to gather a few things together and get ready to leave.

“Umm Samah,” he said, “wake the girls up and get them into the car, but be careful about turning on any lights, otherwise we’ll be targets for the Islamic State sniper on the school roof.”

He was planning to stay on to guard the house, but Umm Samah refused to let him.

“We aren’t going anywhere without you,” she said.

As Samah and her sister climbed into the back of the family’s pickup truck, curiosity drove them to take a last look out before their father turned the ignition key. Through a metal grill at the back, their eyes bored into their house, which seemed like a warm cocoon to them although it was now dark.

In a hoarse voice, Samah promised aloud, “I will return to you, my home.” Then she ducked down again. Hind, too, returned to the truck’s floor.

As they set off for Qamishli, plumes of black smoke billowed into the sky behind them, and from afar, they could hear Islamic State militants chanting “Allahu Akbar”.

The truck drove slowly through the countryside. Their father didn’t dare switch on the lights for fear that they might be targeted.

“Do you think we’ll ever come back to our house again?” Samah whispered to her sister. “I forgot my journal, the one in which I used to write poems. It’s been with me for so long – how could I have forgotten it?”

“You’ll have to write poetry in a new notebook, then,” Hind replied in a choked voice.

Because the car was going slowly to avoid drawing attention to them, Samah couldn’t tell where they were. But she knew that it took them quite some time to get out of the village.

As soon as they arrived in Qamishli, they rented a house, but that didn’t make Samah and Hind forget their clay home in the village. Most of their conversations were about their home, about whether they would ever see it again, and about Samah’s heartbreak over the poetry journal she’d left behind.

While Samah was still lost in memories of that exile, the driver announced that they had arrived in the village.

Samah’s heart raced ahead of her feet in eagerness to get out of the bus. She stood on the pavement taking deep breaths, as if she was returning to life just by taking in air.

She walked through the alleyways, so full of joyful anticipation at seeing her home again that she was blind to the damage that had been done to the village, the destroyed houses turned into heaps of dirt and rubble, and the uniformed YPG soldiers who were everywhere.

As they made their way to their house, Samah’s mother pulled out the key. “Would you believe our house key never left my pocket the whole time?” she told her daughters. “It was because I was certain we would return.”

Her mother had barely finished the sentence before she froze in place, and her daughters with her. No one was able to utter a word until Samah broke the silence with a scream, “Where’s our house?”

Samah turned to her mother, who still clutched the key in readiness to open the door of the pile of rubble that had once been their home.