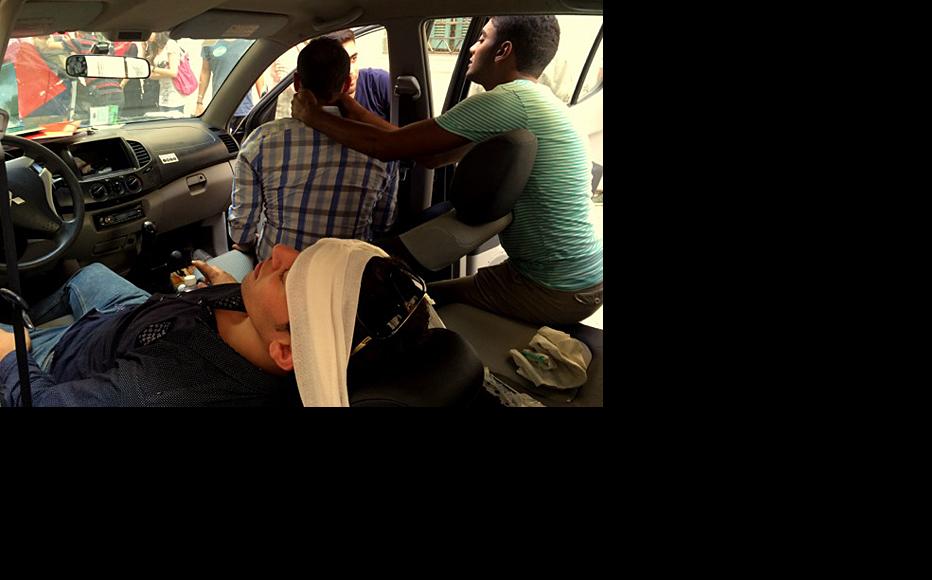 Trainees learn how to respond to a traffic accident. (Photo: IWPR)
The link has been copied

The latest victim was Tawfiq Ben Saud, an 18-year-old blogger, activist and radio presenter gunned down in his car in the eastern city of Benghazi on September 19.

At least two other journalists were murdered over the summer. Dozens more have fled Libya since fighting between rival armed groups escalated in July.

Amid this turmoil, very few media professionals in Libya have even a basic knowledge of first aid or the other skills they need to reduce their exposure to risk while working in dangerous, fast-moving situations.

To address this need, IWPR hosted a three-day safety and security training course for Libyan journalists on September 22-14. With 30 participants, it was the largest training exercise of its kind conducted. The Libyans came from across the country including the east and the far south to attend the course in Tunis.

“Libyan reporters don’t know how to cover conflict and keep themselves safe. Because of this, there is very little reporting happening,” one participant said.

Participants learnt about situational awareness and managing emergencies – for example at checkpoints and in riots – evacuations, and advanced first aid. These are all essential survival tools in Libya’s increasingly dangerous media environment.

The course included a series of practical exercises, including wound treatment and CPR. It culminated in trainees testing their knowledge in simulation exercises that included moving through a conflict zone, being stopped at a hostile roadblock, getting detained, and evacuating traffic accident casualties.

“This training was exactly what we needed,” said one participant. Another described how he was recently at the scene of an accident and did not know what to do. “If I’d had this training, I would have been able to help,” he said.

According to Reporters Without Borders, the immediate euphoria of the 2011 revolution has been replaced by a situation in which “journalists are being persecuted, assaulted or killed, and the media are prey to constant attacks.”

The training course was supported by the US Department of State’s Middle East Partnership Initiative, the British Foreign & Commonwealth Office, the United Nations Development Programme and the European Union.