Stranded by Love in Azerbaijan

IWPR reporter comes across elderly Frenchwoman with extraordinary story to tell, and one wish – to visit her home once more.

Stranded by Love in Azerbaijan

IWPR reporter comes across elderly Frenchwoman with extraordinary story to tell, and one wish – to visit her home once more. 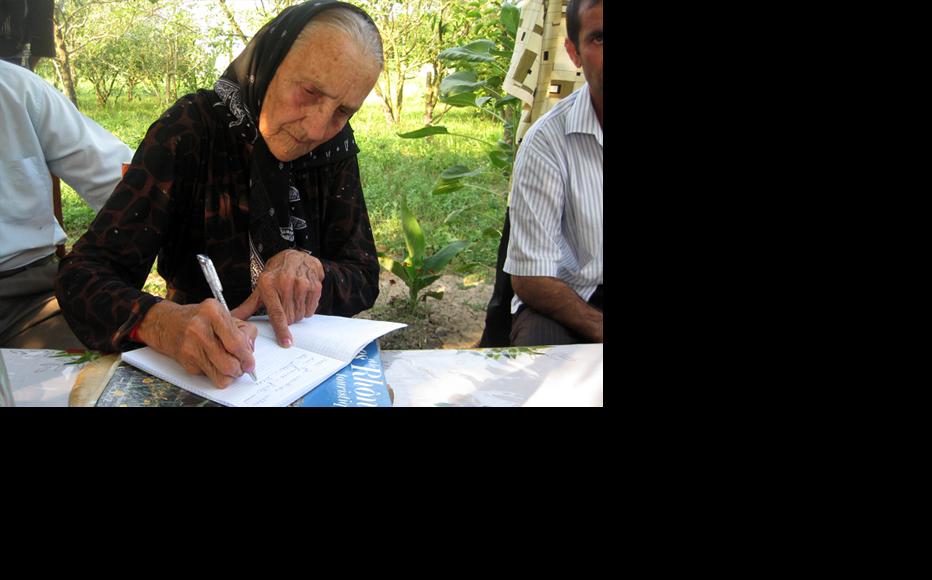 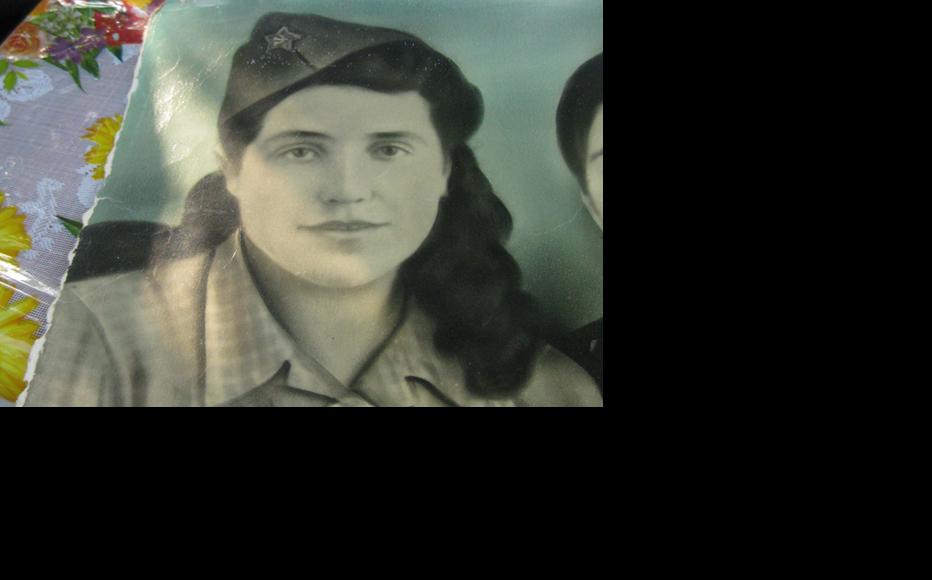 Yvonne as a young woman. (Photo courtesy of Yvonne Botteau Jacques)
The link has been copied

The first thing that struck me about Yvonne Botteau Jacques was her name – it’s hardly an Azerbaijani name, but I heard it while visiting the provincial town of Imishli, researching an article on flood victims.

Intrigued, I asked who she was, and discovered that she was an 83-year-old Frenchwoman living in the nearby village of Murguzalli. I knew I couldn’t leave until I’d found out who she was and how she came to be there.

When I caught up with her, Yvonne, or Joanna as she is also known, told be a story straight out of romantic fiction. As a young woman in France during the Second World War, she met and fell in love with a young man from Azerbaijan who had joined the Resistance.

“We’re from Lyon. My father Jean was a very influential person there Lyon. He had close ties with [Resistance leader] Charles de Gaulle. My father got weapons to the partisans via secret routes. He also helped arrange covert treatment for wounded partisans,” she recalled.

Shammad Shirmammadov was a Soviet soldier who was captured, held as a prisoner-of-war in Italy, and managed to escape and cross into France in 1944.

He joined the French Resistance and befriended a young man called Paul Botteau Jacques, who had a beautiful sister.

Two years after the end of the war, Shammad and Yvonne finally persuaded her father to allow them to marry.

“My father arranged a great wedding for us in Paris, and a month later I got a visa from the Soviet consulate in Paris and set off for this country, Azerbaijan,” she said. “We were on the road for two months; we went through the whole of Europe, then Moscow, and finally got to Baku.”

From Baku, they travelled on to Imishli and finally Murguzalli, where Yvonne recalled being “horrified by the heat and the number of mosquitoes”.

“What was even more horrible was that a beautiful Frenchwoman like me should be taken to the village by cart,” she added with a laugh.

Shammad’s family had been told he’d been killed in the war, so the couple got a tumultuous welcome.

“When we entered the courtyard, all the relatives were there. As soon as they saw Shammad, they all began shouting, crying and falling to the ground,” she said. “It transpired they thought he was dead, and they had already mourned his passing,”.

Yvonne converted to Islam, at the request of Shammad’s relatives, and changed her name to Amina.

“At first it was hard to get used to the different culture and customs, and even harder to adapt to the climate. The heat used to kill me. I thought the flies and mosquitoes could eat people –I’d never seen anything like it,” she said. “But I didn’t regret my decision. Our son Rafael was born a year later. Sadly, our happiness didn’t last long, as Shammad died a little while later.”

Yvonne ’s mother then attempted to rescue her from the Soviet Union, even coming to Baku to meet her. However, the authorities would not allow Yvonne to leave the country with her son, a Soviet citizen.

“My mother spoke to me and said there was no other option but to abandon the boy and go. I refused. I said we’d either go together or I would stay here. So we stayed,” she said.

After that one meeting, she never saw any of her relatives again. But they kept on writing her letters, particularly her brother Paul, then a French diplomat in India.

Local custom required that as a widow, she marry a close relative of her late husband, so she became wife to his first cousin. This marriage produced another son and two daughters.

As time passes, she has just one dream left – to go home to France and visit the graves of her family.

In the early 1990s, she sought help from Ahmadiyya Jabrailov, another Azerbaijani who fought with the French Resistance during the war.

The French awarded Jabrailov the Croix de Guerre and other high honours, but the Soviet authorities persecuted him when he returned. He was only recognised as a war hero when President de Gaulle enquired after him on a visit to Moscow in 1966.

“I was sure that this legendary partisan and close friend of de Gaulle could help me get to France,” Yvonne said.

Although Jabrailov promised to help her, he was struck by personal tragedy when his son was killed in the Nagorny Karabakh conflict, and he died soon afterwards.

“My dream was destroyed,” Yvonne said.

As I was preparing to leave, Yvonne asked me to help her fulfil her wish.

“I haven’t long left to live. If I die without seeing my home, then my spirit won’t be at rest,” she said.

I wasn’t sure what I could really do, but on returning to Baku, I phoned the French embassy to tell them about their citizen in Murguzalli who just wanted to visit her homeland.

Now her case rests with the French consular authorities.

Embassy spokeswoman Jamila Akhundova told me Yvonne's case was being dealt with and consular officials had contacted her.

“If she’s able to gather the requisite documents, then she can obtain a visa,” Akhundova said.

However, Yvonne will also need to show she has sufficient funds in the bank before she is allowed to travel to France.

“Remember, Europe is in crisis,” consular officer Zevfira Guliyeva told me. “The French embassy cannot shoulder the costs of this trip itself.”

That may mean Yvonne Botteau Jacques is never able to see her home again.

Sabuhi Mammadli is a freelance journalist in Azerbaijan.

Azerbaijan
Peace
Connect with us