Insurgents funnel off extraction fees amid disputed control of the site.

Insurgents funnel off extraction fees amid disputed control of the site. 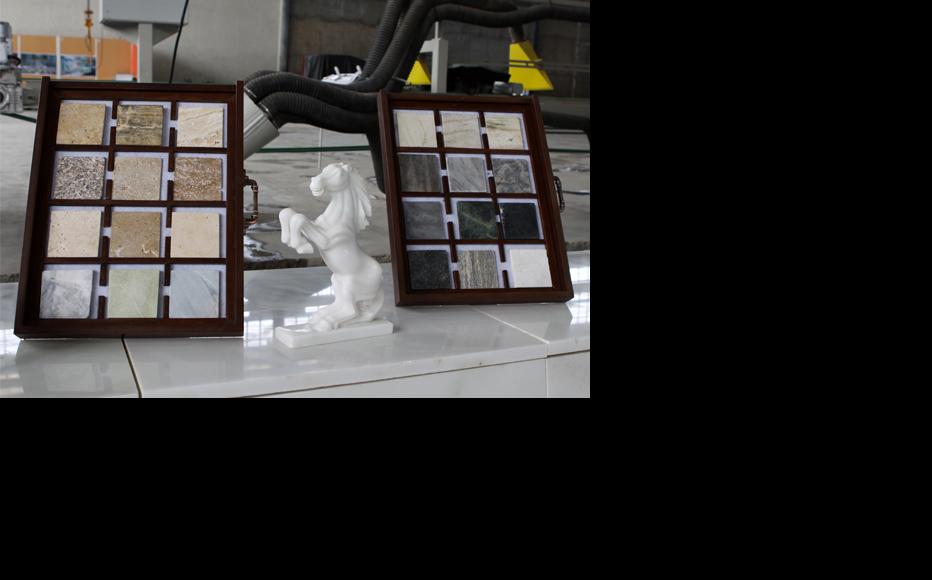 Marble on display at a specialist shop in Afghanistan. (Photo: USAID Afghanistan/Wikimedia Commons)
The link has been copied

Officials have warned that smugglers are continuing to pillage Afghanistan’s largest marble mine, with their proceeds helping fund local Taleban groups.

Both the Taleban and the government claim control over the mine, situated in the country’s southern Helmand province. Contractors wishing to extract marble from the plentiful reserves often have to pay fees to both officials and the insurgents.

This means that the Taleban is guaranteed a lucrative income from the industry.

Helmand chief of police Aqa Noor Kintoz told IWPR, “We suffer hundreds of casualties due to this problem as most of the [mining revenue] goes to the armed insurgents. These groups can then purchase ammunition and weapons to continue their fight with the government.”

In 2014, a UN monitoring team estimated some two-thirds of the 15 million US dollars made selling Helmand marble each year went to the Taleban.

But speaking to the Guardian newspaper last year, Abdul Jabbar Qahraman, presidential envoy to Helmand, said he believed the figure was even higher, with insurgents receiving between 50,000-60,000 dollars per day from marble – more than 18m dollars annually.

Helmand’s marble mine is located in the district of Deshu in an area known as Sordak, some 340km south west of the provincial capital Lashkar Gah.

In 1962 Italians built a processing factory at the site where the stone –considered especially valuable due to its unique colouring – continues to be cut and carved today.

Mohammad Lal Karigar, the factory’s manager, highlighted the problems they now faced. He said the issue of illegal extraction was severely damaging Helmand’s economic development, and that the onus was on government officials to act.

“The government doesn’t have control over this mine and that allows smugglers to take advantage,” he claimed.

“The sad thing is that the marble is often extracted in a really substandard way by the smugglers, which leads to unnecessary waste. The stone isn’t broken properly – it’s smashed into many small pieces making it useless.”

Karigar said that Afghanistan’s whole approach to its marble industry needed a radical overhaul, urging greater investment to allow for the construction of more processing sites.

Helmand, he noted, had only one factory while Karachi, in Pakistan – where much of the Afghan marble was taken for processing – had more than 20.

“Pakistan takes greater advantage of this mine than we do,” he continued. “Our stone is smuggled into Pakistan where it’s processed and then exported to the international markets as a Pakistani product. This is a major blow to the Afghan economy.

“If the smuggling is stopped and other countries are prevented from taking advantage then hundreds of people could be employed here. Right now, only 49 people work at this factory.”

Mirwais, an employee at the marble factory, said, “Since starting work here my life really has changed for the better.

“But the government must pay greater attention to the problem of illegal extraction and smuggling so that Afghanistan can benefit from its own mining instead of other countries taking advantage.

“If they get it right, everyone in this country will benefit from this resource and more jobs will be created for young people.”

Mohammad Naeem Samim, the provincial director of mines and petroleum, said that six firms were currently registered to mine legally, but that numerous other companies were working at the site without official consent.

He told IWPR, “This is the largest mining site in the region and we estimate it could produce some 3.5 million tons of marble. It could be more.

“Several times I’ve provided information to Helmand security officials and relevant ministers regarding illegal mining but no action has ever been taken.

“Local and central government have failed to protect Helmand’s marble. No steps have been taken,” he continued, adding that some government officials had likely been accepting bribes in return for turning a blind eye to the issue.

Nazar Mohammad Roday, deputy director of Helmand’s civil society coordination centre, said, “The government must do everything it can to protect mines in every region – including marble from Helmand.

“The stone is a very valuable national resource and its theft and subsequent smuggling is damaging to the country’s economy.”

In 2015, Helmand governor Hayatullah Hayat told a meeting of tribal elders that every possible measure would be taken to protect the mines.

He claimed the air force would be involved the protection of the marble and that the government would “target smugglers from the air, including any vehicles exporting the stone illegally”.

Samim said that this had not materialised.

“We did think the smuggling might be stopped with the use of air strikes – with trucks loaded with marble destined for illegal export being targeted and destroyed. This issue has been discussed but it hasn’t happened yet,” he said.

Omar Zwak, spokesman for Helmand’s governor, told IWPR that the matter was still under consideration.

“Both local and central government are working together to put a stop to the illegal smuggling and only allow those who are have the correct mining permits,” he said.

“We have included the issue of taking back control of our natural resources in a four-year security plan. They have to be utilised for the benefit of Afghanistan’s future generations,” he said.

But despite such assurances, locals in Deshu district say little, if anything, has changed.

Raaz Mohammad, an engraver at the factory, added, “First and foremost, we need our government to establish security in the country as without this there can be no economic development.

“Smuggling and illegal marble extraction is a good example of this. If security is improved it will help owners of marble factories to find international markets for their products.”

One marble smuggler who agreed to speak to IWPR on condition of anonymity, said, “People here are forced to cultivate poppy or mine the marble even though we know it’s illegal.

“The reason is because the government has failed to create any other employment or do anything significant to help improve our lives. We’re forced to find jobs ourselves.

“If the government fails to implement plans to ensure the country can benefit from its natural resources then it’s only right that its people should be permitted to take matters into their own hands and mine the stone themselves.”

Sardar Wali, a shopkeeper in Lashkar Gah who sells a range of marble products, told IWPR, “If the government had an effective plan for extracting and processing our marble, I could confidently predict hundreds of jobs would be created for the young.

“The mine here is so big I’d estimate that even if we had ten factories established there’d still be enough marble to mine for years to come.

“And if we did that Helmand’s marble production would reach every corner of Afghanistan and indeed the world. It would be a boost to our economy and a sign that the country was moving in the right direction.”