Libel suits, unpaid bills and now a ban on some street sales look like stealthy moves to curb critical voices.

Libel suits, unpaid bills and now a ban on some street sales look like stealthy moves to curb critical voices. 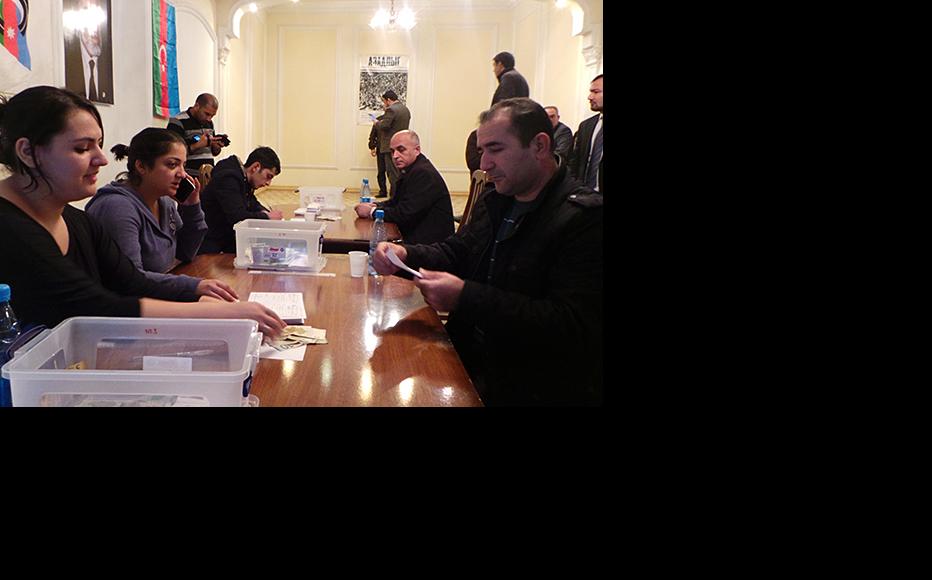 Supporters the Azadliq newspaper pledging funds to save it from financial ruin. (Photo: Ramin Deko) 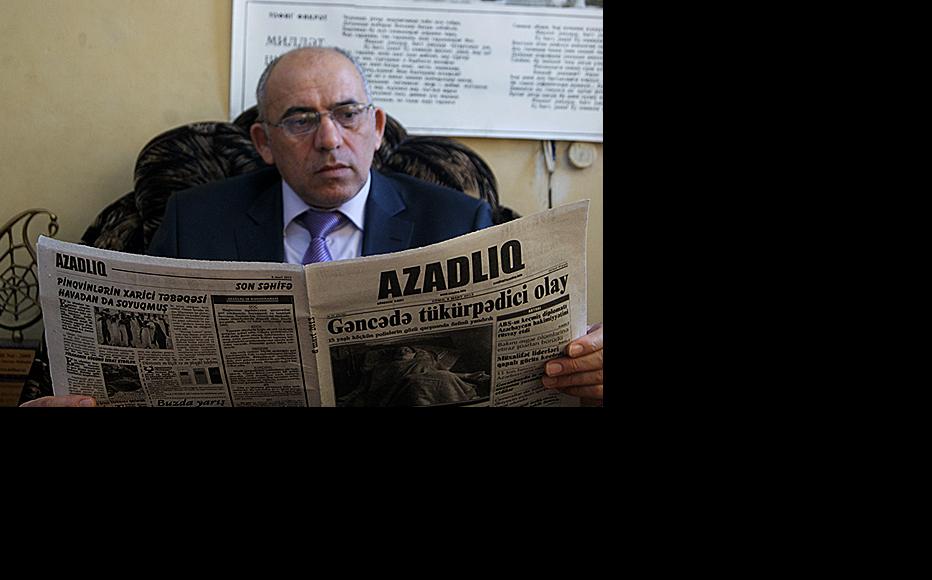 Opposition newspapers in Azerbaijan say the government is trying to force them out of business by getting others to act on its behalf so as to remain at arm’s length.

Newsvendors are now barred from selling the Azadliq and Yeni Musavat papers, adding to cashflow problems created by the state distribution company not passing on income from sales.

Metroservis, a private company which had a monopoly on newspaper sales at underground train stations in the capital Baku, informed the two newspapers last week that it would not handle their titles any more.

“I personally met with the company’s accountant, then with the director,” Yeni Musavat’s finance director Alesker Suleymanov told IWPR. “But they explained nothing. They said they had orders to block sales of our newspapers. Who gave the orders, they didn’t say.”

After the newspapers complained publicly about the decision, Metroservis closed down operations altogether on November 14, and stopped selling books and newspapers in the metro. The company gave no explanation, and could not be reached for comment as no one answered the telephone.

Aflatun Amashov, head of the Press Council, a nominally independent but largely state-dominated umbrella body for the media, told Yeni Musavat in an interview that he had been told by the metro management that the stalls were removed on security grounds.

“They told me the sale of newspapers and books was banned in order to prevent terrorist attacks and to allow free movement for passengers at stations,” he said.

Despite this, other stalls were not removed, and they continue to sell fruit, clothing, shoes and other goods at Baku’s underground metro stations.

Freelance vendors like Namig Mukhtarov are subject to the same ban.

“We aren’t allowed to sell these papers. They drive us out and say we can’t sell newspapers here,” said Mukhtarov, whose pitch was near the Neftchilar metro station. “I normally sell a lot of newspapers, and Azadliq and Yeni Musavat are the most popular.”

The move has seriously affected the sales of both newspapers.

Yeni Musavat’s editor-in-chief Rauf Arifoglu said that around 1,300 copies used to be sold daily in the metro. “This means we’re losing more than 500 manats [650 US dollars] a day in profits. We are in a critical situation. I have already warned my editorial colleagues that they may soon find themselves without wages. Our staff have even tried selling the newspaper themselves on the street to get us out of this situation, but they haven’t been allowed to.”

Rahim Hajiyev, deputy editor of Azadliq, says circulation has fallen by around 1,500 copies after the ban on sales in the metro.

“Our losses add up to 18,000 manats a month. That amount covered the monthly salaries of our staff,” he told IWPR.

Azadliq is already facing an uncertain future after losing libel cases brought by the head of the Baku metro, Tagi Ahmadov, and by Kabira Mammadova, a businesswoman with ties to government, who won 30,000 manats each. (See Libel Actions Squeeze Azerbaijan's Opposition Press.)

“The fines imposed on the paper total 70,000 manats [90,000 dollars]. They are now demanding that the amounts be paid immediately, and the editors are simply unable to cover this huge sum,” Hajiyev said.

Both Azadliq and Yeni Musavat are owed substantial sums of money – 50,000 and 24,000 manats, respectively – by the state firm that distributes newspapers, Qasid (or Gasid).

Faig Amirov, commercial director at Azadliq, explained what that meant.

“Because Qasid isn’t paying us our money for the sales of our newspaper, we are now indebted to the state printing company to the tune of 22,000 manats. The printers have refused to print our paper, and we weren’t published for three days,” he told IWPR. “One state company could basically pay our debt the other, but Qasid is in no hurry to hand over our money.”

Azadliq has asked to its readers to make donations, and Hajiyev said the appeal had raised 14,000 manats, which covered part of the money owed to Qasid and allowing printing to start again.

Agali Ismayilov, deputy director general of Qasid, told IWPR that his printing firm was in a difficult position itself.

“Honestly, we don’t know how we’re going to get out of this,” he said. “We’ll probably have to lay people off, which will be very unpleasant since most of our employees have been with us 20 or 30 years. Or else we’ll have to take out a long-term loan, although it is very hard to borrow.”

Alaskar Mammadli, a lawyer with the United States-based civil society organisation IREX, said he was in no doubt that the various woes affecting Yeni Musavat and Azatliq were a way of clamping down on freedom of expression.

“The restriction placed on newspaper sales in the metro, the court rulings, the three-way debts between Qasid, the printers and the newspapers - all if it could be sorted out by legal means, if the government wanted that,” he told IWPR.

Ali Hasanov, head of the political affairs department in President Ilham Aliyev’s office, said there was no official plot to curb opposition newspapers.

“The sale of newspapers in metro stations is against the law, so Metroservis was required to stop what it was doing. The closure of this company and the ban on selling newspapers in the metro should not reduce the circulation of these newspapers,” he told IWPR. “The only thing that can affect circulation is public demand, people’s desire for free speech, and the ability of the press to satisfy it.”

Sabuhi Mammadli is a freelance journalist in Azerbaijan.