Authorities step up intimidation in hope of ending protest.

Authorities step up intimidation in hope of ending protest. 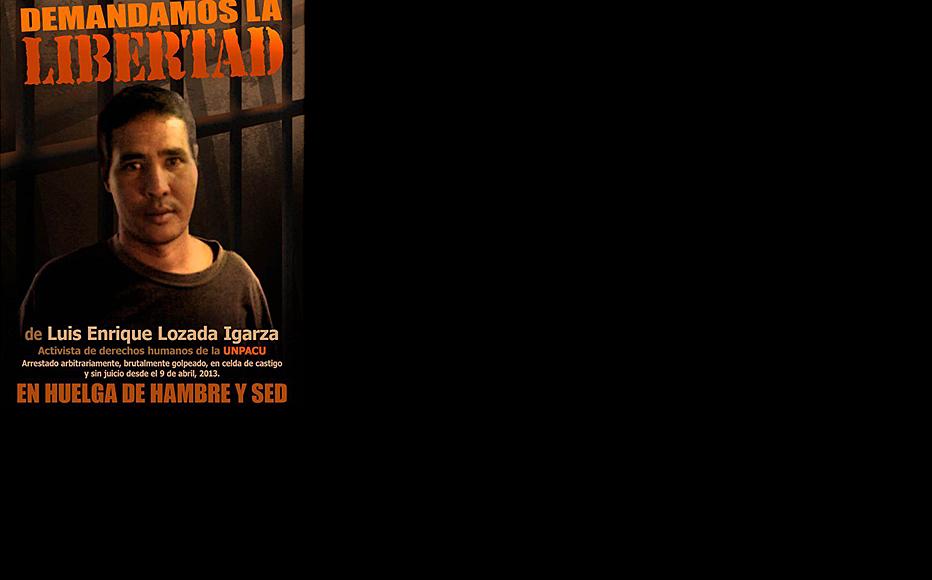 Poster in support of detained Cuban dissident Luis Enrique Lozada Igarza.
The link has been copied

At least 60 members of one of the largest dissident groups in Cuba are on hunger strike in an eastern region demanding the release of one colleague and an end to violence against others.

The group says more than 60 activists as well as members of Lozada Igarza’s family are now taking part in the protest.

In a Twitter posting on May 2, UNPACU’s leader José Daniel Ferrer said at least ten of the hunger strikers had been admitted to hospital and several more were in need of medical attention.

He says Lozada Igarza was arrested because he was accused of making “threats” against police officers. Prior to his arrest, he suffered repeated assaults, raids on his home, and thefts as the authorities tried to intimidate him into stopping his activism.

The day after the hunger strike began, the Cuban government reacted by blocking mobile phone traffic for the participants. They had been updating Roberto de Jesús Guerra Pérez, head of the independent news agency Hablemos Press, but both calls and SMS messaging on their phones was interrupted.

In Havana, Guerra Pérez’s mobile phone and the news agency’s landline were cut off.

Hablemos Press staffer Magaly Norvis Otero borrowed a phone and called the state telecoms company ETECSA, noting, “They didn’t give me any valid explanation and around 11 in the morning they reconnected both services.”

In the early days of the hunger strike, activists handed out anti-government leaflets and posters in Santiago de Cuba city.

“Over the last 48 hours [since the hunger strike began], leaflets and posters have appeared in Reparto Sueño, the centre of Santiago de Cuba city, in Baragúa in Ciego de Ávila province, and in Perico in western Matanzas province,” UNPACU member Anyer Antonio Blanco Rodríguez said, again using a borrowed phone.

According to Blanco Rodríguez, “Part of the government’s response has been attacks against the homes of dissidents, Ariel Cruz Meneses in Banes in Holguín province, and Maximiliano Sánchez in Palmarito de Cauto… at least 25 people have been detained, two of them in Havana.”

At the end of February, UNPACU merged with another dissident group, the United Anti-Totalitarian Forum, FANTU. Combined, they are the largest opposition organisation in Cuba.

One of UNPACU’s most well-known figures is its spokesman Guillermo “Coco” Fariñas, a 2010 Sakharov Prize winner.

Cuba
Human rights
Connect with us