State hopes that incentives will stem the flow of people leaving isolated parts of the country.

State hopes that incentives will stem the flow of people leaving isolated parts of the country. 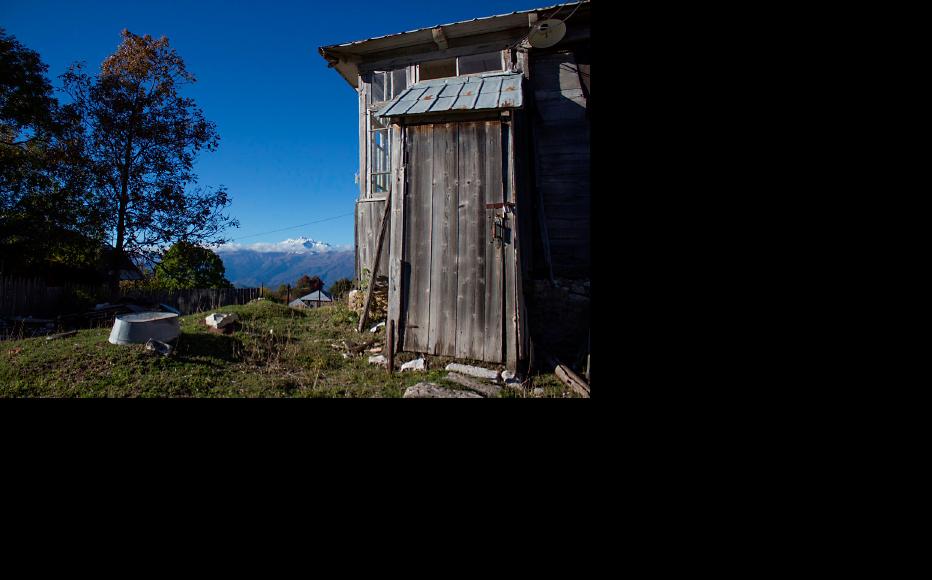 Abandoned houses are a common sight in the highland village of Mravaldzali. (Photo: Aleksandre Gachechiladze) 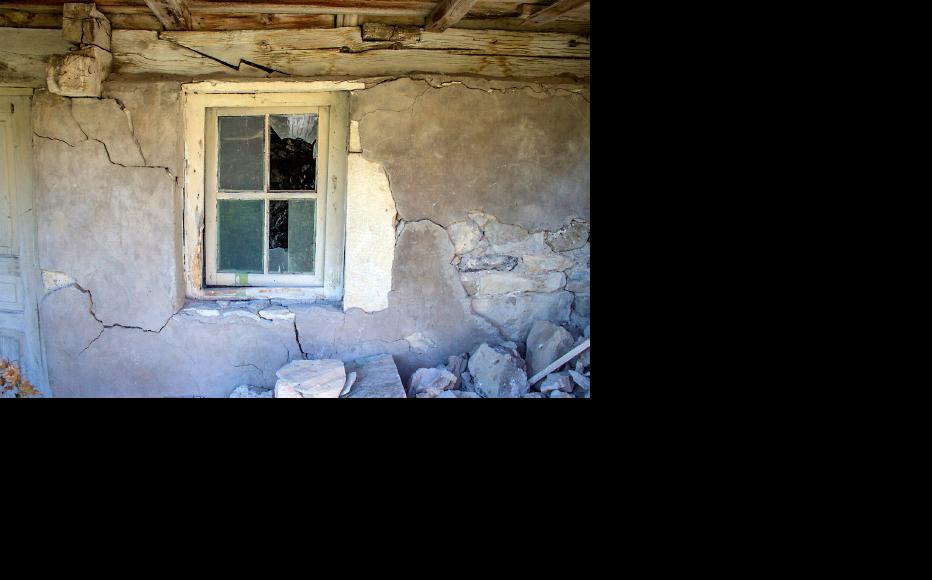 Abandoned houses are a common sight in the highland village of Mravaldzali. (Photo: Aleksandre Gachechiladze)
The link has been copied

A  new law introduced by the Georgian government aims to slow the mass rate of migration from the country’s underdeveloped highland regions.

Some 66 per cent of Georgian territory consists of high mountains, with residents facing high unemployment, poor infrastructure and the threat of natural disasters.

Thousands have left over the years in search of better prospects elsewhere, with a devastating effect on local culture as settlements have been abandoned.

The law, which went into effect on January 1, provides extra social, business and economic benefits for people living in the mountainous areas.

It was prepared by the ministry of regional development and infrastructure with support from the Swiss Cooperation Office for the South Caucasus, Austrian Development Cooperation and UNDP.

Support, which will be rolled out in stages, includes financial aid for families with children and higher salaries for teachers, doctors and nurses.  The government will partially fund heating and electricity expenses during the winter months.

Each family living in the mountain regions will receive 100 lari (40 US dollar) a month from the state for a year following the birth of their first and second child.  For every subsequent child the allowance will increase to 200 lari and be paid for two years.  Retirees living in the mountain regions will enjoy pensions 20 per cent higher as well as extra social assistance.

Residents will also enjoy privileges regarding income and property tax.  Businesses granted the status of a highland enterprise will be exempt from income tax for 10 years.

Experts hope that the law will have a major impact on internal migration, although they warn that more needs to be done including job creation and the development of tourism infrastructure.

“All in all the law can be assessed as positive,“ said Giorgi Gogishvili, head of the Migration Centre.  “It creates conditions for solving existing problems in the high mountain regions. The topic of first importance is the creation of the right mechanism for realising the law and starting full implementation as planned.”

According to the State Commission on Migration Issues, it is hard to assess how many of the rural residents who left the mountains actually emigrated or moved elsewhere within the country.

Migration from the highlands started in the 1960s as a result of the Soviet Union´s industrialisation policy.  Many people from the eastern part of the Georgian Caucasus moved to Rustavi to become factory workers.  In the west of the country, mountain dwellers from the Racha-Lechkhumi and Svaneti regions moved to Kutaisi to work in car factories.

In the 1980s and 1990s, internal migration in Georgia was mainly caused by war, socio-economic factors and natural disasters such as earthquakes.  There were regional conflicts in Abkhazia and South Ossetia, economic collapse and destabilisation in the North Caucasus.

Overall, Georgia has a huge rate of migration.

The extent of the problem was indicated by the preliminary results of a census held in November 2014. According to the National Statistics Office of Georgia (GeoStat), the estimated size of Georgia’s population was 3,729,500 on January 1, 2015. This was down 642,000 people, compared to the 2002 census.

This means that the rural population shrank by 23.8 per cent and the urban population by 6.3 per cent.  The final census figures will be published this spring.

The 2002 census listed 164 Georgian villages as deserted and 152 as barely inhabited. Experts say that the final results of the 2014 census will show these numbers to have grown.

Marc Hulst, programme officer at the International Organisation for Migration (IOM) in Tbilisi, warned that “without any [change in] policy, depopulation will continue”.

Many of these villages are located near Georgia’s northern border with Russia, and some experts warn that depopulation could harm Georgia’s national interests.

“The high mountain regions of the eastern Caucasus have been devastated, which naturally has an negative effect on national security,” said Ia Iashvili, associate professor of human geography at Tbilisi State University.  “The problem derives from the government´s weak connections to the region.”

One of the main reasons for migration is a lack of jobs. Traditionally, agriculture and livestock were the main sources of income in the mountain areas, but only at a subsistence level.

Young people often reject farming to look for other opportunities, which in turn means a lack of agricultural workers.

Tourism development might help stem the flow of migrants from the mountain regions.  In 2014, tourism accounted for six per cent of the country’s GDP and employed 11 per cent of the workforce.

The highest numbers of foreign visitors to Georgia come from nearby countries, such as Armenia, Azerbaijan, Russia, Turkey and Ukraine.  The number of tourists from the European Union is also on the rise.

Yet, “it only benefits certain regions,” said Hulst, with others still undeveloped.

Svaneti in northwestern Georgia, for example, has benefited somewhat from tourism.  Some locals run a handful of guest houses in the larger villages, or earn money selling milk, meat products and souvenirs. Young people work as tour guides, which is a growing sector.  But in most cases, these provide incomes of below minimum living standards.

Khevsureti in the northeast of Georgia, on the other hand, has high potential for tourism development with its rich history, architecture and nature. But its lack of infrastructure and services makes it less attractive for tourists than Svaneti.

Many women from Khevsureti go to Greece to work as nannies or housemaids, which often has consequences for the families left behind.

Water, gas and electricity shortages, common throughout Georgia, made life particularly hard in remote mountain regions isolated from the rest of the country during winter.

Many locals leave these regions during the winter to move to lower areas, with only a few families remaining in isolated settlements.

In the village of Mravaldzali in the Racha region, for example, only four to five people are left during wintertime.

“The road is the problem, which should be the first thing that is tackled,” said Mravaldzali resident Bichiko Skhirtladze.

Then there are other factors, like the law for the protection of forests. While locals say that measures to prevent deforestation are positive, they argue this policy needs to be modified for communities such as Mravaldzali, where there is no alternative to wood for heating houses.

A lack of adequate education and health provision are other factors spurring migration.

Revaz Getiashvili, from the Caucasus Environmental NGO Network (CENN), said the problem with education was so severe that parents had been known to send their children to orphanages just so as they could have some schooling.

“There were individual cases when people gave up their parental rights, and the fact that they could not give their children a proper education played an important role in this decision,” he said.

He noted the example of the village of Vedzatkhevi, which had no road connections for almost eight years after the only highway was destroyed in a landslide.  As a result, children had to walk 12 kilometres to school each day.

The families who then opted to stay in the village sent their sons and daughters to children’s homes, where they could visit them once a week.  Most Vedzatkhevi residents have now left the village for good, even though their access road has since been rebuilt.

The problem may be even worse than current figures indicate.

“There are no statistics for migration from high mountain areas, where most of the people aren’t registered in the places where they actually leave,” said Hulst from the IOM.

“Most of the land property is unregistered,” added Gogishvili from the Migration Centre.  “The locals have this historical sense of belonging and do not feel the necessity to register.  They also do not have the financial resources to do so, which leads to severe problems.”

In the Svaneti and Adjara regions, this has led to property disputes, which åhave hampered infrastructure projects and caused friction between the government and locals.

The mountainous regions remain vulnerable to natural disasters such as landslides and floods.  Thousands of houses have been severely damaged, particularly in Lechkhumi and Adjara, but many people still live in them because they do not have the funds to leave.

In 2014 a special division called the Eco Migrants Department was created within the Ministry of Internally Displaced Persons from Occupied Territories, Accommodation and Refugees of Georgia.  One of its tasks was to resettle people in environmentally safer areas.

“The new law will have positive effects on migration caused by environmental problems, while economically strong residents will be able to tackle their problems on their own,” said Getiashvili.  “It´s a long-term process, and today these people are in an emergency situation.”

Georgia
Migrants, Reconstruction
Connect with us