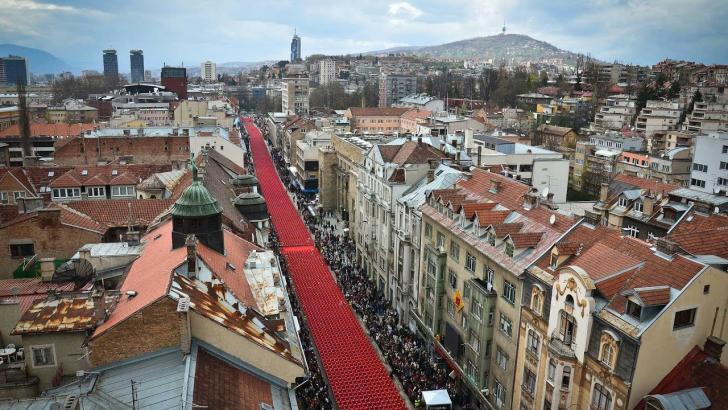 Over 11,000 empty chairs set out in Sarajevo in mute commemoration of those who died in the siege from April 1992 to August 1995. 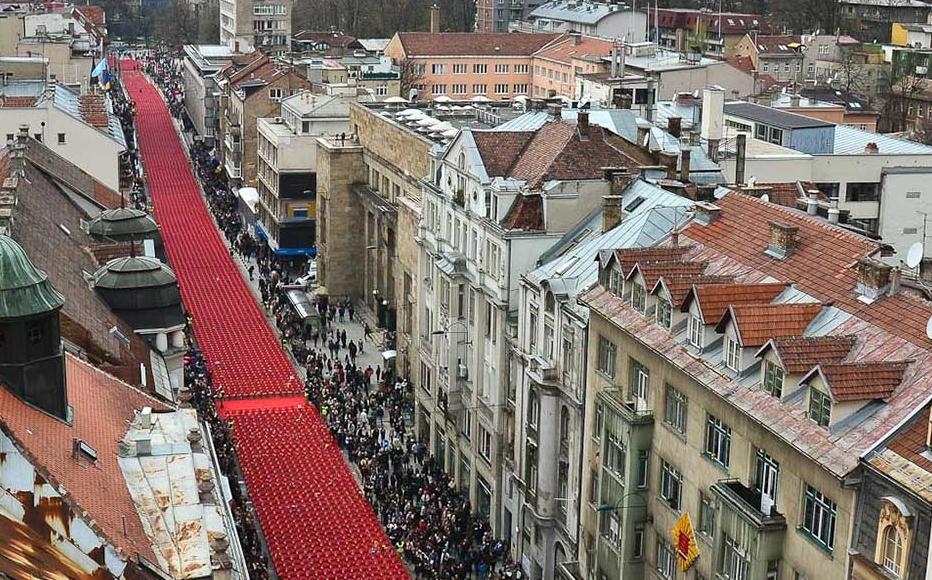 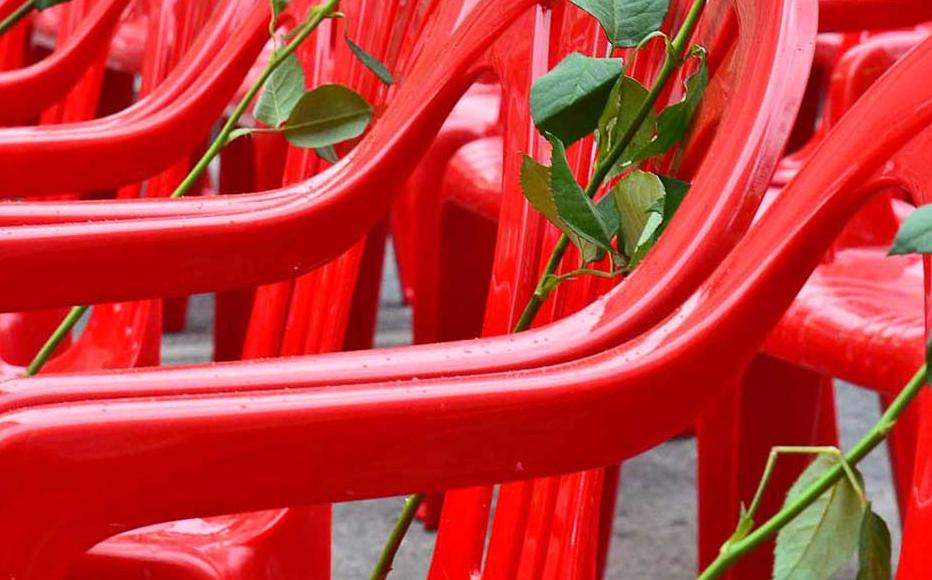 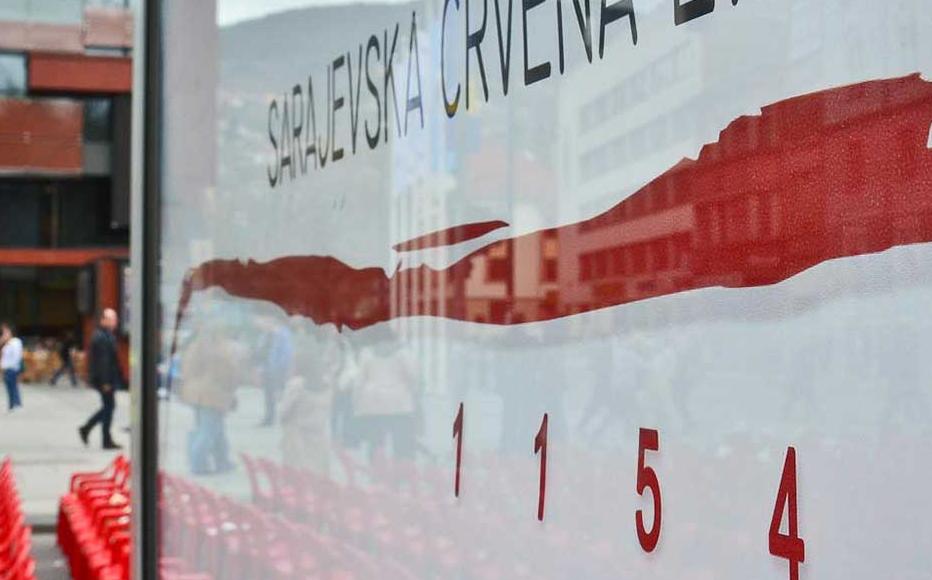 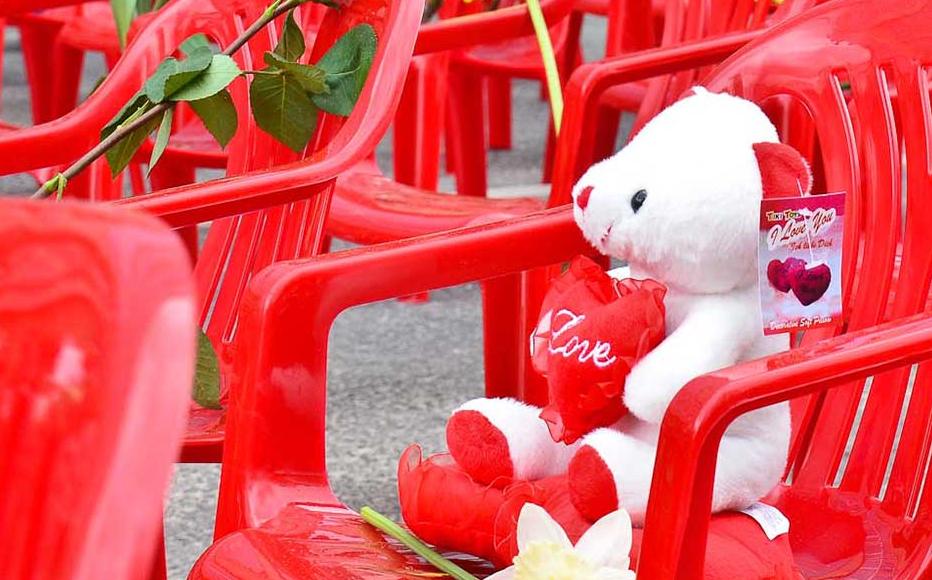 Toys were left on seats that represented the children killed in the war waged on the city. © Sanja Vrzić 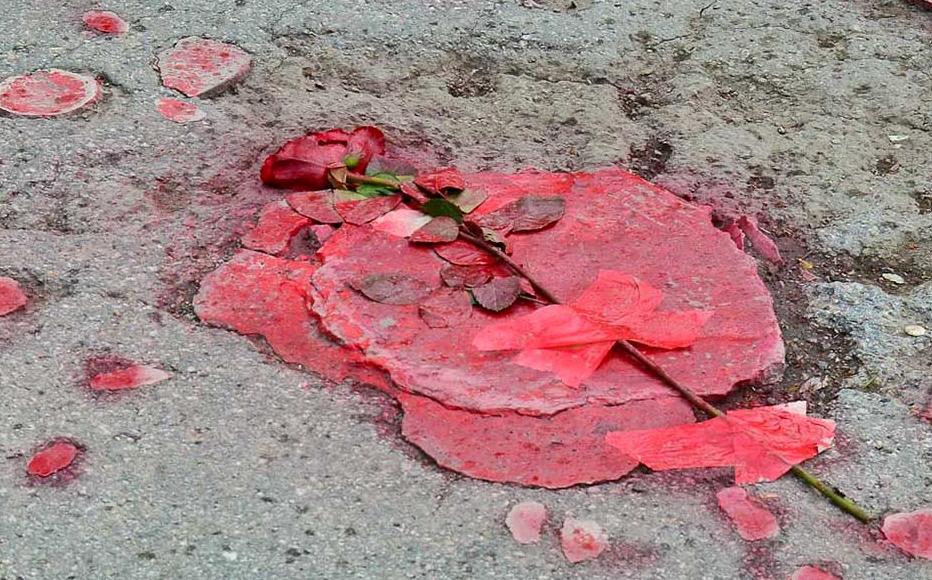 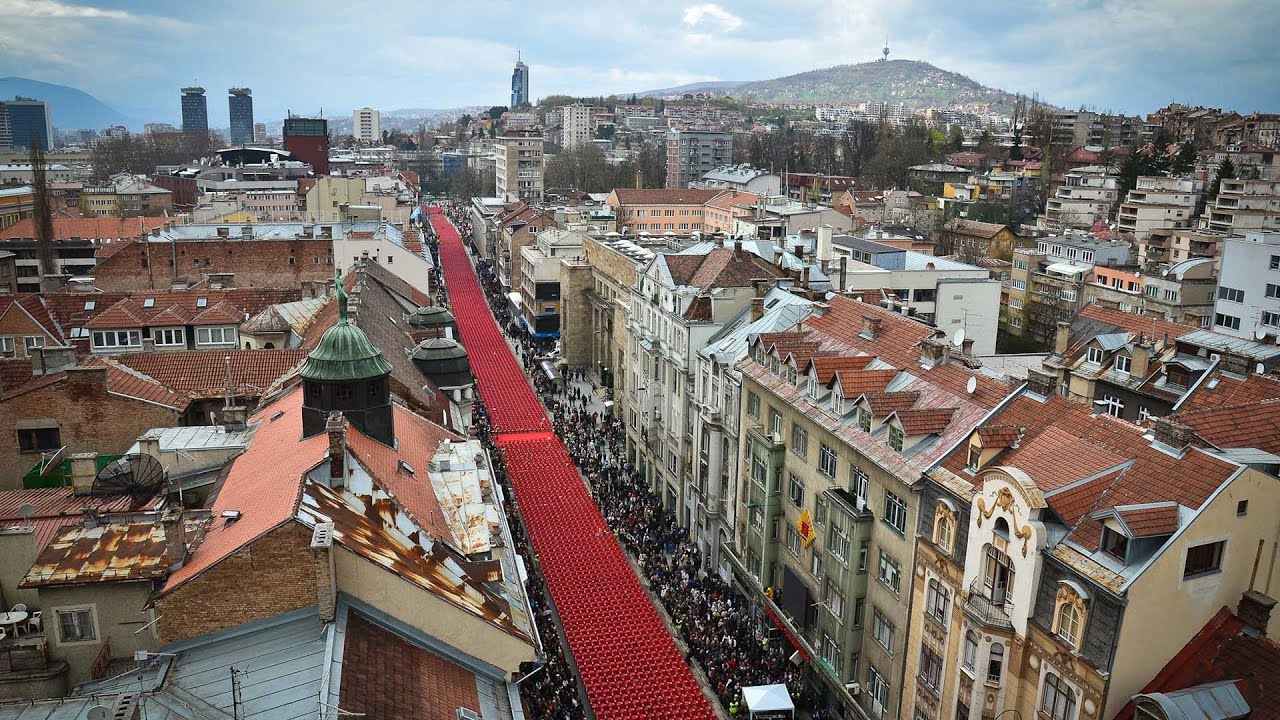 At dawn on April 6, Sarajevo woke to an unusual scene. All along the main street of the Bosnian capital, thousands of red chairs were lined up in neat rows.

There were 11,541 chairs in total, each representing one citizen of Sarajevo who was killed, died of hunger or disappeared during the siege by Bosnian Serb forces which began 20 years ago in 1992, and ended in August 1995.

The art installation, called Sarajevo's Red Line, was brilliant in its simplicity. All of a sudden, the victims were not just an abstract number. They were represented by physical objects occupying space – a huge amount of space – which actual people could have occupied had they been alive.

Looking down from the city’s rooftops, the line of chairs resembled a red river flooding the city. The scene was horrifying and staggeringly beautiful at the same time.

Some chairs were smaller than the others, to represent the children – more than 1,500 of them – killed by mortar and sniper fire from Bosnian Serb positions on the hills surrounding the city. On these chairs, people placed teddy-bears, toys and flowers.

As the day went by, thousands of people, many of them in tears, walked past the rows of chairs in silence, placing tributes on the chairs and paying their respects to those who died in the longest siege in Europe since World War Two. All the chairs faced a small stage where a concert took place in the afternoon to commemorate the victims.

The crowd of people who came to see the concert and pay tribute to the victims included more than 100 international journalists who had reported from Sarajevo throughout the 1992-95 war. On April 6, they gathered at the Holiday Inn hotel – which served as their main base during the siege – to remember the Bosnian war, see old friends and exchange experiences.

For many, it was the first time they had been back in the city since the war ended.

“What does it look like to you now?” I asked an old friend, an ABC News producer whom I had not seen in more than a decade.

“It's a different city now,” he replied. “The last time I was here, the traffic lights weren’t working and the whole city was in ruins.”

He described how he and his former colleagues took a stroll from the Holiday Inn to the Old Town – a three-kilometre walk that would have been unimaginable during the war, when the city was exposed to constant shelling and sniper fire from the surrounding hills.

I saw a lot of old friends that day, most them now world-class journalists who have covered many wars since Sarajevo. All seemed genuinely happy to be back in the city after such a long time.

But they were also saddened that Bosnia had not made as much progress as it should since the end of the war.

At a conference held at the Holiday Inn later that day, foreign journalists shared their memories of wartime Sarajevo with their colleagues and a huge local and international audience.

BBC correspondent Allan Little made a particularly moving speech about the spirit of the Sarajevans, which had profoundly affected him. He said he admired them for continuing to dress up, go to work, hold concerts and put on plays in spite of the siege, death and constant horror to which they were exposed.

That same day, I represented IWPR at a conference organised by the AFP Foundation and the Council of Europe, titled, “Media in War and Peace: Could We Do Better”?

Local and international journalists talked about the role of the media in war, about truth, lies, propaganda, and lessons to be learned. They also discussed the media scene today, which is just as polarised as Bosnian society itself, save a few noble exceptions.

I talked about the work IWPR has done in the Balkans since the early Nineties, particularly the scores of young reporters we have trained up to report objectively and professionally on war crimes and issues related to transitional justice. But I also pointed out that all too often, these young journalists are unable to apply their skills because the editors of the media outlets they work for are convinced that unbiased reporting is “boring” and has no appeal to a wider audience.

At various conferences that day, there was a lot of discussion of the role the world’s media played during the Bosnian war, and the extent to which reporting by international journalists helped end the violence. Some described how incredibly frustrating it had been to send reports on atrocities on a daily basis, only for the world to ignore their calls for action for years.

Others noted that it was equally frustrating to see Bosnia in its current state today – neither at war nor at peace, but something in between.

“The war has continued, but by different means,” one conference participant remarked.

I couldn’t help but agree with him, when I read the news reports that evening about the various events in Sarajevo that day.

One report, written by Bosnian Serb journalist Svjetlana Tadic and published in the Banja Luka daily Glas Srpske, claimed that Sarajevo had never been under siege at all.

“In a series of events today, people in Sarajevo will mark the so-called ‘siege’ of this city... although all the data points to the fact that this is not what happened in Sarajevo in 1992,” she wrote.

Tadic went on to say that ethnic Serbs were expelled from this city 20 years ago, and that they were only “defending themselves from the attacks from the other side, the side which wanted Sarajevo to be a city without any Serbs”.

What she did not mention was that the 11,541 Sarajevans who died in the siege included many Serbs, because the mortar shells and sniper bullets fired from the surrounding hills killed city residents indiscriminately, regardless of ethnicity.

During the war, good journalists – foreign and local alike – grew frustrated by the denial of the international community, which for years remained blind to the sufferings of innocent people in Bosnia and refused to act to stop that suffering. Today, those journalists face an equally daunting task – fighting denials that atrocities took place and that those responsible should answer for them.

But those 11,541 red chairs which glistened in the sun in central Sarajevo like a river of blood were a warning that we must never give up the fight against this denial.