Murder trial still to take place in an Armenian court.

Murder trial still to take place in an Armenian court. 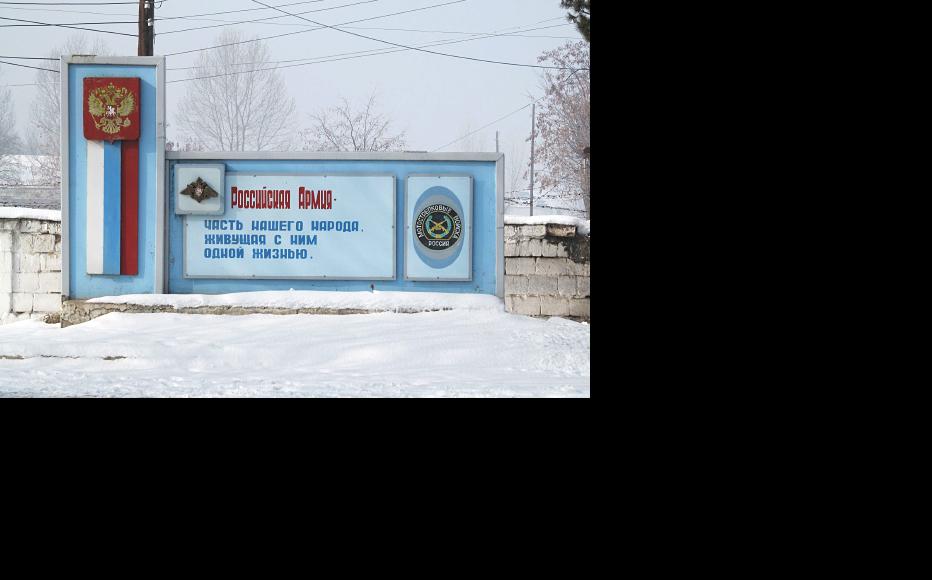 The Russian army base at Gyumri. (Photo: Armine Martirosyan)
The link has been copied

A Russian soldier accused of the motiveless killing of seven civilians near his army base in Armenia has been given a ten-year sentence for disciplinary offences at a court martial, while the actual murder charges will be tried in a local court.

Private Valery Permyakov went absent from the military base which Russia maintains near the Armenian city of Gyumri on January 12. He later killed seven members of the Avetisyan family, who lived in the city. The victims included a two-year-old girl and a six-month old boy; the latter survived but later died from his injuries in hospital.

Police found an AK-74 rifle and ammunition at the crime scene, and Permyakov was detained the same day close to Armenia’s border with Turkey, about 15 kilometres from Gyumri. He was handed over to the Russian military authorities at the base, much to the annoyance of many Armenians who felt he should have been held, prosecuted and tried by the national authorities. (See Armenia: Murder Case Strains Relations with Moscow.)

On August 12, a Russian court martial held at the Gyumri garrison found Permyakov guilty of desertion, stealing a weapon, and bearing it without permissions. He was given the maximum sentence, ten years.

Last month, the Russians handed over case files to Armenian investigators, who plan to bring a prosecution for murder under national jurisdiction. Prosecutors are preparing a case and arranging procedural matters, and lawyers acting for relatives of the victims are awaiting further announcements.

The decision to let the murder case be tried in Armenia is a significant turnaround. Initially, Moscow had suggested that Permyakov would not be sent to trial in Armenia. Russian does not extradite its nationals to other countries. The change seems to have come about at a meeting in later June between President Serzh Sargsyan and Russian transport minister, who is joint chair of an inter-government commission.

Permyakov is still in custody on the Russian base, but Armenian lawyers say he is likely to be transferred to the civilian authorities pending a murder trial. They argue that because Armenian law does not permit trials in absentia, the Russians must logically hand him over.

Russia and Armenia are close and longstanding allies, but the Permyakov case comes at a time when the relationship is going through a difficult patch. Claims that Armenian officials were deferring to Moscow on the custody issue coincided with other concerns like Russian arms sales to Armenia’s foe Azerbaijan, and hefty electricity price rises ordered by the Russian-owned power company. The prices rises led to unprecedented protests in the capital Yerevan, which clearly unnerved Moscow.

Ruben Megrabyan, a researcher at Armenia’s Centre for Political and International Studies, believes that officials in Moscow realised that they needed to make a concession on Permyakov in order to reduce the broader turbulence in relations.

“I see this as an achievement for Armenian public, in that it made Russia stop and think,” he said.

Yervand Varosyan, one of the lawyers acting for the Avetisyans’ relatives, agrees.

“I don’t think there can be coincidences like these,” he said. “In order to calm the protests in Armenia, Russia decided to hand over the Gyumri murder case to Armenian jurisdiction.”

Yerem Sargsyan, another of the lawyers, says that this is a unique case since the only person who can give eyewitness testimony in court is the suspect himself. Sargsyan says there is no current evidence that would explain the crime – Permyakov does not seem to have known family members personally.

But there is a danger the trial process will be compromised by a number of factors – principally the fact that for many months, the suspect and any remaining evidence have been under Russian army jurisdiction.

As another lawyer, Lusine Sahakyan, points out, there is no chance now of Armenian investigators obtaining forensic evidence showing whether the suspect had recently fired a gun.

Varosyan agrees that at this distance from the events of January, any Armenian investigation is necessarily going to be incomplete.

Like Sahakyan and other legal experts, Varosyan believes the Russian court-martial was flawed in a number of ways, further undermining Armenian efforts to get at a definitive truth.

The court martial took just eight hours to hear the case and reach a guilty verdict on all charges. Permyakov refused to give new testimony, so the prosecution case rested on evidence he gave early on in the investigation.

In the evidence he gave, Permyakov contradicted parts of his story. Initially he said he arrived at the Avetisyans’ house completely by chance and asked for a glass of water. He killed the family because he was afraid they would report him to the Russian military authorities. But the story presented to judges was that he planned to rob the Avetisyan family of money and gold, and opened fire because he panicked when they woke up. He gives different accounts of how long he spent inside the house, and of how he got as far as the Turkish border.

Another fact that alarmed Armenian law experts was that the defendant periodically lapsed into sleep during the court martial, and appeared wholly unconcerned about the proceedings. At the end of the trial, he admitted guilt and said he was prepared to take the consequences. Lawyers for the family are asking for new psychological tests. Army psychiatrists had found that the suspect was of sound mind, that he was not on drugs, and that he did not display aggressive traits – he was in fact fit for military service.

Mihran Poghosyan, another of the relatives’ lawyers, notes that an addendum to the verdict exists but was not read out at the end of the court martial. He believes this relates to procedural breaches that occurred on the base that the Russians did not want to be made public.

Levon Barseghyan heads the Asparez Journalists’ Club in Gyumri, and he too is sceptical about the proceedings, which he describes as a “well-directed theatrical performance” designed to produce a swift verdict and reduce to a minimum the information that got out to local media.

Armine Martirosyan is Armenian correspondent for the Kavkazsky Uzel website.

Armenia, Russia
Diplomacy, Rule of Law
Connect with us