Pro-Kremlin narratives rule the information space in an autonomous region with deeply rooted ties to Moscow.

Attacks are tracked to pro-Kremlin forces as tools to put pressure on Chisinau in the wake of the Russian invasion of Ukraine.

Pro-Kremlin narratives rule the information space in an autonomous region with deeply rooted ties to Moscow. 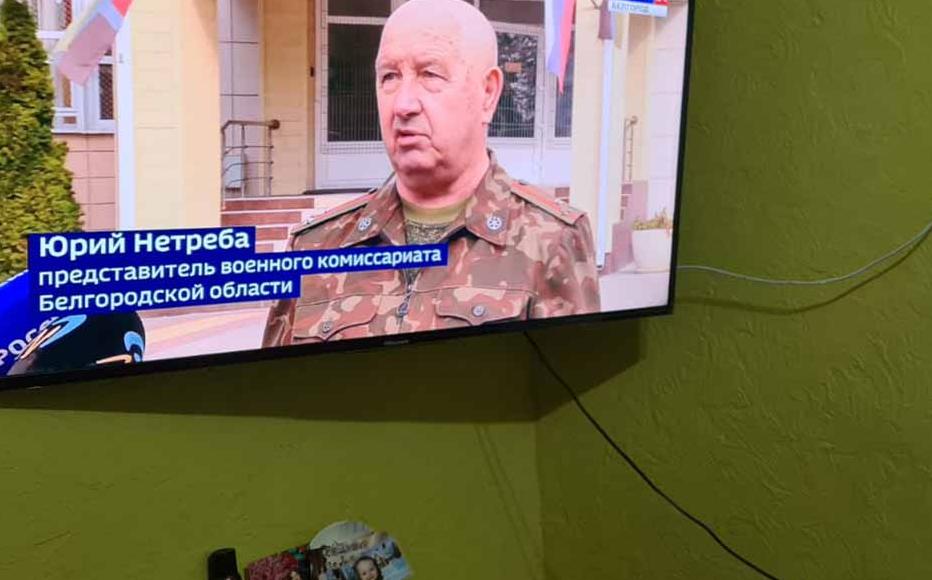 Konstantin, a pensioner from Moldova's autonomous region of Gagauzia, watches a report about the announcement of "partial mobilization" for the war against Ukraine on pro-Kremlin channel Rossiya 24. © Piotr Garchu/IWPR
The link has been copied

When Moldovan special forces held military exercises this summer in Comrat, the administrative centre of the autonomous region of Gagauzia, a local website claimed that the drill was aimed at “restoring order” in the southern region and scaring residents.

The August 17 practice was in fact part of nationwide exercises, but the false assertion of an attack to Gagauzia’s autonomy found fertile soil in the pro-Russian disinformation space.

The story originated on a website owned by Victor Petrov, a local deputy close to regional governor Irina Vlah, and was also shared by Russian TV personality and propagandist Vladimir Solovyov on his Telegram channel.

Pro-Russian sentiments are high in the Autonomous Territorial Unit of Gagauzia (ATUG), with pervasive Kremlin propaganda amplifying claims that the central government is controlled by the West.

“We have got a situation where some of our fellow citizens perceive the world not only through Russian television channels, but also through the stereotypes that have been instilled in these people,” Oazu Nantoi, a former journalist and lawmaker with the ruling Party of Action and Solidarity (PAS), told IWPR.

The pro-Kremlin narrative increased after the victories of pro-European Maia Sandu in the 2020 presidential vote and PAS in the 2021 parliamentary elections, and became even stronger after Russia’s full-scale invasion of Ukraine

In early September, when Sandu visited Gagauzia, local government deputies accused her of being a pawn of the West unwilling to build good relations with Russia, amid an energy and economic crisis which has hit the already impoverished area hard and worsened feelings of injustice.

During her address to the UN general assembly on September 21, Sandu named propaganda and disinformation as among the key challenges her country of 2.6 million faced.

The Moldovan government has been trying to contain Russian propaganda for years. In 2017, the parliament voted in a bill banning Russian propaganda, enacted in 2018 after the constitutional court suspended then pro-Russia president Igor Dodon’s veto powers. In January 2021, the parliament annulled the ban, making Russian broadcasters fully available. The restriction was then re-introduced in June in a back and forth that reflects the country’s political polarisation.

Described by Moldova’s opposition as “instituting censorship”, the Informational Security law stipulates that 50 per cent of content broadcast on TV stations must come from the EU, US and states that have ratified the Convention on Transfrontier Television.

Numbering 135,000, Gagauzs are a Turkic Orthodox Christian group and make up 80 per cent of the population of a region whose attachment to Russia has also strong historical roots.

“In the 1930-40s [when the region was under Romanian control] Romanian policemen were brutal, then the Soviets came and they were met like saviours,” Georgy Leichu, vice-speaker of the Gagauzian parliament, told IWPR. “Then, in the 1990s, a division of Russian soldiers was stationed in the city of Bolgrad [now in Ukraine] and they protected the Gagauzians. Thanks to them it was possible to avoid clashes with Moldovan volunteers who were moving south. These events have left their mark.”

As the Soviet Union was in meltdown, Gagauzia announced it would break ties with Chisinau and declared independence. Unlike Moldova’s breakaway region of Transnistria, the separation did not turn into an armed conflict and was resolved in late 1994, when an agreement over Gagauzia’s autonomous status was reached.

Language remains a sensitive issue. Amid the hardship that followed the USSR’s dissolution, people continued to use Russian to communicate. Today about 95 per cent of schools have Russian as a language of instruction and Gagauz is listed as a vulnerable language.

“Gagauzians mostly speak Russian,” Leichu added. “Over the past ten years, many local residents moved to Russia, they got married and settled there and this also had its impact on relations with Russia.”

Although workers increasingly opt to seek employment in Europe, not least because of the steady fall of the value of the rouble, buses continue to leave from Comrat to Russia three times a week.

There is one regional public television, GRT, which broadcasts largely in Russian, with some programs in Gagauz and Romanian. The few private TV channels are almost entirely in Russian. Vesti Gagauzii, the main newspaper financed from the regional budget, publishes only in Russian.

A 2021 poll by the Chisinau-based Institute of Public Politics found that 90 per cent of Gagauzia’s residents consumed news from Russian-language media outlets, which are controlled either directly by the Kremlin or by the pro-Moscow Socialist Party (PSRM). About 62 per cent of respondees expressed their confidence in Russian-language news.

The older generation, who often miss the Soviet era, is particularly vulnerable to disinformation.

Nikolay Kotrobay, a pensioner from the village of Dezginzha, regularly watches pro-Kremlin channels like Russia-1. He supports Russia’s invasion of Ukraine.

“I grew up in the Soviet Union, I served in the army. Even then, I realised what the Ukrainians were like, cunning and unreliable,” he told IWPR.

“[Ukrainians] are nationalists. I worked in western Ukraine for two years in the 2000s. Shopkeepers would not reply to me if I spoke in Russian, but would respond if my son, who studied there at the military academy, spoke in Ukrainian. Everything that is said on TV is true,” he said, adding that his nephews live in Ukraine, but “they live in Lutsk, far from the frontline. And my relationship with them is not so close”.

“We need to punish those who disseminate fake news and disinformation."

“I mostly get information from social media like Telegram channels, rarely from Tik-Tok videos,” 21-year-old Darya explained to IWPR. A student at Comrat State University, she is against the war in Ukraine but believes that the US is to blame for the conflict.

When asked how she identified whether a source was reliable or not, Darya replied that she considered “the number of subscribers”. While acknowledging that she was exposed to propaganda, she still supported the narratives disseminated by the Russian authorities.

Moldova and Ukraine share a 1,220 kilometre-long border, of which 450 are with the breakaway region of Transnistria, and ties are historically solid. There are thousands of mixed families and many Moldovans head to Ukraine for work.

Natalia Kirillovskaya’s relatives live in Uman, in central Ukraine, and she has been hosting Ukrainian refugees since the first days of the war.

“I am careful with the information… I understand people who are caught in this trap,” the Comrat resident told IWPR. “Many do not think about what is going on around them, they only think that if they can earn money for the family, then everything will be fine. But in fact freedom matters, if you don’t have freedom, you won’t be able to earn money and live [fully] your life.

In July, the court of appeal annulled the Gagauzian law. Cable operators will be able to broadcast until December 31, 2022 but will then stop working, unless the Supreme Court upholds the Gagauzian legislation.

“We also need to punish those who disseminate fake news and disinformation, including the Gagauzian officials, especially those who do it deliberately in order to sow panic in society,” he said.

For media analyst Ion Bunduchi, erasing decades of exposure to the Kremlin’s narrative could only be challenged when individuals realise they are being deceived.

“Propaganda can be banned by law and such measures will show some effectiveness, but only critical thinking gives certain results,” he told IWPR.