Riding "The Beast" to the US

Central Americans risk life and limb in their search for a better future.

Riding "The Beast" to the US

Central Americans risk life and limb in their search for a better future. 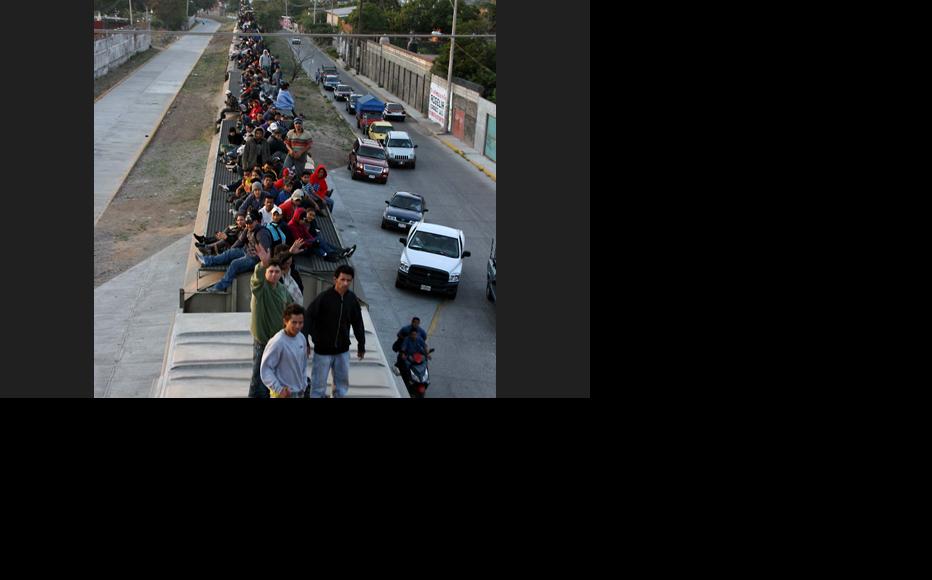 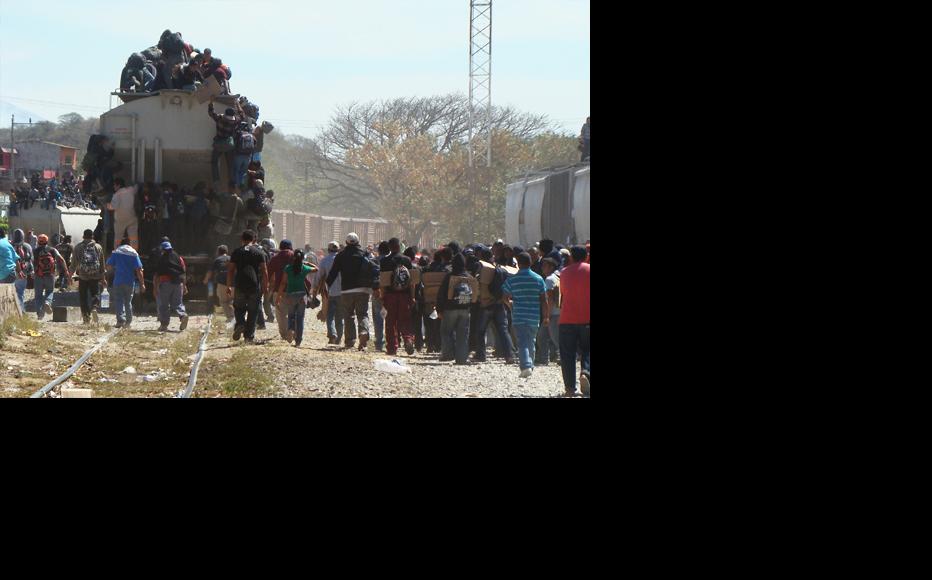 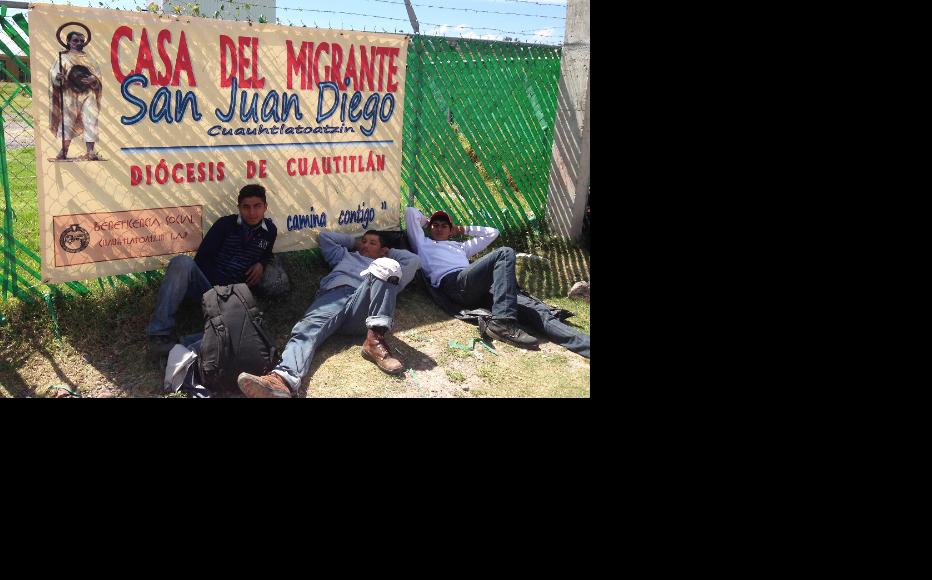 Migrants rest for a short while in the shade at a hostel. (Photo: IWPR) 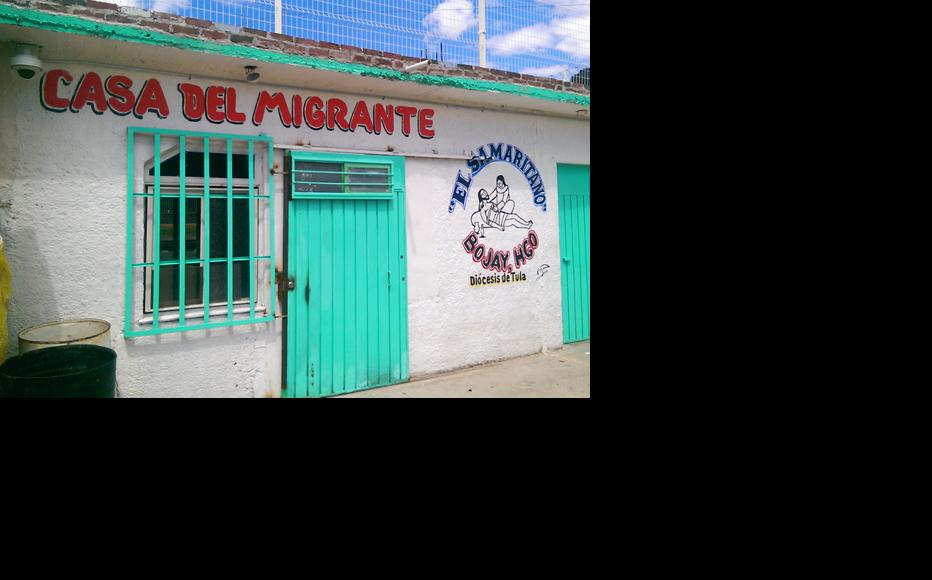 Hostels along the route of La Bestia provide a brief respite form an arduous journey. (Photo: IWPR)
The link has been copied

Juan Orlando, a 35-year-old Honduran, sits in the hot mid-morning sun outside a hostel for migrants next to train tracks in the Mexican municipality of Huehuetoca.

With him there are dozens of other men and women, also waiting for a train they hope will lead them to a land of opportunity. La Bestia - the Beast – is the name given to cargo trains that cross the whole of Mexico, and each year thousands of Central Americans risk their lives trying to reach the United States this way.

The San Juan Diego Migrant House, run by the Cuautitlán diocese, is just one of many such refuges dotted along the route of La Bestia. Migrants can find water, food, a bed for the night and perhaps a blanket and a pair of shoes for the rest of the journey.

At the entrance there is a sign welcoming “brother migrants” and announcing that the local Catholic church offers them “rest, food, clothes, medical attention and bathing.”

“If you need legal advice, we’ll happily provide it,” the message continues, ending, “You are not alone, Christ walks with you.”

Orlando says that he has embarked on this dangerous journey three times before. This time, he says, nothing and no one will stop him reaching his goal.

He was 23 years old when he made his first attempt, accompanied by his wife. They walked most of the way long way through Guatemala but decided to wait for the Bestia when they reached Tapachula, on Mexico’s southern border.

“We rode the Bestia for several hours. When night fell, sleep overtook us. We woke up several times with a start, thinking we were falling into the void,” Orlando said.

At one point near morning the train stopped and several people got on. Orlando woke up in fright again to hear a man demanding money from him. It was a member of the Zeta cartel, the drug syndicate that controls the routes migrants take to the US.

“I told him that I only had 50 [Mexican] pesos with me,” Orlando said. “The man looked annoyed and told me that permission for us both to continue on the train would cost 200 pesos.”

Faced with this warning, Orlando told him they’d get off immediately. The train runs at about 50 kilometres per hour and he jumped off the train first, expecting his wife to follow.

As Orlando started to get up, he felt a body fall heavily by his side.

“The coward had thrown my wife off the train,” he said.

To his terror, he saw that a wooden stake had pierced her side as she landed. Blood was streaming from her body and she lay on the ground, incapacitated.

Orlando crawled for a few metres. The sun was rising and in the distance he saw a car with the logo of the Beta Group from the National Migration Institute (INM), the organisation tasked with migrants. He shouted over to them for help and they called a helicopter to transport Orlando’s wife to hospital, saving her life.

Hundreds of migrants meet with accidents while riding the train across the country.

According to INM and the International Committee of the Red Cross in Mexico, between 2002 and 2014, at least 476 migrants suffered mutilations as a result of falling from La Bestia.

Seven years later, Orlando decided to attempt the journey again, this time on his own.

He managed to safely get as far as the border city of Nuevo Laredo, in Tamaulipas state in northeast Mexico. However, here he faced one of the biggest threats migrants meet en route – kidnap.

Orlando was seized and taken to a casa de seguridad, a safe house used by organised crime syndicates where prisoners are held until a ransom is paid. This is big business for the cartels; the INM recorded 682 cases of kidnapping in 2014 .

“There was a prisoner in each room,” he recalled. “I could tell because I could hear them crying or moaning at night.”

His captors demanded the enormous sum of 10,000 US dollars for Orlando’s release. So there would be no doubts regarding what would happen if his friends and family did not pay the ransom, the kidnappers cut off the first joint of the little finger on his right hand.

Orlando displays his mutilated hand as if it were a war wound.

“I was held for four months. They only gave me beans to eat so I wouldn’t cost them anything,” he said.

Only in the last month did his captors come up with the idea of connecting him with his family and friends through Facebook so that they could collect the money.

“Thank God some Dominican friends responded to the call; between everyone, bit by bit, they got together what was demanded,” Orlando said. He was released after the payment.

For this, his third attempt, Orlando decided to take the more circuitous route to the US via Sonora, in north-western Mexico.

“The journey is longer, but it’s safer,” The Zetas, he explained, operate on the north-eastern side of Mexico.

This time, Orlando said, he feels more confident. Now he has experience on his side.

COMPASSION FOR THOSE IN NEED

Further south, in Apaxco, another hostel is also hosting a group of Hondurans.

The small Baptist temple has Matthew the Apostle’s quote, “My house will be called a house of prayer for all nations” painted on its wall.

The dozen men and women have just had lunch and are resting on some benches.

Alberto left in April, escaping both poverty and the gangs that threaten his family and tried to recruit him into drug trafficking. He has already worn out two pairs of shoes walking most of the way. His goal is to reach Los Angeles, where he used to work, and he thinks he will make it there in less than a month.

The facilities are modest. In the main room there is a table with place for six people and a shelf that holds some rice and beans. Tucked behind some curtains are mattresses and blankets for those who want to spend the night.

Mario, the pastor, is full of compassion for those seeking a better life in the US. When his parishioners complained about the continual presence of migrants in the temple, he told them that if they wanted he could place a sign at the door warning migrants that they were not welcome. In that case, though, Mario himself would be the first person to leave. No-one complained again.

“Here, we ask them only to stay a day so there is space for the people coming next,” Mario explained. But he accepts that sometimes people stay longer because they are not sure if they can carry on with their perilous journey, adding, “We don’t encourage them to continue, because we know that this doubt has been planted in their hearts by God.”

Mexico
Migrants
Connect with us